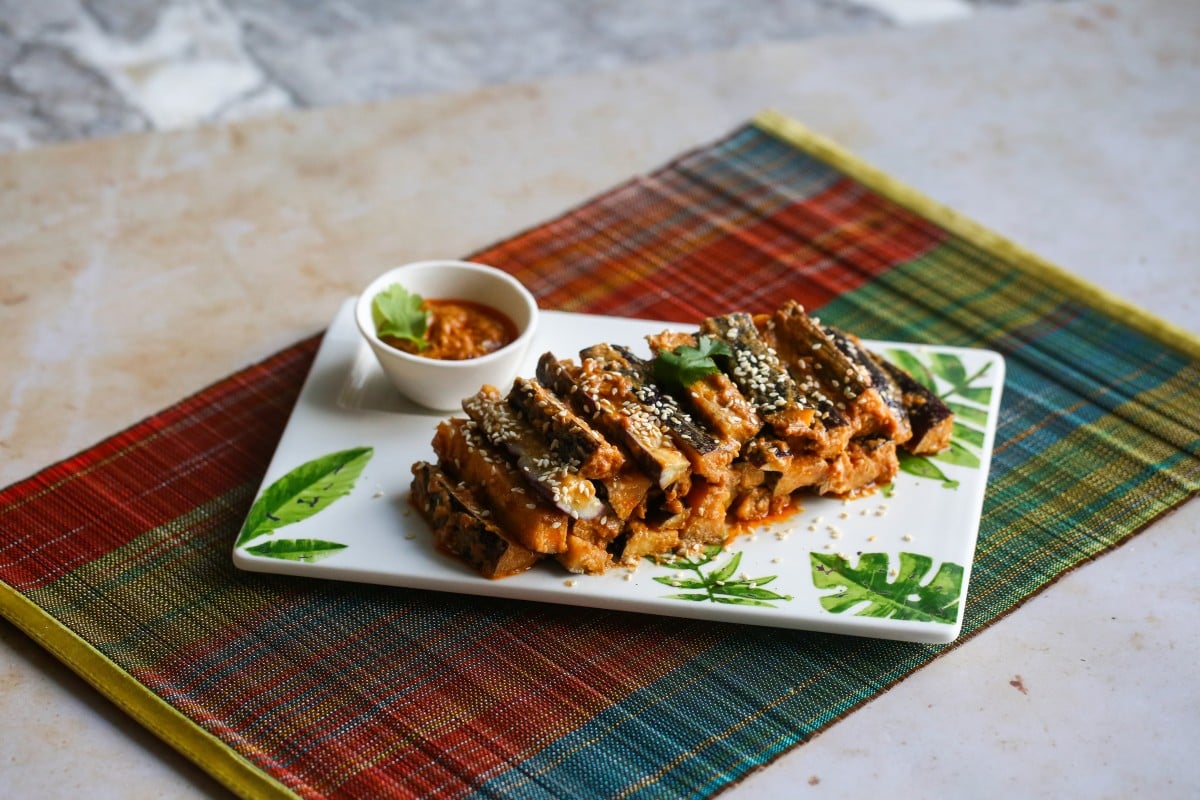 Many people dislike the eggplant’s spongy texture, but that’s what makes this fruit – yes, it is actually a berry even though it is generally thought of as a vegetable –appealing to cooks; it absorbs the flavour of other ingredients. It's also notorious for absorbing oil when it's fried, but that's not a problem with this recipe, where the eggplant is steamed.

Mix the cooked eggplant and the sauce at least 30 minutes before you plan to serve the dish, so the flavours can blend. This recipe makes a lot but the dish keeps well in the fridge. When you want to eat the leftovers, you might need to mix in a little hot water, to thin out the sauce.

Buy Chinese or Japanese eggplants that are as thin as possible. If they are too large in diameter, you will need to cut them lengthwise into quarters, rather than halves.

When buying sesame paste and sesame oil, look at the ingredients label: both should contain only sesame seeds. With the former, some producers often add peanuts (and/or starch); with the latter, they sometimes mix in other types of edible oils. If you can't find Chinese or Japanese sesame paste, substitute tahini made from toasted sesame seeds. 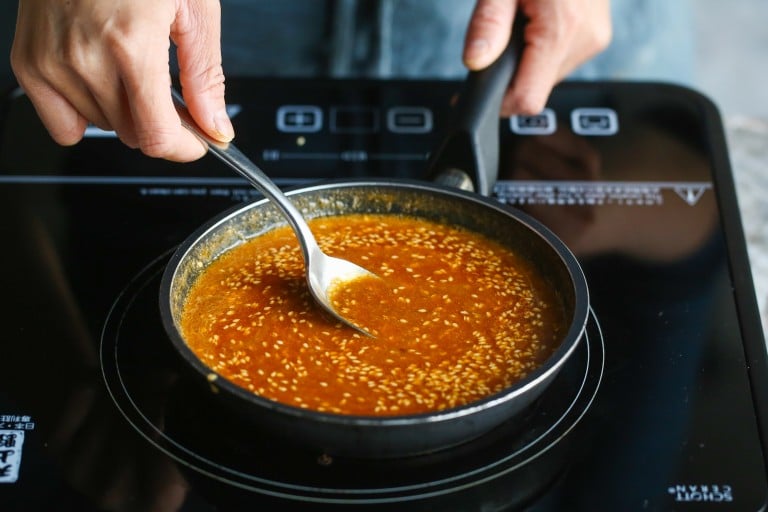 Make the sauce. Finely chop the garlic and mince the spring onions. Pour the cooking and sesame oils into a small wok or skillet and heat over a medium flame. When the oil is hot, add one teaspoon of sesame seeds and cook until golden. Mix in the garlic and cook until fragrant but not brown. Add the sesame paste and stir well, then remove the pan from the heat. Stir in the soy sauce, rice wine, chilli oil, vinegar, sugar, salt and about three-quarters of minced spring onion. Set aside to cool. 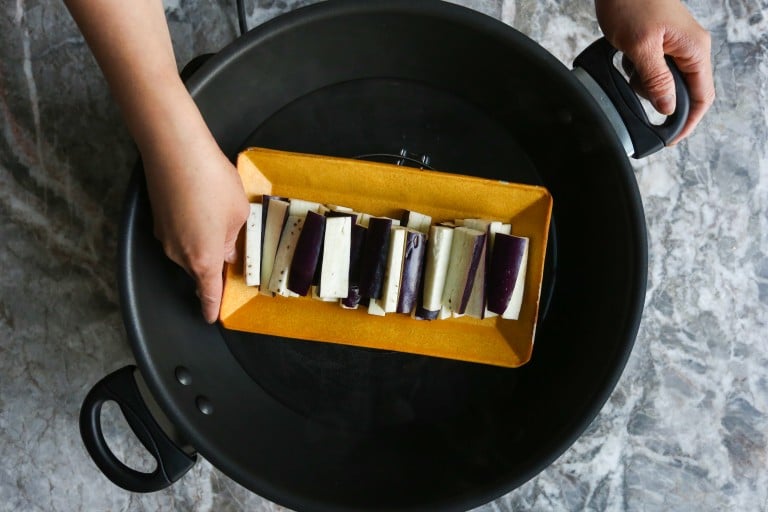 Trim off the ends from the eggplants. Slice them in half lengthwise (or quarter them, if large) then cut them into pieces about 6cm-8cm (2⅓-3⅜in) long. Spread the pieces in one layer on a heatproof dish (or several dishes) and steam for 10-15 minutes until very tender. Pour off any liquid that's collected in the steaming dish and cool the eggplant slightly. Dip a piece of egg­plant into the sauce and taste it to check the seasoning, then correct, if necessary. 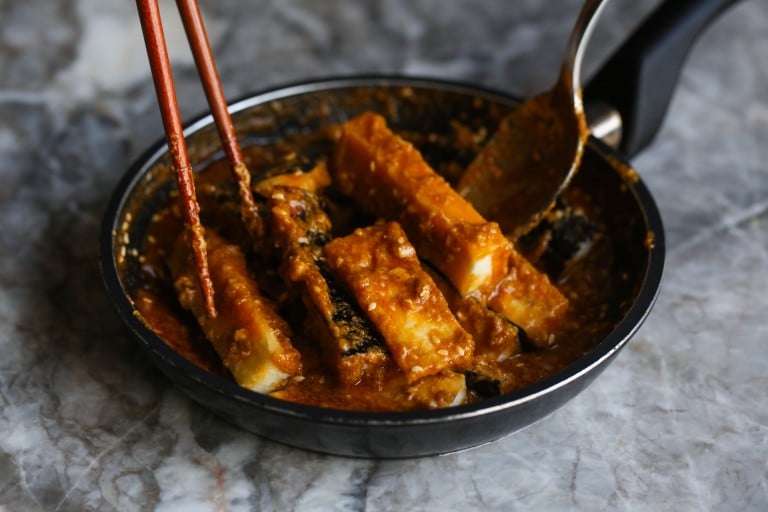 Mix the sauce with the eggplant and leave for about 30 minutes, to let it absorb the flavours. Arrange the eggplant on a serving dish. Scatter some sesame seeds and the remaining spring onion on top and garnish with coriander leaves, if using.

3/3
Susan Jung Chinese Side dish Vegetables Dairy-Free Kosher Peanut-Free Pescatarian Vegan Vegetarian Easy
Diet definitions
Liking this recipe?
Now you can save the recipe you into your own collection.
Find us on facebook
Join our community and get the latest recipes from all over Asia for you to make at home.