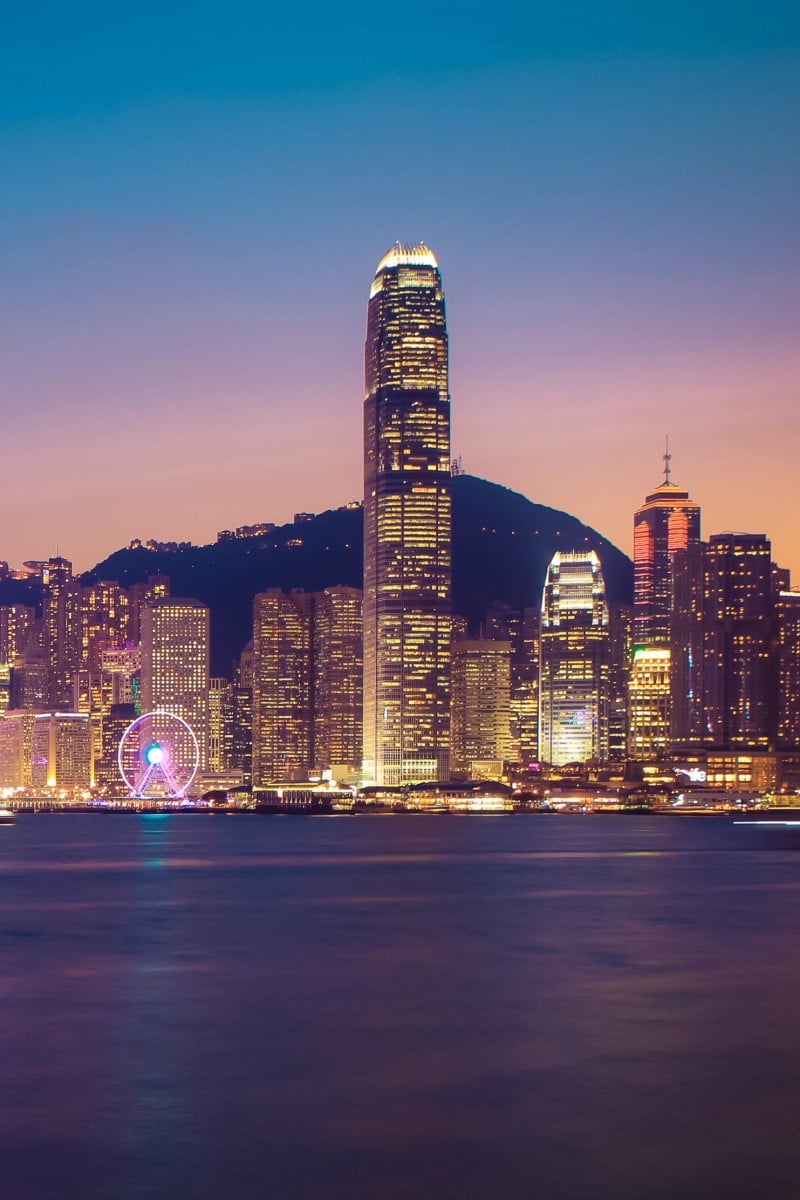 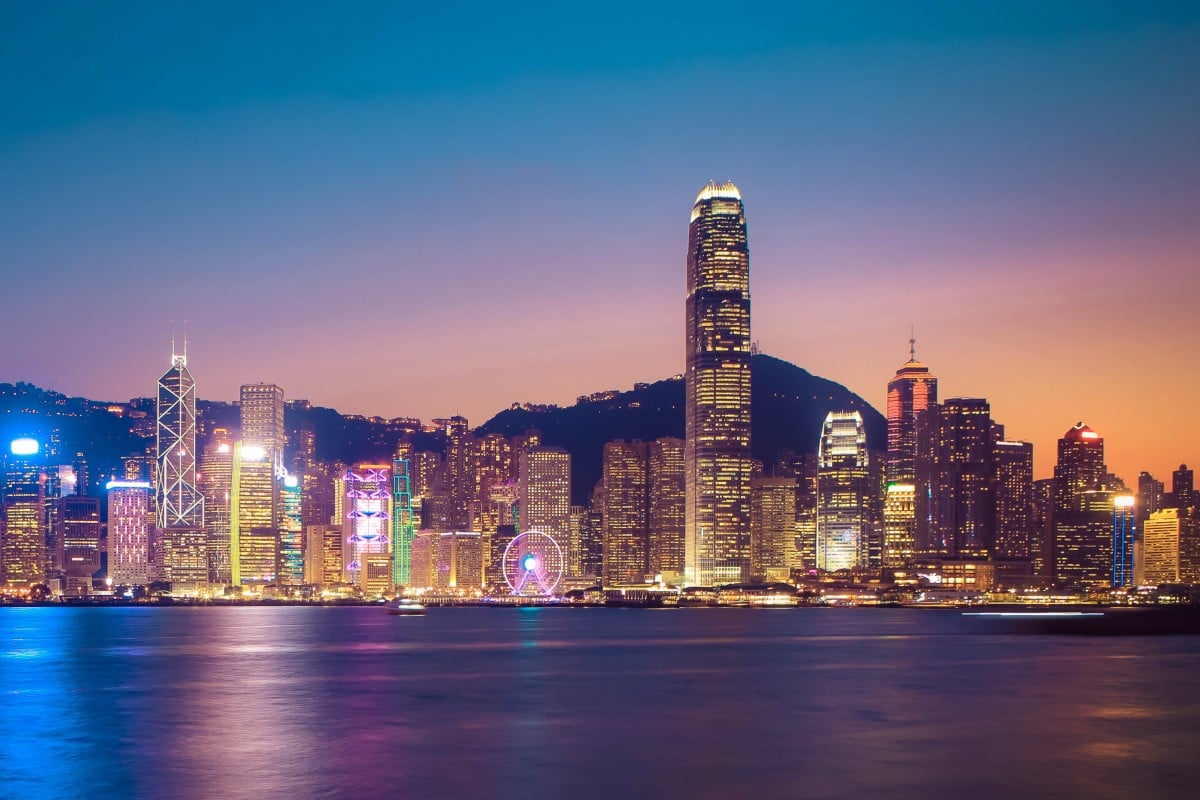 What are your favourite aspects of Hong Kong? Photo: Shutterstock

1. What do you think are the best-known Hong Kong brands around the world?

2. What was Hong Kong popular for in the past?

3. Can you switch easily between languages – for example, going from Cantonese to Putonghua or English – when you are talking with different people?

2. According to paragraph 2, which of the following is a reason for Feiyue’s success in the West?

B. constant ads and pitches

3. According to paragraph 3, what led to Feiyue’s global success?

4. Find a word in paragraphs 1 to 4 that has a similar meaning to each word or phrase given below. (5 marks)

7. What is the historical relationship between Cantonese people and Stanford University?

B. could one day become

D. will one day be

9. Paragraph 8 refers to people who …

A. are equally fluent in multiple languages.

B. speak several languages but one predominates.

D. have difficulty communicating in one language.

B. mixed code teaching in superior schools was successful.

C. oral fluency in the classroom may not indicate true understanding of the language.

D. being brought up surrounded by multiple languages was always a positive experience.

11. Find a word or phrase in paragraph 9 that has a similar meaning to “ruined”.

A. anger and despair

13. Complete the following paragraph based on the information in paragraph 10 by writing ONE word in each blank below. Your answers must be grammatically correct. (4 marks)

14. Find a word or phrase in paragraph 11 that has a similar meaning to “interested”.

17. Decide whether the following statements are True, False, or the information is Not Given in paragraphs 11 and 12. (4 marks)

(i) The underlying reason for the elderly local Portuguese ladies’ get-together was to play ba-fa.

(ii) The ladies forgot about the author’s presence.

(iii) The ladies knew other languages in addition to English, Cantonese and Macanese.

(iv) This was the first time the author had heard these three languages spoken interchangeably.

18. Match the main points (A–F) with one of the corresponding paragraphs on the left. Write the correct letter on the line next to the paragraph number. ONE main point is not used. (5 marks)

A. people from Macau.

D. the hostess and her husband.

Place one word from the box in each blank, using the correct form of the words.

2. He looked at me for an instant with a serious expression, and then we both broke out ___________ in wild laughter because we were wearing the same outfit.

3. He described the 35-year-old’s ___________ rise from a supermarket worker to a multi-millionaire restaurant owner.

4. All the waitresses of this restaurant wore ___________ so that they could move through the kitchen quickly and provide customers with the most efficient service.

5. The key players described by the author were real people who ___________ between villain, hero, and, sometimes, martyr. Unfortunately, the audience found it a bit confusing.

One way in which Hong Kong is unique is in the vast number of cultures and nationalities that are represented in the city. Even on Lamma Island, with a population of only about 7,000 people, there are people from 96 different countries, speaking numerous European, Asian, African, and North, Central and South American languages.

What is the value to Hong Kong of having people from so many different nationalities here? Write an article for the Hong Kong Post explaining why this is beneficial for Hong Kong. You may write about any of the following, as well as your own ideas:

• The influence foreigners have had on Hong Kong and vice-versa

• How this benefits individual Hongkongers

• How this benefits the Hong Kong economy

Write about 400 words. Give your article a title.

Vitasoy is a familiar sight and flavour to all who grew up in Hong Kong. Photo: AFP

1. What do you think are the best-known Hong Kong brands around the world?

I think its services are probably better known than its products. For example, HSBC, Cathay Pacific and the MTR are known around the world.

2. What was Hong Kong popular for in the past?

Back in the sixties and seventies, Hong Kong was known for being a manufacturing powerhouse for plastic flowers, toys, garments and electronics. And it was famous in the seventies and eighties for Cantonese films, especially martial arts movies, thanks to superstars like Bruce Lee and Jackie Chan. In recent years, before the Covid-19 pandemic, Hong Kong became popular for tourism with many foreigners visiting the city annually.

3. Can you switch easily between languages – for example, going from Cantonese to Putonghua or English – when you are talking with different people?

7. Many of the labourers who built the Stanford campus in the late 1800s were Cantonese immigrants.

20. Since this interaction happened more than 25 years ago and the women were all older than 80, they likely have all passed away. (accept similar answers)

Hong Kong has had an East-meets-West culture for over 300 years, since the first Portuguese ships anchored in Hong Kong’s perfect harbour. Over the centuries, this was followed by ships from Britain, other European countries, the US, India, and so forth. Settlers from these countries influenced local Chinese culture, and Chinese culture, in turn, influenced people from these countries. This East-meets-West culture has continued to the present day.

Hong Kong still appeals to people from around the world, thanks to its dynamic culture and excellent business opportunities. This is good for Hong Kong’s economy in many ways. Since the city is so multicultural, many foreigners interested in doing business with China prefer to use Hong Kong as their base for reaching the rest of China. They can easily communicate with English-speaking staff, send their children to one of the city’s many international schools, and enjoy eating at a myriad of superb Western and Asian restaurants. This multicultural milieu makes Hong Kong attractive to foreigners, who, at least in the pre-pandemic era, liked to visit Hong Kong as tourists. It is also attractive to our compatriots from mainland China, who find Hong Kong’s international environment unique.

And it’s not just mainlanders and Westerners who find Hong Kong fascinating. It has also long been a popular business base and tourist destination for people from Japan, Southeast Asia and India. As a result, Cantonese speakers have opportunities to meet, work and interact with people from many different nationalities and cultures. This exposes young people to English, which is still the international business language, and many different English accents, from American to British, as well as other languages such as French, Hindi, Urdu, Japanese and Tagalog. Whether it’s the foreign domestic workers who keep many families running, or the refugees who come to the city in search of safety, Hongkongers must strive to be welcoming to every person who calls this city home.

Many countries and cities around the world value a multicultural environment, but very few have the right combination of factors to develop one. Hong Kong has just the right geographical, historical and cultural background to have developed a multicultural society, and we must do what we can to educate others to be open-minded towards unfamiliar cultures, not prejudiced, if we want this environment to continue.