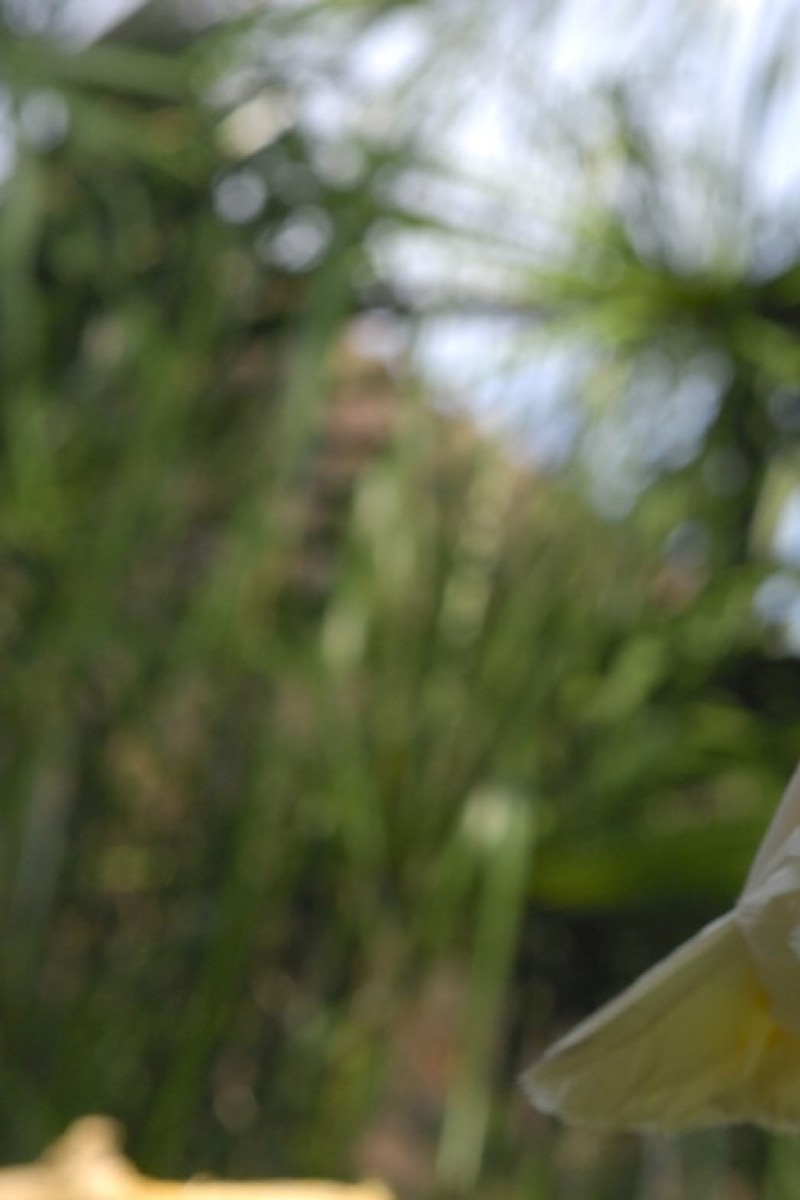 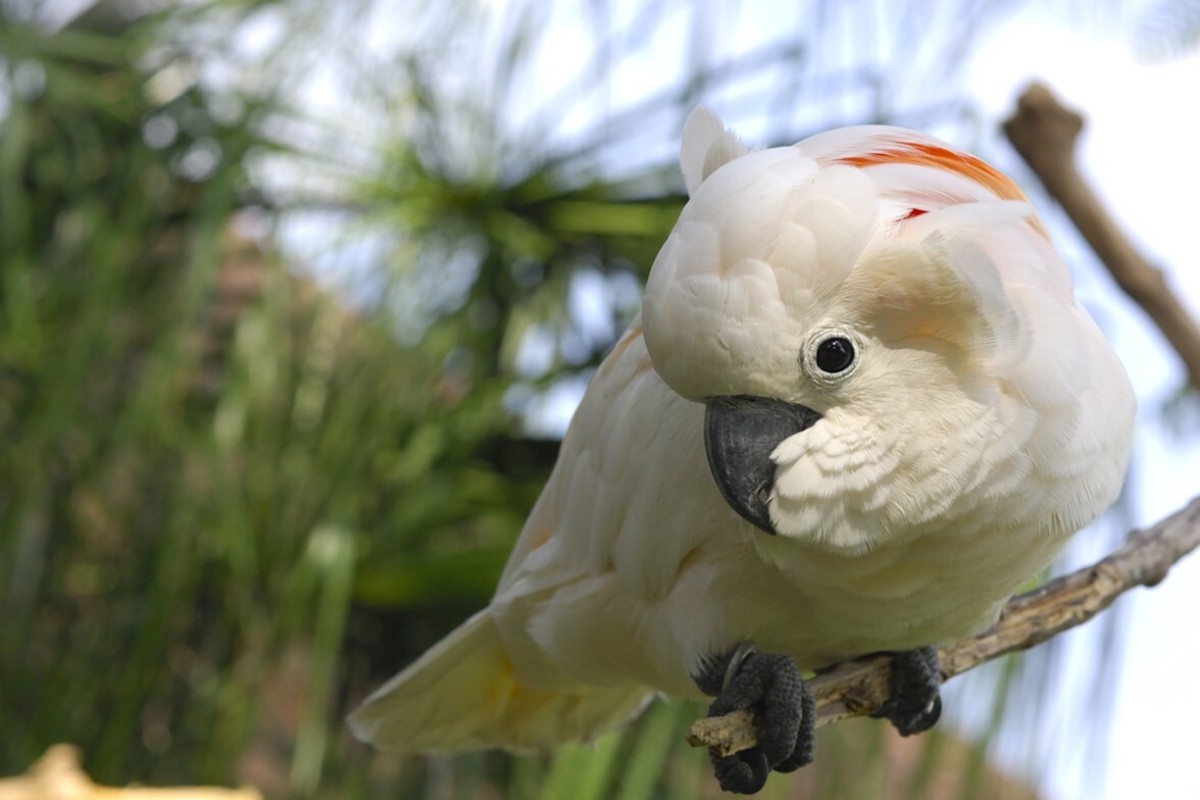 6. How are yellow-crested cockatoos different to the sulphur-crested ones in terms of personality? A. They are less vocal. B. They are tamer. C. They are more showy. D. information not given

7. Refer to the middle of the video. What caused yellow-crested cockatoos to suffer a significant decline in population? A. climate change and introduction of invasive species B. overhunting and diseases C. trading of wildlife and habitat destruction D. lack of food and pollution

10. What is the tone of this video? A. sympathetic B. informative C. sceptical D. patronising

[1] Presenter: This is a critically endangered yellow-crested cockatoo. The bird has been nearly wiped out from its original habitat [in] Southeast Asia. Globally, there are only 2,000 left in the wild. But about 10 per cent of them have found an unlikely sanctuary in Hong Kong.

[2] Astrid Andersson, PhD student, University of Hong Kong: The population that we have here is actually very important to the survival of the species.

[3] Presenter: Although they’re not from China, these beautiful, boisterous birds have found a new home in the concrete jungle. Astrid Andersson is a PhD student who grew up in Hong Kong and is now studying the city’s wild cockatoos.

[4] Astrid Andersson: There is this story that the governor had an aviary full of yellow-crested cockatoos, and when the Japanese invaded in the Second World War, he just released them. So our working theory is this population is made up from escaped or released pets that have just augmented over a period of like 20, 30, 40 years. It was related to people’s desire to have this kind of glamorous-looking, white, big bird with a loud personality. But very quickly, I think people realised that it doesn’t make a very good pet. It’s very noisy. It lives for about 60 to 70 years, often outlives its owner. It can be very messy.

[6] Presenter: The cockatoo has historically been a popular pet because of its intelligence and ability to perform tricks.

[8] Presenter: YouTube is full of videos of dancing cockatoos. Even the voice of wildlife documentaries, David Attenborough, once kept a pet cockatoo. Sir David’s cockatoo was likely a sulphur-crested cockatoo, not a yellow-crested one.

[10] Astrid Andersson: In the 70s, 80s, early 90s, cockatoos were a hugely popular caged bird. And in Indonesia, they exported over 78,000 yellow-crested cockatoos in that period to various places, including the US, Europe, Hong Kong, Singapore. So they really overexploited that population.

[11] Presenter: An international trade ban against wild-caught yellow-crested cockatoos came into force in 2002. But in spite of the potential five-year jail term in Indonesia, some smugglers still try to sneak these precious birds out. We asked Ande Kefi, a ranger in Indonesia, to tell us more about who the cockatoo poachers are.

[12] Ande Kefi: Local people, they don’t professionally catch or hunt cockatoos, but they’re only fishing or looking for something, and they see them still in the nest. Then they take the baby to sell for not so much money. It’s only maybe under US$100, not so much.

[13] Presenter: These poachers don’t each much, but when the birds change hands, that’s when the price goes up. Cockatoos can fetch quite a lot of money at bird markets like this one in Hong Kong. During a recent visit, we saw a few cockatoos, including a smaller species that looks very similar to the endangered one. The seller said the bird was a sulphur-crested cockatoo, not the endangered one, but he was ambiguous about where the bird came from.

[14] Reporter [in Cantonese]: You said this bird is from overseas. Is it caught in the wild?

[16] Reporter [in Cantonese]: Is this species endangered?

[20] Presenter: In Hong Kong, it is still legal to trade endangered cockatoos that are either bred in captivity or obtained before the trade ban, but enforcement can be tricky. Meanwhile, the cockatoos in Hong Kong have adapted to the urban environment in interesting ways, according to Astrid, who has travelled to Indonesia on research trips.

[21] Astrid Andersson: The cockatoos in Komodo did seem more people-shy. I could definitely tell that they didn’t let me get as close to them as the Hong Kong ones do. I think that the Hong Kong ones are really habituated to this urban environment and loads of people, cars, et cetera. The way to help the cockatoos is for the general public to really raise awareness and inform themselves about how they have this critically endangered species here in our city, and we should celebrate that.

[22] Astrid Andersson: So I think it’s important to protect the nest holes in the big trees that are there and also support the population-breeding efforts. So at dusk, they all roost in Hong Kong Park. They come together to sleep in a communal situation. When I see that in the centre of Hong Kong, it really illustrates to me what a unique situation we have here and how special it is. And it gives me inspiration to continue to try and protect them, and raise awareness about them.

9.(i) They are less people-shy. / They allow people to get close to them.

(ii) They are used to the urban environment and busy traffic.