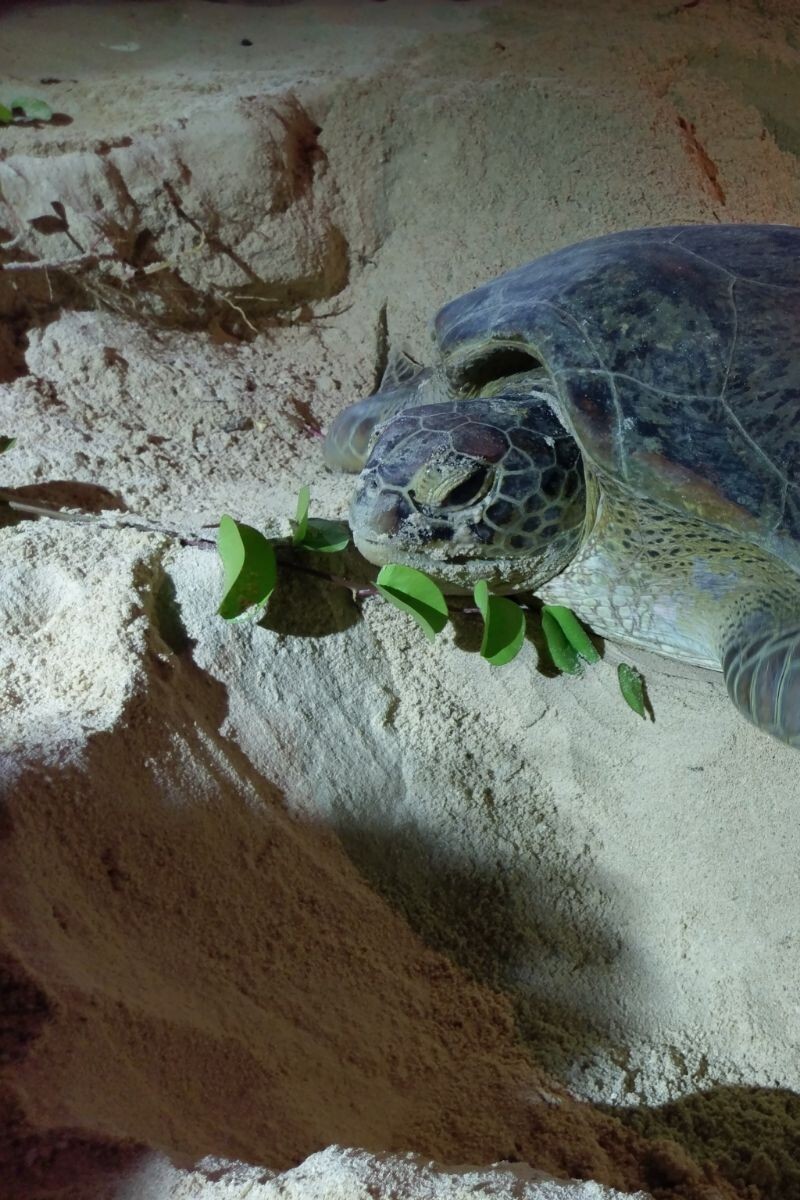 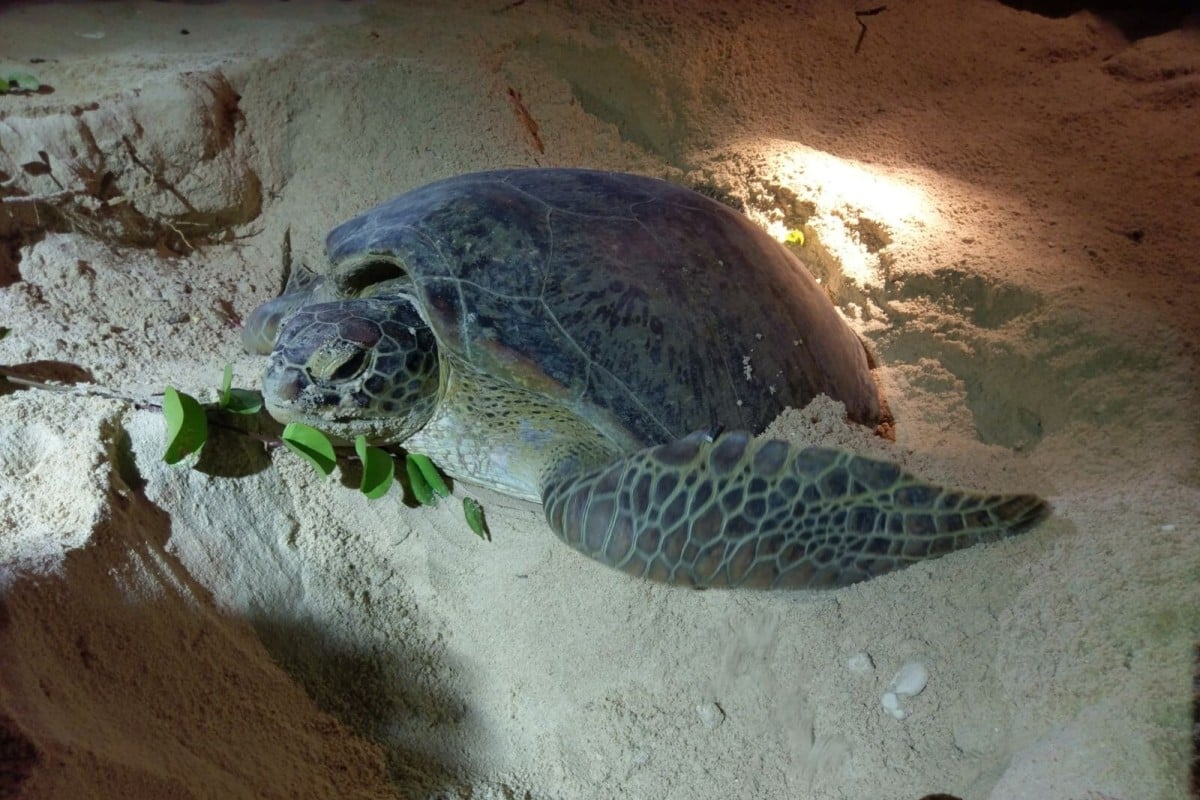 (3) How long do the turtles stay in Sham Wan each time? A. two to three weeks B. several months C. until the eggs are hatched D. information not given

(5) What is a “protection area”? A. a space that is specially kept for conservation of nature B. an area that can be a threat to the health of living organisms C. a place where all members of the public can enter D. a section of a land that is meant for commercial development purposes

(8) Listen to the middle of the video (1:37-2:03). What does Robert refer to when he says “their biology is telling them to come here”? A. the turtles’ ability to wait for weeks for their mate B. the turtles’ impulse to dig in the sand C. the turtles’ natural homing instinct D. all of the above

(10) Which of the following best describes Sharon’s tone at the end of the video? A. demeaning B. concerned C. frustrated D. nostalgic

[1] [Text on screen]: Turtles return to their birthplace to breed because of their natural homing instinct. Sham Wan, also known as the “turtle cove”, is the only regular nesting site for endangered sea turtles in Hong Kong. But a turtle hasn’t been spotted nesting here since 2012.

[2] Sharon Kwok, environmentalist, AquaMeridian Conversation and Education Foundation: Hong Kong actually has seen five species of turtles come through. But three of them come through more often and of course, the green sea turtle the most. I have seen lots of sea turtles, but unfortunately, not in Hong Kong.

[3] [Text on screen] By law, this beach is closed for nesting turtles from June to October every year. But pollution in this bay has driven the sea turtles away.

[4] Dr Robert Lockyer, environmentalist, AquaMeridian Conversation and Education Foundation: So the protection area on this beach is below the high water mark. This here, the area in front of me is the old nesting ground. In 2012, Raymond Man from AquaMeridian came down here and filmed the turtles laying in this actual spot here. The status it is today, with the amount of trash and plastic actually all mixed up in the sand, so any turtle which was there, trying to rest in there would be digging and nesting in trash.

[5] Dr Robert Lockyer: So the turtles will stay here in this bay because this is what, their biology is telling them to come here. And they just wait there now until the male turtles come along and fertilise the eggs before laying. They normally wait for two to three weeks, in the shallow water about five or seven metres deep. One of the most important things is to keep this bay clean.

[6] [Text on screen]: Despite efforts to clean up the beach, the rubbish returned.

[7] Sharon Kwok: This is where turtles do need to walk on in order to reach the dry sand right there. I think there’s actually a lot more that really needs to be done to create a safe haven for these turtles to come back.

9. a bay that is free from litter and pollution