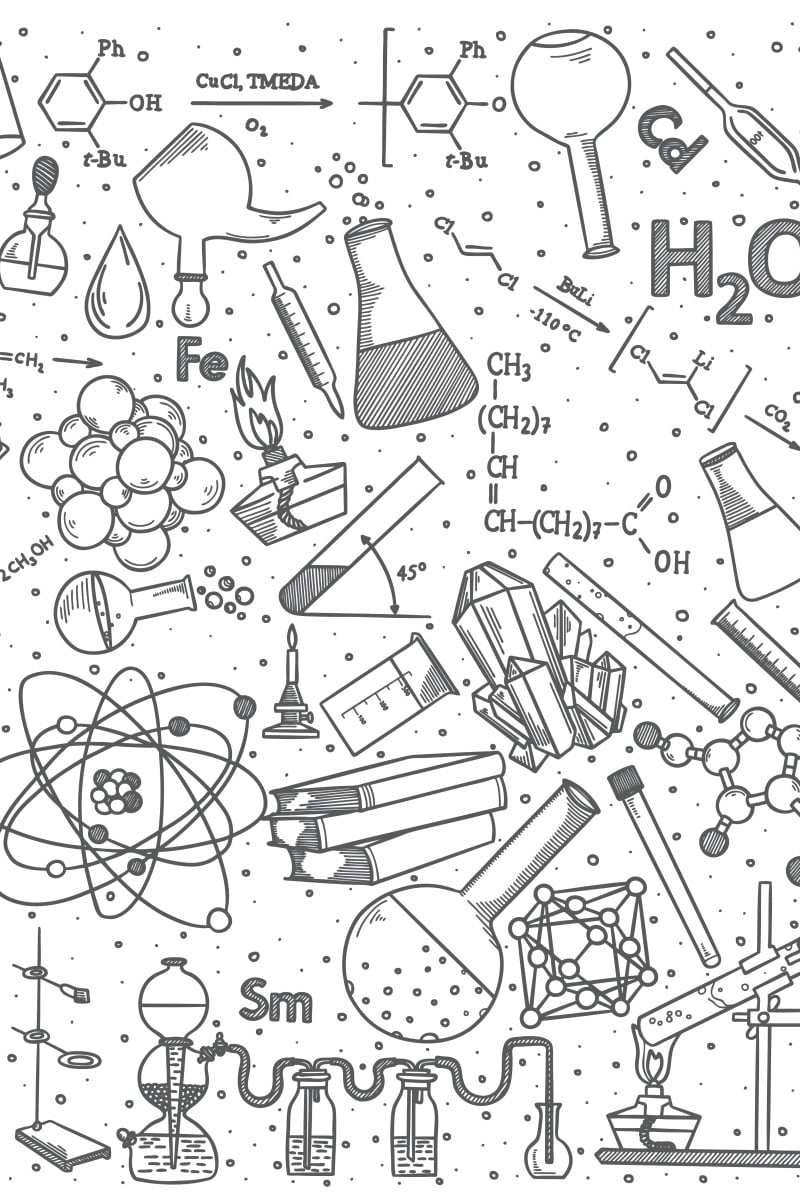 This year's exam featured many more diagrams than in previous years.

This year’s Chemistry HKDSE exam incorporated more diagrams in the questions than previous years, but the level of difficulty was similar, Chemistry teachers said.

"About 13,000 candidates took part in the Chemistry and Combined Science (Chemistry) DSE exams today. For most of them, this exam also kicked off one month of university entrance assessments."

The assessment had more twists and complex diagrams than usual, so students who only revised the textbook might have found it hard because it tested their real understanding of concepts, said Dr Yau Kin-cheung, a Chemistry teacher at Kiangsu-Chekiang College.

“The diagrams of organic compounds shown both in multiple choice and long questions were much more complicated than in previous years. That might scare some students off. The questions did appear to be more intricate," said Yau.

Students might have found it very scary when they first glanced through the paper. For example, in Paper One Section B question 6, a diagram of a voltmeter made an unusual appearance. Both teachers said the set up was not something students would have expected. But in fact, the actual questions -- like why the pointer of the voltmeter deflects when a few drops of water are added to the component -- were similar to previous years’ questions.

Tips for the IES section of the Liberal Studies DSE

Yau said students also had to integrate information from the preceding parts of a question in order to go on. For example, in question 1 part C, they wouldn’t initially know why K2SO3 and two other chemicals were present. But as they finished the other parts of the question, they would have realised SO2 was added and reacted with halogen.

Also, question 13 was was an essay-type question, and in previous years students were only required to write. This year students also had to draw two labelled diagrams.

In Paper Two, regarding the question on Industrial Chemistry, Chong said the first seven marks in part A and B were easy to obtain. However, part C, which was about a reaction that involved acetone, CH3COCH3, was more difficult.

English tutors give advice for the listening DSE

“In the past, students were only asked to deduce the rate equations, where the data of initial concentration and initial rate were given. But this year, the question only provided the initial concentration and the graph of absorbance against time,” Chong said. “So students had to find the rate by themselves on the curve. Although the concept was tested in previous years, the question this year added a new twist to it.”

As for the last section in Paper Two regarding Analytical Chemistry, Yau spotted some changes in the way the question asked about infrared (IR) spectroscopy and mass spectrometry. Instead of giving students the data and asking about the structures, it gave them different chemical compounds and asked how they could differentiate them using IR.

“In the final part about titration, usually there are two redox equations provided for the candidates. This year, it only gave one redox equation, so theoretically it should have been easier. However, many students might have been stuck because they were not familiar with the setup of a breathalyser,” Yau said.

How to ace the English writing DSE

Zack Ho Chun-ming, an 18-year-old candidate, said he was shocked when he saw Paper One Section B question 11 because the paper showed a list of different carbon compounds, and diagrams constituted 70 per cent of the page.

“I don’t think this appeared a lot in previous years,” the student at Delia Memorial School (Hip Wo) said. “Although it looked terrifying at first sight, once you went through the actual questions, you saw they weren’t as scary as they seemed.”

He also saw much more diversity in the types of questions on this year’s exam, like the use of graphs, experiment setup and structural diagrams. Topic-wise, he felt questions on the chemistry of carbon compounds were a common theme throughout the paper. “It asked a wide range of questions related to this topic, from providing a chemical formula, to the structure of aspirin,” he said.

Zack also told Young Post he was okay wearing a mask during the exam, as part of the measures taken during the HKDSE amidst the coronavirus pandemic. He noted it didn’t feel stuffy because the venue had strong air-conditioning.