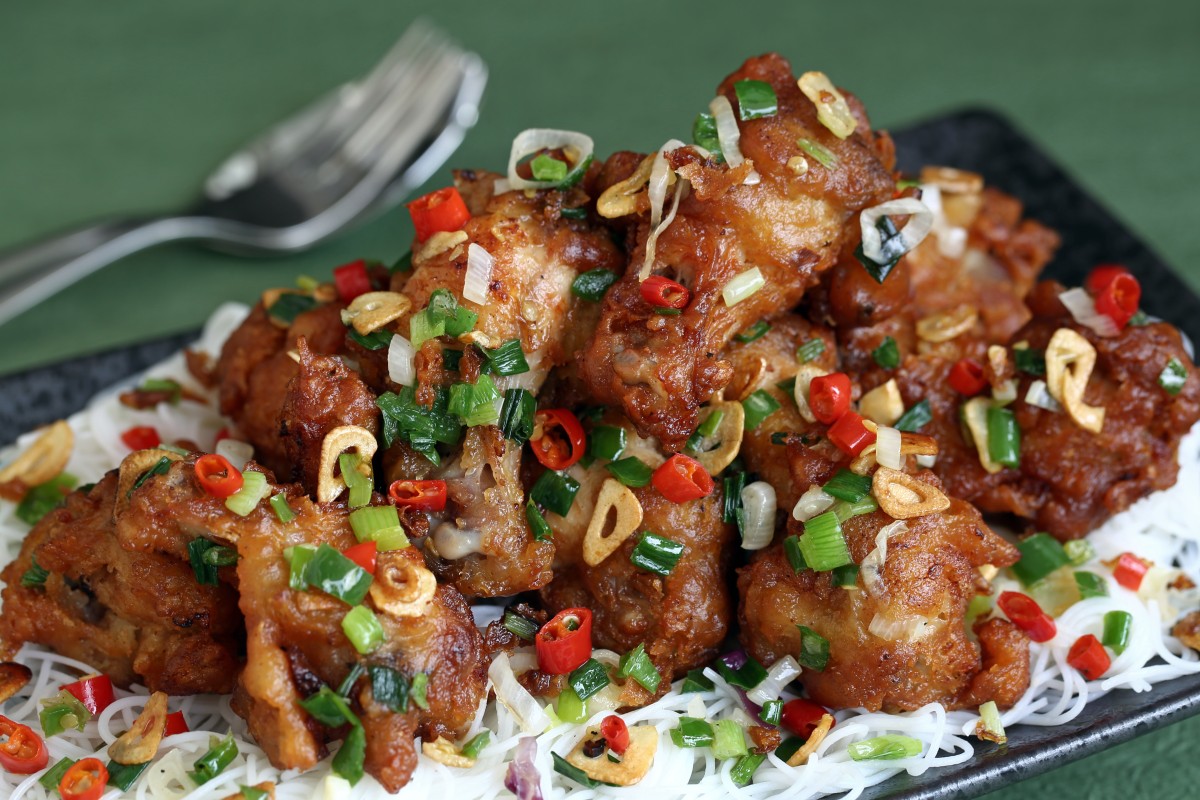 I've never actually eaten Vietnamese butter chicken wings in Vietnam, so I'm not sure if they're traditionally consumed in that country, or if it's a dish that Vietnamese cooks invented once they immigrated. I do know that whenever I order them, no two versions are the same.

The one thing they all have in common is that they're fried, but other than that, they vary greatly: some have butter only in the name - there's no hint of it in the dish, while others are slick with the stuff. My version walks a fine line - my husband thinks they're too buttery but that doesn't stop him from eating a lot of them whenever I make them.

What does 'Chimaek' mean? Find out through our Fried Chicken and Beer Explained.

No country has made the competition of fried chicken more intense than South Korea. Eat Drink Asia takes a look at two equally iconic KFCs — Kentucky fried chicken and Korean fried chicken — to follow the making of this golden gastronomic achievement of mankind. Listen now.

If you love fried chicken and beer, check out a video on our visit to Asia’s biggest beer festival. You can find more adventures around China all on Goldthread.

Cut the chicken wings at the joint to separate the middle por­tion and drumette, then put the pieces into a large bowl. Mix the fish sauce with the lime juice, rice vinegar and sugar, then pour this over the wings and combine well. Cover the bowl and refrigerate for aboout three hours hours, occa­sionally stirring the ingredients so the wings are evenly marinated.

Thoroughly combine the flour with the cornstarch and baking soda.

Cut the garlic cloves in half then thinly slice them. Cut the chillies in half lengthwise and use a small spoon to scrape out the seeds, then finely chop the flesh. Lay the lemongrass stalk on the cutting board and bash the entire length with the flat side of a cleaver or a meat mallet, then slice it as thin as possible. Cut the spring onions into 5mm ( ¼in) pieces.

Pour oil to the depth of about 3cm (1¼in) in a skillet and heat to 170°C (340°F). While the oil is heating, put the flour mixture into the bowl with the wings and marinade and mix well. The coating will be sticky. Add a little water – just enough so the coating thinly covers the wings. When the oil is hot, start frying the wings in batches, turning them over occasionally so they brown evenly, and adjusting the flame so the oil stays close to 170°C/340°F. Each batch will take about five minutes to fry. Drain the fried wings on paper towels.

After frying all the wings, pour off almost all of the oil from the skillet (no need to wash it). Place the skillet over a medium flame, add the garlic and cook, stirring often, until it turns very pale golden. Add the chilli and lemongrass and stir constantly for about 30 seconds. Add the spring onions and stir for another 30 seconds. Scoop out half of the mixture from the pan. Add half the butter to the pan and when it’s melted, mix in half the chicken wings. Turn the wings in the pan over a medium flame and mix until they are lightly coated with the butter and garlic-chilli mixture. Transfer the wings to a serving dish, then repeat the process with the remaining ingredients. Serve hot or warm.

5/5
Vietnamese Dinner Poultry Medium
Liking this recipe?
Now you can save the recipe you into your own collection.
Find us on facebook
Join our community and get the latest recipes from all over Asia for you to make at home.