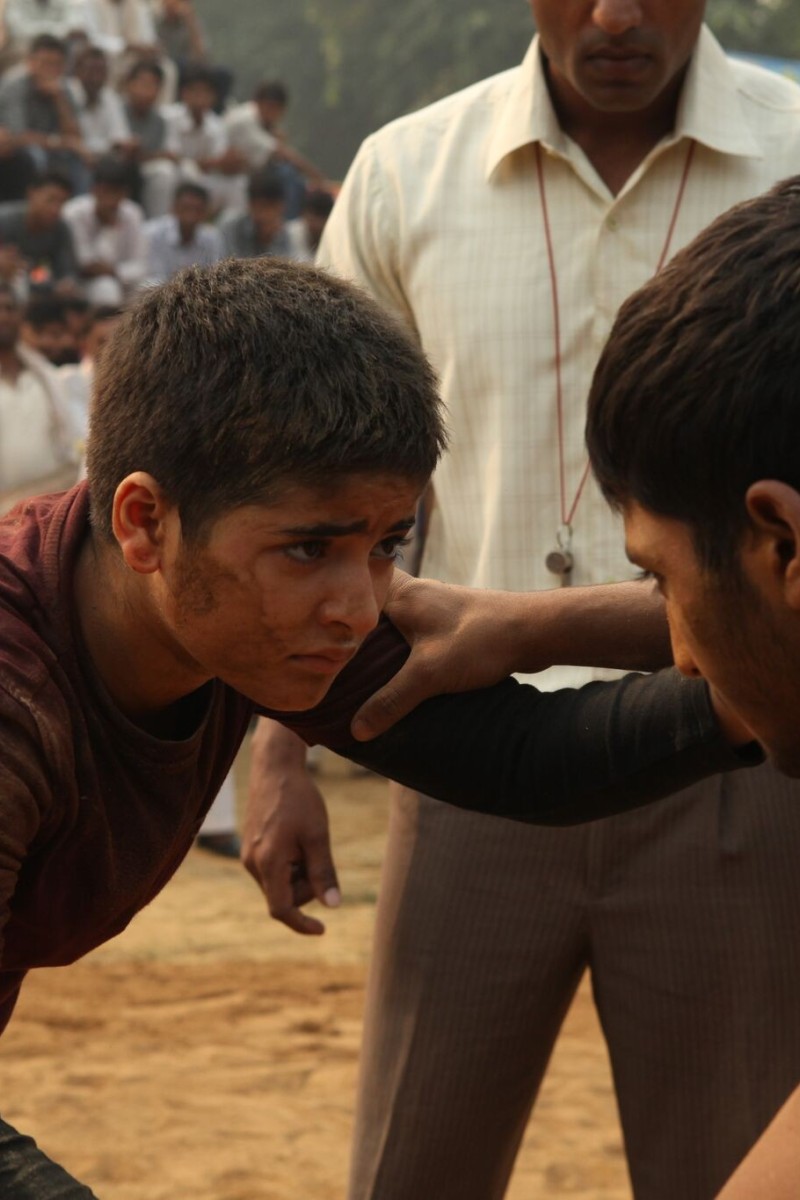 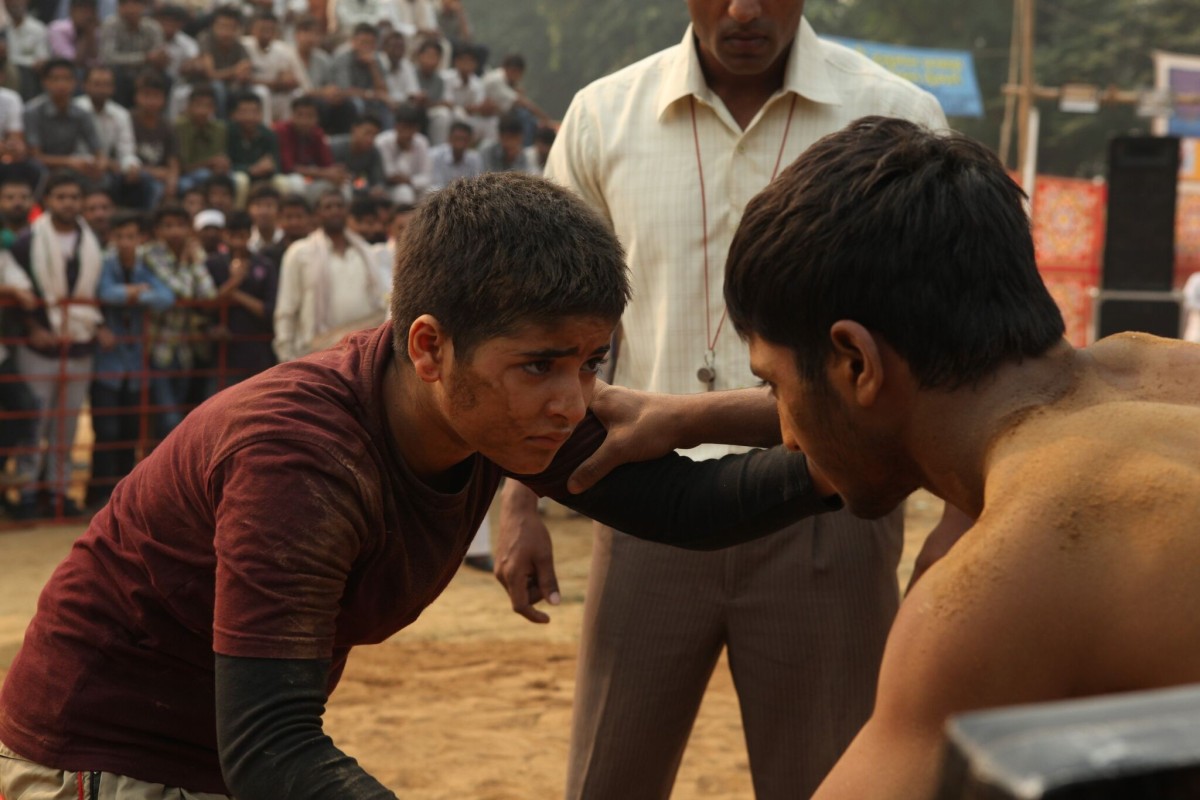 Eldler sister Geeta Phogat faces off against a male opponent in her first wrestling competition.

If you have already watched 3 Idiots and PK, the two Bollywood masterpieces starring Aamir Khan, you will not be disappointed with Dangal – a biographical action drama inspired by the true story of an amateur Indian wrestler Mahavir (Aamir Khan) who trains his two daughters Geeta (Zaira Wasim plays the child version while Fatima Sana Shaikh plays the adult) and Babita (Suhani Bhatnagar & Sanya Malhotra) into world-class wrestlers.

Like his previous films which challenge the societal norms of India, namely the education system and polytheism, his latest production questions the gender stereotypes and roles in the patriarchal society of India.

The story opens with India’s former national champion Mahavir’s hopes for a son – who can realise his unfulfilled dream of being a world-renowned wrestler – because his father shattered his dream of going global, demanding he get a financially stable job instead.

Played by fate, he ends up having four daughters. The story focuses on the elder daughters Geeta and Babita, who rekindle their father’s hope as he discovers their talent for wrestling. Since then, the wrestling journey of the two young girls begins with intense training, strict diets and being ridiculed by the villagers and their schoolmates. The two daughters then compete at different wrestling championships at local, national and international levels.

Worry not about the 161-minute runtime, the well-knit plot will keep you interested, and you’ll experience both laughing and weeping. Even when no one’s speaking in the film, the jolly Bollywood soundtrack and telling lyrics will let you know what the characters are going through.

The actresses playing the roles of Geeta and Babita trained extensively for their roles and performed all their own stunts, adding to the authenticity of the action scenes.

Other than the exciting grappling scenes which will take your breath away, another highlight of the film is its reflection on the traditional social expectations of Indian females. While many young ladies still suffer from arranged marriages and being forced into domestic roles, the two short-haired sisters’ alternative lives and identities as pioneers of Indian female wrestlers suggest the deep-rooted gender stereotypes are merely societal constructs.

While the film gives credit to Mahavir for the feminist breakthrough he’s brought to Indian society, thoughtful audience members might discover it is actually a byproduct of his initial motive – which is to train his daughters as wrestlers. In other words, although Geeta and Babita can live a life which Indian girls normally don’t, Mahvia has also deprived them of their freedom to decide on their own futures, as he selfishly shaped them to make up for his personal regrets. In some ways, the sisters are, sadly, still victims of a male-dominated society.

If there’s anything worthy of criticism, it would be the white villain whose role seems unnecessarily arrogant. The clear-cut distinctions between good guys and bad for most of the characters might have reduced the complexity of the characters; meanwhile, its simplicity helps to enhance the comic effect of the movie.

Whether Dangal is better or worse than 3 Idiots or PK isn’t important, because they’re all great movies! Fans can look forward to what Aamir Khan has in store for us next, after already playing with the topics of education, religion, and (partial) feminism.