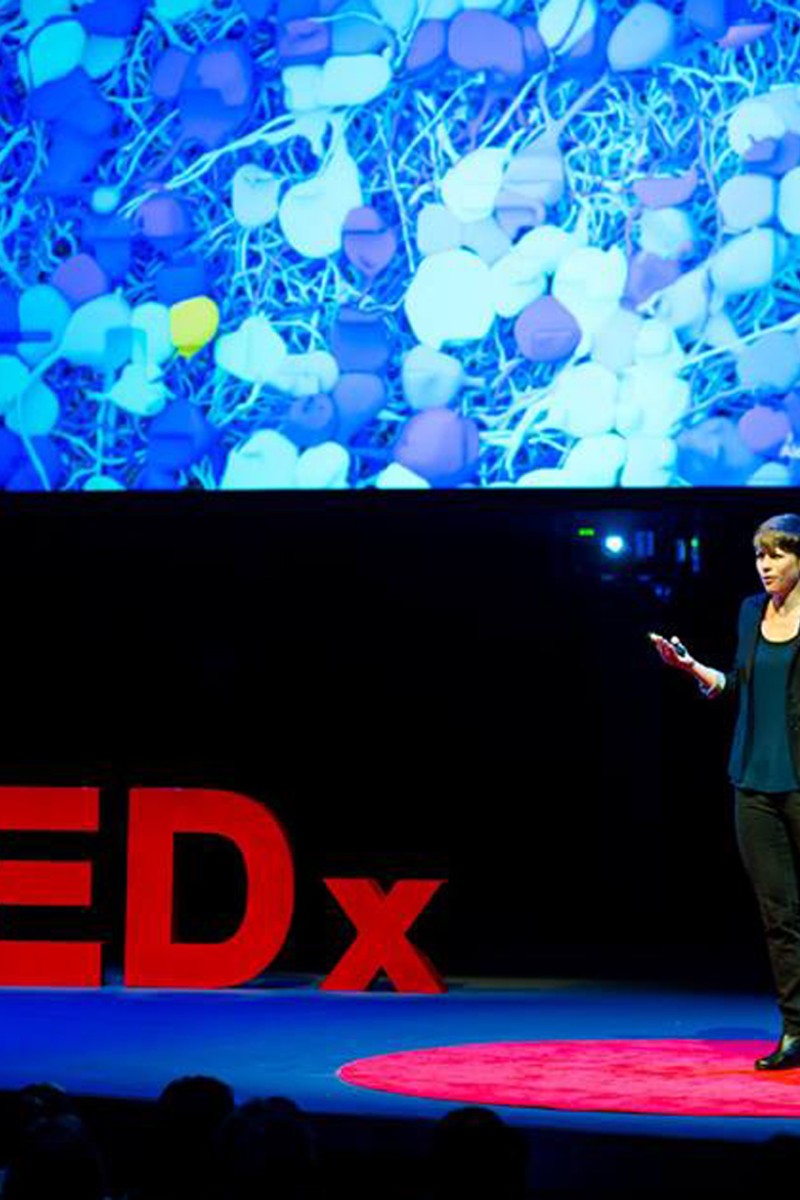 TedXWanChai and the HKAPA explore the concept of crossroads 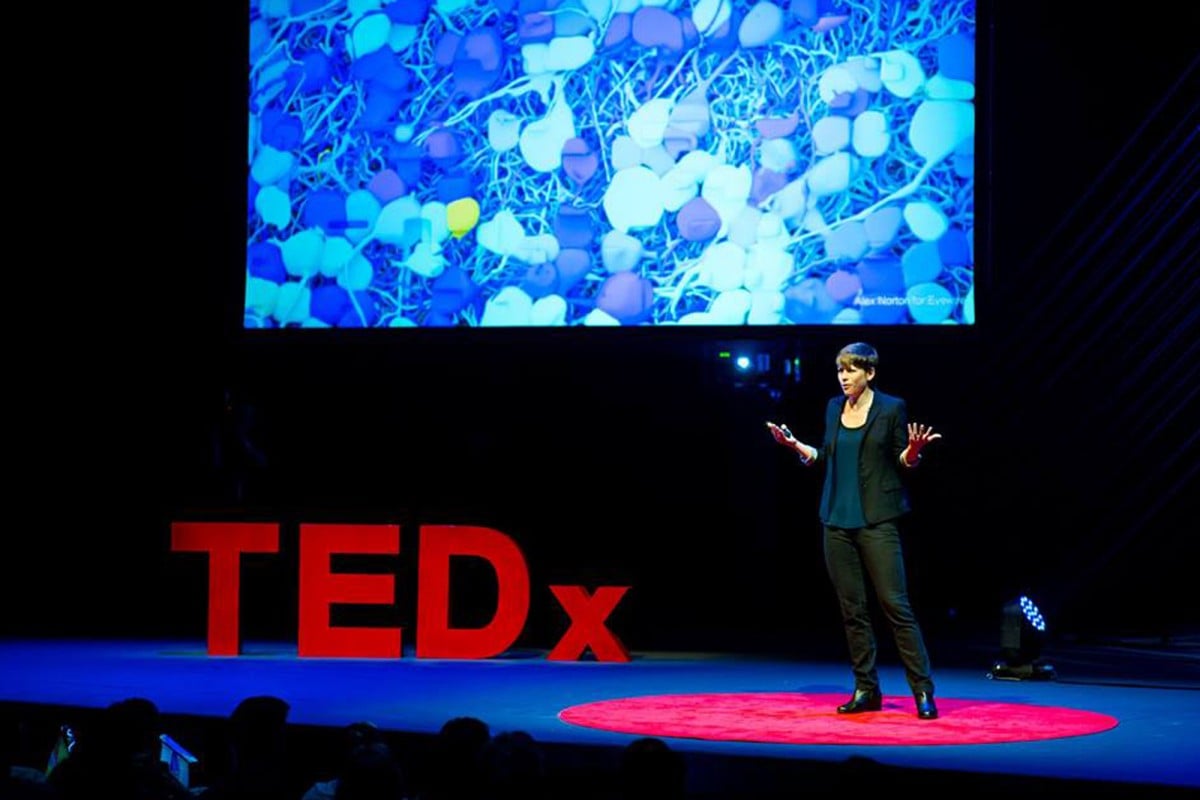 “Crossroads”. That was the theme for Hong Kong’s largest ever TEDx event which was held on October 29th at the Hong Kong Academy for Performing Arts. As TedxWanchai’s curator Vincent Ng explains, we don’t have to look far to see the fact that here in Hong Kong, we are at crossroads. “I think it’s very easy to get locked in this psychological sense of a stalemate,” he said. “But you don’t have to look far to see that there are people that we know around us who are truly making an incredible difference and moving beyond that sense of a stalemate.”

For the next several hours, some of those people shared their experiences and visions for a better tomorrow. Entrepreneurs, scientists, former drug dealers, musicians and many more distinguished figures talked about exciting new directions for society to aim for.

One such figure was Jordan McRae, CEO of new technologies company OCTO23, who talked about the crossroads which technology has brought us to. “Technology gives us the means and the permission to participate in professional fields, whether we have the title or not,” he said, referring to the takeover of professional fields such as journalism by social platforms like Twitter.

An advocate of citizen science, the name given to scientific research completed by members of the public, McRae argued it is in science itself where technology will expand next, and that as citizens of the Earth, we have a responsibility to help in scientific discovery. “Citizen science must become mainstream in order to help solve some of the grand challenges the world is facing today,” he said. “Look online, choose one of the many citizen science projects that already exist. And if you don’t find one that fits you, build one yourself. Be you. And realise that you have the ability to participate.”

The 5 best TedxTeen videos for instant motivation and inspiration

Neuroscience designer Amy Sterling conveyed a similar message to McRae. “Science and design bring an interdisciplinary nature of new perspectives to old ways,” she said. Her take on “Crossroads” is that with interactive platforms, we can create a whole new medium for scientific discovery.

Eyewire is one of those platforms currently revolutionising the scientific industry. The online game allows players to walk in the shoes of a neuroscientist by identifying different neurons that will help map a clearer image of the brain. “We know how to build robots and computers, but we don’t know how many cells are in our own brain,” Sterling explained, aghast at our lack of knowledge about ourselves.

Traditionally, only people who have earned multiple university degrees or are prodigies work in such specialised fields, but that is changing. Anyone with internet access can access academic journals, articles, documentaries and apps such as Eyewire that allow people to participate, regardless of their professional title. “Science is stunning when you can see it – and design brings that into the world,” Sterling concluded in her talk, ‘Design for Science’.

In her talk “How secure is food? The case of Hong Kong”, food security researcher Daisy Tam touched on Hong Kong’s “broken food system” and how we are at a critical point of decision. “We are not food secure, we are food vulnerable,” Tam warned us as she pointed out how Hong Kong only produces 2 per cent of its own food compared to the 66 per cent it was producing 60 years ago. The shocking fact is that we now rely on others to produce the food that appears at our dinner table instead of creating a sustainable environment to grow it ourselves. She also noted that Hong Kong wastes over 250 double-decker buses full of food per day which also contributes to the overflowing landfill problem, another pressing issue.

George Mathew, a renowned composer and founder of the NGO 'Music for Life International', aims to educate others on the transformative social impact of music.
Photo: Josh Tam

So how can we help? “Companies such as ParknShop and Dairy Farm should donate their surplus food. This is something even the government can do!” Tam suggests. “You can cook with leftovers, support local farmers, eat locally, and even eat down the food chain. There’s a lot that can be done.” As well as calling for a ban on using precious agricultural land for illegal dumping, Tam called for legislation against throwing food away, a method that has worked in other nations. Tam believes that there are three fundamental values we need to adopt if we are to become food secure: our food systems need to become less wasteful, more secure, and more fair.

George Mathew, a celebrated conductor of classical music and the founder of Music for Life International, an NGO which seeks to create transformative social impact through music, talked about the humanitarian crossroads which we stand at. Through an analysis of Beethoven’s 9th Symphony, which featured Turkish musical influences despite conflicts between Eastern and Western culture at the time, Mathew argued that we should embrace different cultures instead of “building walls”- an obvious reference to US president-elect Donald Trump’s immigration plans.

As Hongkongers, we are constantly at the heart of not one, but multiple crossroads. This city is constantly connected to the rest of the world by technology, media, science and design, and it plays a pivotal road in the future of global society. The opportunities that we were given to connect with the speakers at TedxWanChai 2016 were unlike any other, and the conversations and ideas the event stimulated resonated even after the event was over. The 11 talks given at the event covered subjects about the future of industries, science, the arts and humanity itself on both a global and local scale. They left our minds open to ideas that surprised us, challenged us and even made us laugh. But above all, they inspired us to dream for a better tomorrow. Truly, some ideas worth sharing.