India has the highest number of child brides in the world, a practice that disadvantages and harms girls and women in a vicious cycle. Some are now speaking out 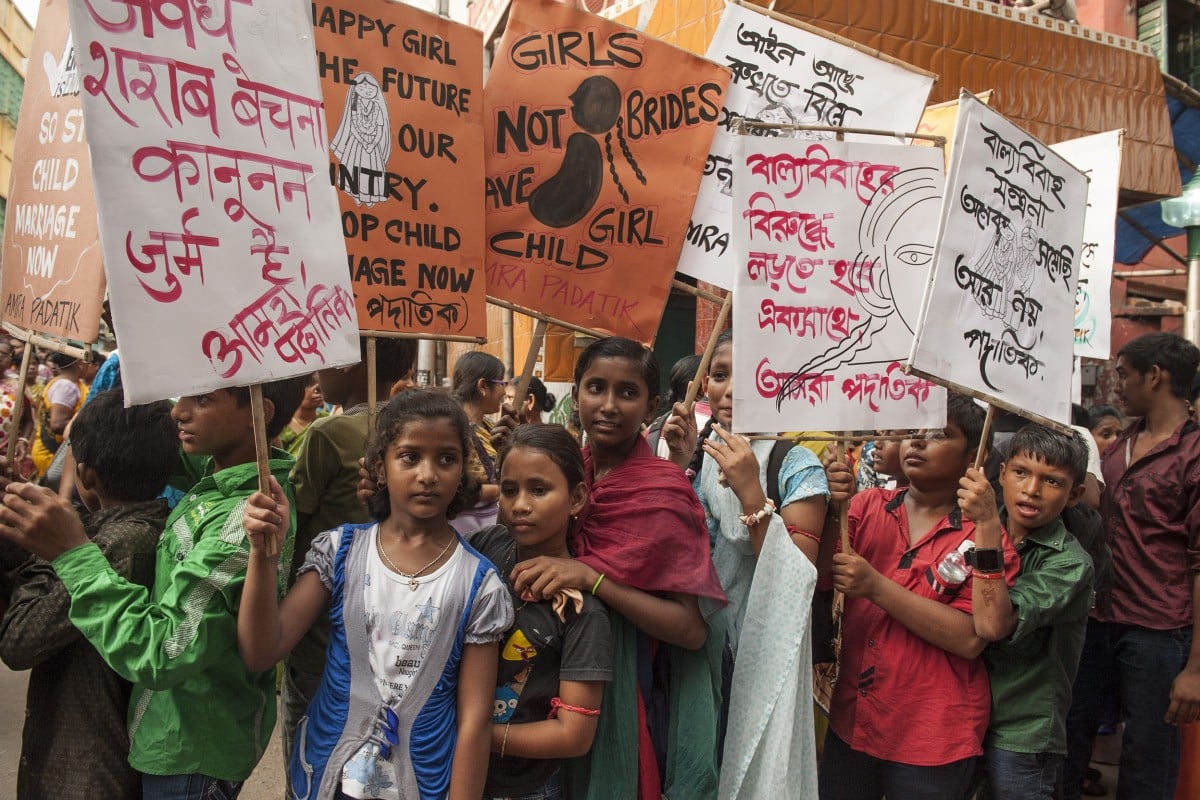 India has the highest number of child brides in the world. It is estimated that 47% of girls in India are married before 18 years old.

University student Santadevi Meghwal has been threatened, harassed, ostracised and even fined by a council of male elders in her village in India.

But the 20-year-old is determined to push ahead with annulling her child marriage, and join a small but growing number of youngsters in northern India rejecting the ancient tradition.

Meghwal was only 11 months-old when her elders married her to a nine-year-old boy from a neighbouring village in the desert state of Rajasthan, where rates of child marriages have long been high.

She recalls seeing her husband for the first time aged 16, when a friend, whose family had attended Meghwal’s ’wedding’ when she was a toddler, pointed out a drunk man hurling abuse outside their school.

“My friend turned to me and said ’look, that’s your husband’,” Meghwal said, describing how her heart sank as she raced home to confront her parents.

“I asked them, why did you marry me off like that? I was so innocent and I didn’t even realise what happened, I mean, how old was I?,” she said, sitting on a bench in Jodhpur University, where she is finishing her final year of arts.

Although illegal, millions in India are married as children in a deep-rooted tradition in mostly poor and rural areas. Nearly 50 percent of women, aged 20 to 24, say they were married before the legal age of 18, government figures show.

The custom is particularly strong in Rajasthan, a popular tourism destination, where politically powerful village councils, comprising men of the same caste, have an iron grip over social and moral life.

But a small number of youngsters there are fighting back, seeking annulments to marriages they never agreed to, with the help of a local NGO and government crackdowns.

Meghwal was supposed to move in with her husband when she turned 17. But instead she has fought a three-year battle against her council, and turned away her in-laws when they came to fetch her.

Meghwal’s defiance had terrible consequences, with the enraged council barring her and her family from taking part in village life in Jodphur district.

Meghwal turned in May to Sarathi Trust which says it is the only charity working to annul child marriages after winning its first case three years ago.

“Child marriage was like a huge, dark room. And in it, we found a ray of hope in a small law,” said Bharti, sitting behind her desk in a room decorated with awards and certificates for her work.

Bharti, whose charity has helped annul 27 marriages in Rajasthan, said annulments were favoured over divorce, as they were generally quicker and required less paperwork.

Granted with the consent of both parties and proof of their age, annulments also avoid the stigma of divorce for women.

Meghwal is hopeful of eventually winning an annulment despite the fact her husband, with whom she has never lived, staunchly opposes one, and has threatened to abduct her.

Every year, on the holy day of Akshaya Tritiya, authorities crack down on underage marriages. The festival, usually in April or May, is an auspicious time across India for weddings, including those between children.

Police in Rajasthan together with social workers often conduct raids on villages to break up ceremonies, and pressure priests, wedding-card printers, caterers and tent operators to say no to families wanting to hire them.

Such campaigns, along with government cash incentives for families who defer marrying their daughters until they are older, have helped lower the overall numbers.

But Joachim Theis, UNICEF’s chief of child protection in India, warned the challenge was still huge and needed a national approach given the enormous population.

Parents continue the practice in the hope their daughters will be cared for financially by their in-laws. Parents also opt for marriage to avoid daughters having pre-marital sex, still considered taboo. They also believe unmarried girls are more likely to become victims of sexual abuse.

But the results are devastating, especially for girls, who often drop out of school to cook and clean for their husbands. Teenage wives also suffer health problems from giving birth too early and their underweight babies are more likely to die.

“The girl has less education, has greater difficulty in raising their own children, is more vulnerable to violence, so it’s this chain reaction that has multiple effects,” Theis said.

Meghwal, who hopes one day to become a teacher, says her dream is to prove to her community that she alone is in charge of her life.

“I will get married some day but only after I complete my education and stand on my own two feet,” she said, her eyes welling with tears.