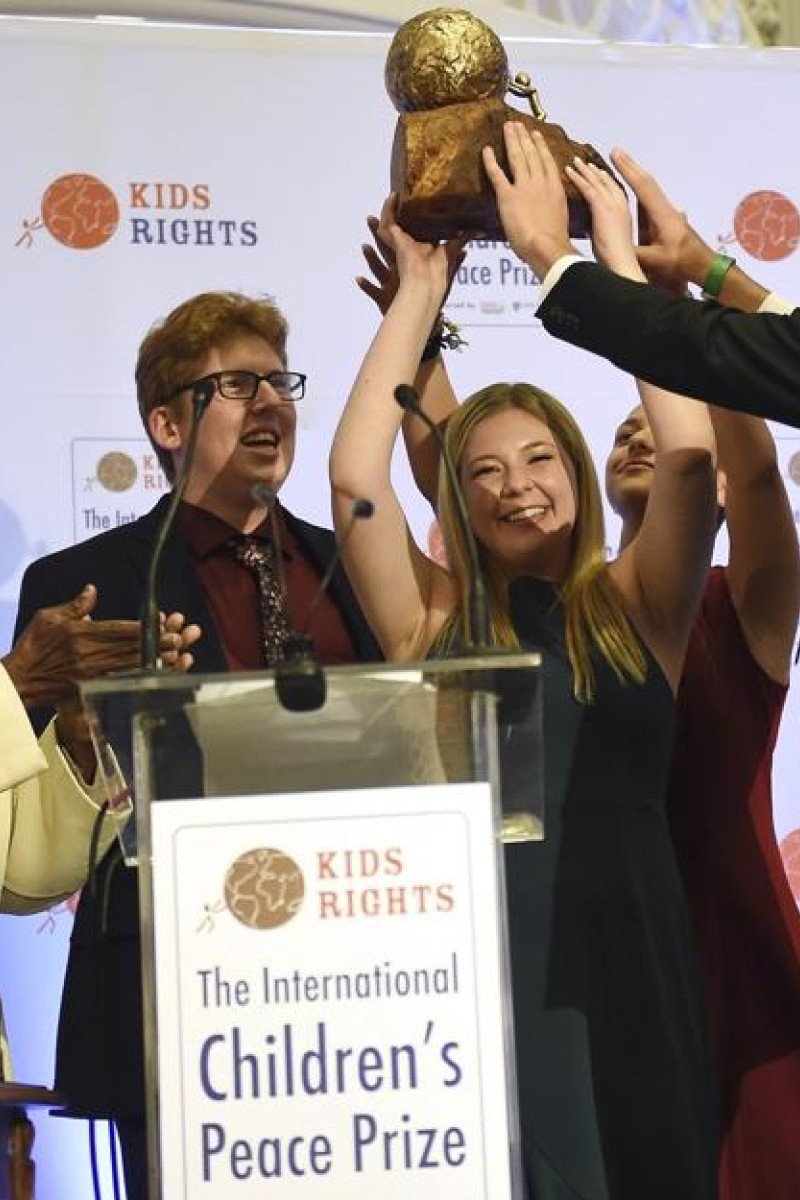 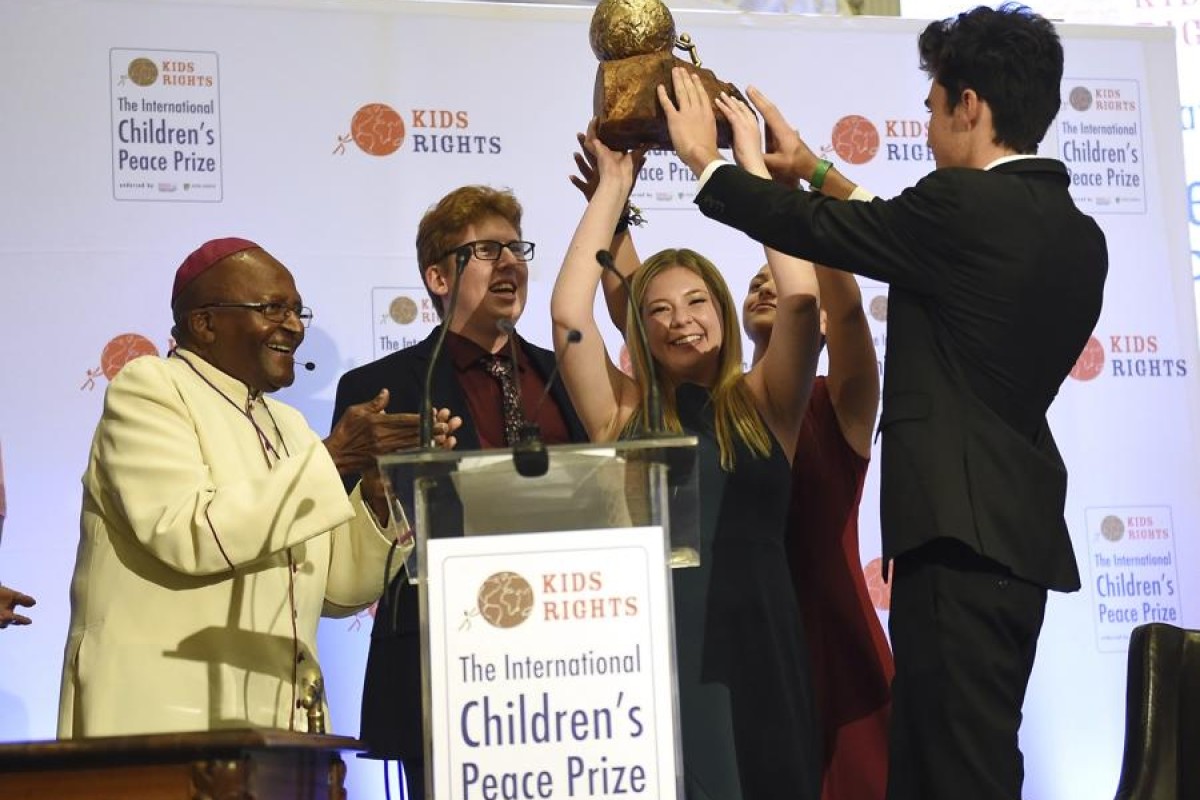 The students from Marjory Stoneman Douglas High School in Parkland, in the US state of Florida, were awarded the International Children’s Peace Prize on Tuesday.

They created an international movement to raise awareness about gun violence after a shooting at their school on February 14, in which 17 of their classmates and teachers died.

During a ceremony on World Children’s Day in Cape Town, South Africa, 1984 Nobel Peace Prize laureate Archbishop Desmond Tutu presented the award, calling the student organisation March For Our Lives one of the most significant youth-led mass movements in living memory, and its founders “true change-makers”. “I am in awe of these children, whose powerful message is amplified by their youthful energy and an unshakeable belief that children can – no, must – improve their own futures,” Tutu said.

In the aftermath of the deadly shooting, David Hogg, Emma Gonzalez, Ryan Deitsch and Jaclyn Corin and more than a dozen others sprang to action, doing countless media interviews, grilling lawmakers about gun reform during town halls, and sparking massive walkouts and peaceful protests at schools across the country, and globally. Matt Deitsch, a former Parkland student whose two younger siblings were in school at the time of the shooting, immediately left university to help form March For Our Lives.

Hogg, Gonzalez, Corin and the Deitsch brothers were in South Africa to accept the award.

The March For Our Lives gun reform campaign sparked numerous peaceful protests in the US and around the world, including a huge rally in Washington DC on March 24.
Photo: Karl Merton Ferron/Baltimore Sun/TNS

“We are truly humbled and grateful for this award, but know that our work will not stop until we end the appalling and preventable epidemic of gun violence in the United States,” a statement from March For Our Lives read.

Since the February 14 shooting, the students have gained international attention, and raised millions of dollars from the likes of Oprah Winfrey and George Clooney for their grassroots movement.

Hundreds of thousands attended their Washington DC march this spring - with thousands more holding sibling marches across the world - to raise awareness about gun violence and advocate for safer schools. Many of the students have called for a ban on assault rifles, and for universal background checks. The organisation says more than 25 states have passed legislation consistent with their cause, including Florida.