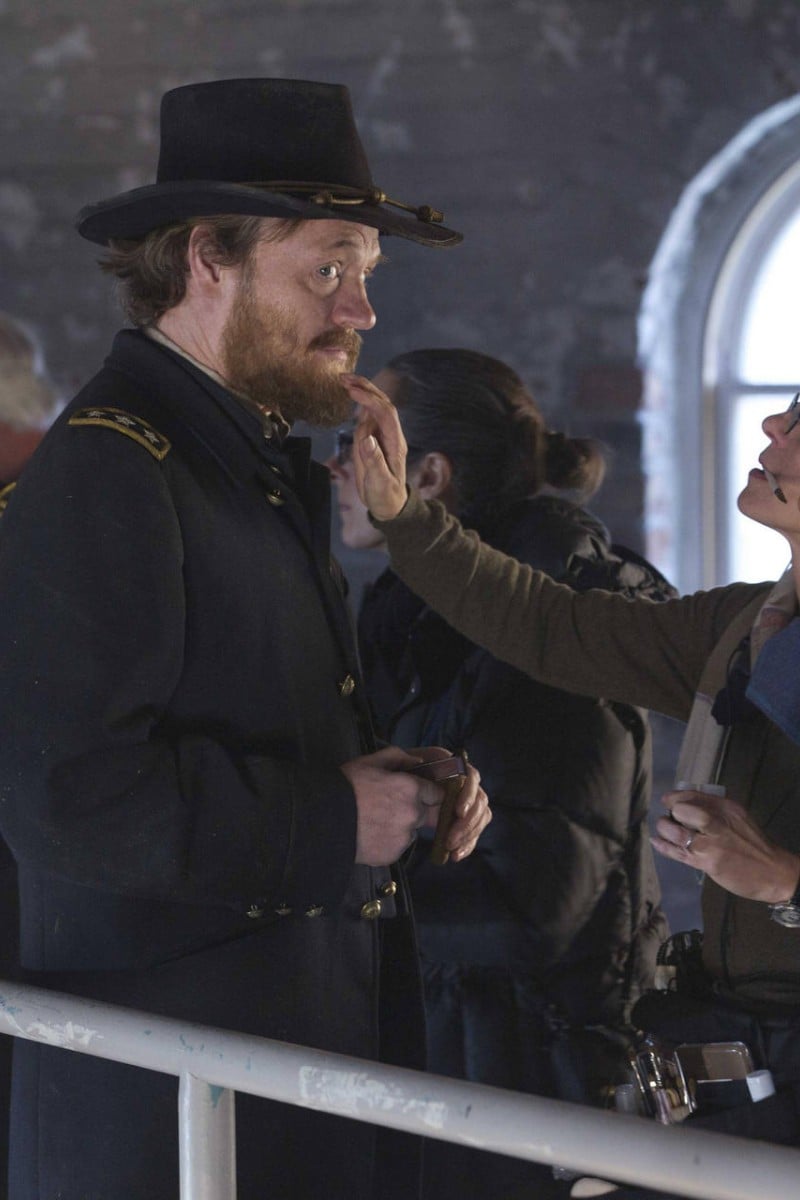 Film make-up artists don't justsit in a trailer; they're as involved as any cast or crew member in a movie. Make-up artist Lois Burwell talks about new products, technology, and spending hours in a muddy trench 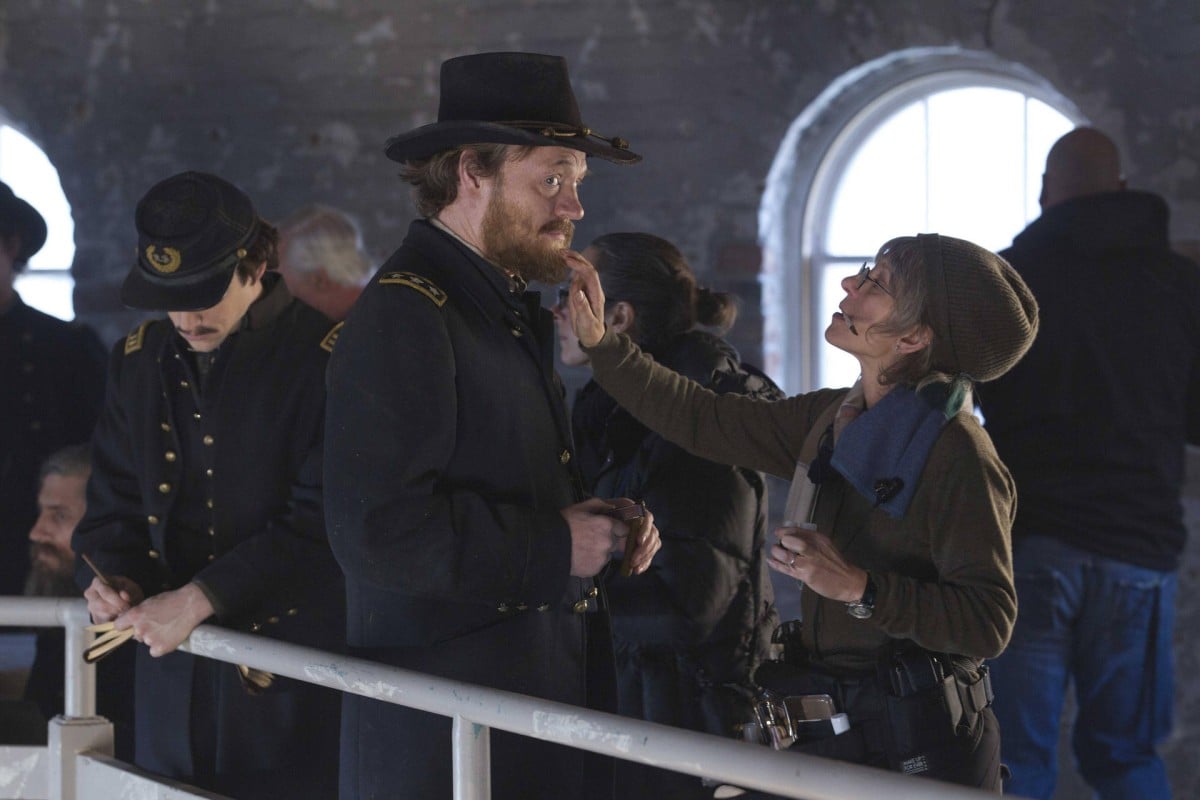 With everyday make-up, people try to look nice or stylised. With film make-up, you turn someone into a character, which is not what most people do in regular life. Plus the application has to be of a certain standard because their faces are going to be 40 feet wide! Especially with high definition and digital cameras, it means the application has to be exact and precise. I also modify the products. You wouldn’t go to a beauty store and buy a bottle and that would be what you’re using. You may if you’re doing a contemporary story and you want that contemporary look. But the products, the way you’d apply something, or the combinations of things would be different to the way most people use make-up.

Have high-definition, changes in technology in the film industry, and changes in the make-up industry affected your work?

Yes, the technology within products has improved radically, and the choice and range of things you can get is massive. Even in specialised products that people on the streets would not, and should not, use without knowledge because you can damage yourself has advanced tremendously. The range of glues one can use now for prosthetics is immense. At one point, there was one. So, yes, it has changed considerably and improved.I think there seems a fashion of sharp, crystal clear, let’s-see-every-pore-on-the-way images, and I can’t see how that furthers the story you’re telling – unless it happens to be about open pores. It’s also unattractive to look at, and distracting. I’m a make-up artist with an opinion, it doesn’t mean I’m right. But it makes no sense to me.

Has the wider range of make-up tools helped you in your work?

Sometimes, and sometimes it’s a hindrance because it’s too much. Sometimes there’s a desire for new for the sake of new, and I understand because it creates profit and jobs for people, so I’m not down on that. But by the same token, the perennial search is exhausting. I always try new things, but it’s overload. It’s too much, and some of them are nonsense and gimmicks. And it’s fun if you’re a teenager and it looks great in your make-up bag. But it’s of absolute no use to me whatsoever. I want something that works and helps me create the end result I’m after.

What mistakes do you see most often with regular, everyday make-up?I think the mistake people tend to make is putting too much make-up on. Take it back and go for what works. If you’re doing something like a really dramatic eyeliner, then you’d want it to punch out, that’s what it’s meant to do. But if you’re doing corrective make-up, (like concealing blemishes) don’t put the same amount of make-up all over your face. Because it looks like a mask. So choose your area, decide what you want to do and focus on that area, and work out a balance of colours, form, and shapes.

What is your biggest challenge with working in film as a make-up artist?

That depends on what the story is, but the greatest challenge is actually being able to do the work and do the work well. The hardest thing is to pull it off so all the component parts come together and you end up with a cohesive look that works. With make-up it’s no a solid thing, it’s not something that’s already been constructed, you start fresh everyday. Even with prosthetics, it’s new everyday. So maintaining that standard, a look, is really hard to do.A lot times we also film out of sequence so you have to keep track of continuity. Sometimes you go back to do a reshoot six months later and it’s especially hard if an actor shaves his head, of an actress was once blonde and now she’s a brunette. That’s hard, but you map things out and hope for the best.

Are you invested in the whole process of making a movie from start to finish?Absolutely. That’s the difference between doing fashion make-up for a runway – that’s showcasing make-up – and being a make-up artist on a film. The film isn’t there to show your make-up off, you’re there to be a part of the whole. So, yes, you have to know how to make a film. You have to know at least a cursory knowledge of different lenses and lighting and know what that means for our department. And I am on set, it’s not like it’s an admin thing and I’m in the background, so it’s an incredible amount of work and everything changes all the time. So the more information and shared collaboration there is, the more proficient and efficient your department becomes.

For a period piece, do you try to stay accurate to that era’s look?

It depends on the style of the film. I like to do accurate things. To me, someone looking like they have lipstick on while in period costume takes you out of the period and makes them look like they’re attending a fancy-dress party, rather than they’re in a world. So to create the world, they have to be accurate. I love being accurate.And we do hidden make-up. In War Horse there were 14 Joeys, and they all had to look like the same horse. And there are very strict rules with working with horses; they have to rest every two hours. They get more rest that we do! So the horses were all made-up. They were dyed, and safely, to get them all uniformed, so there was actually an equestrian make-up department.

I think what happens is when you start, you know less. I know that sounds like an obvious thing, but at the beginning you don’t know as much and you pick things up along the way, normally by making mistakes. So I am as enthusiastic now as I was then, but now you recognise the more you know, the more you know it can go wrong. And you become more fearful than brave.

Are there any movies you wish you’d been a part of?

Oh, tonnes. I think I would really have loved to have done Ben-Hur, mainly because it was my father’s favourite film. And Lawrence of Arabia, because I really, really wanted to work with (director) David Lean and I really wanted to be able to be on that film set with him. I’m not saying I’d do better work, but to actually do Lawrence of Arabia, that would be fantastic.

When you watch films you’ve not been a part of, do you analyse the make-up?

Funnily enough, yes. Not regularly, but suddenly you’ll think, “ooh, that looks really nice,” or, “Oh, what happened there?” If it bounces you out of the story or it’s suddenly magical, yes. Regularly, no; I like to sit and enjoy a film.

Do you have any advice for anyone who may want to enter the make-up industry?

Be determined. These days I’m not certain being pushy helps; I think people get bored with pushy people. I don’t think it helps in the end. Be yourself, keep learning, practice, develop a passion, see what works and what doesn’t, try to copy it, try to work out how something is done, see if you can do it yourself.

Most of all: enjoy it. If you don’t enjoy it, it’s not for you, because it’s hard. It’s not the red carpet, it’s not grand. It’s standing in that trench in War Horse for ten hours, up to your knees in mud. That’s what it is.