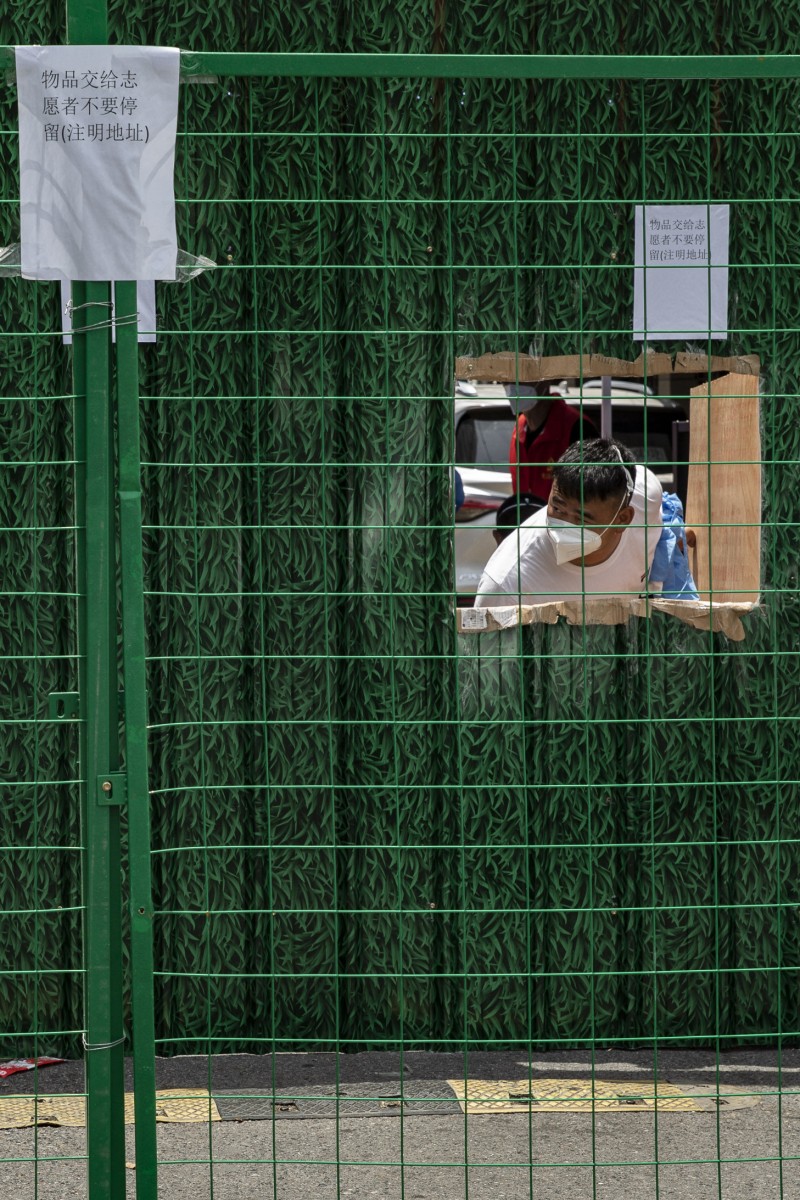 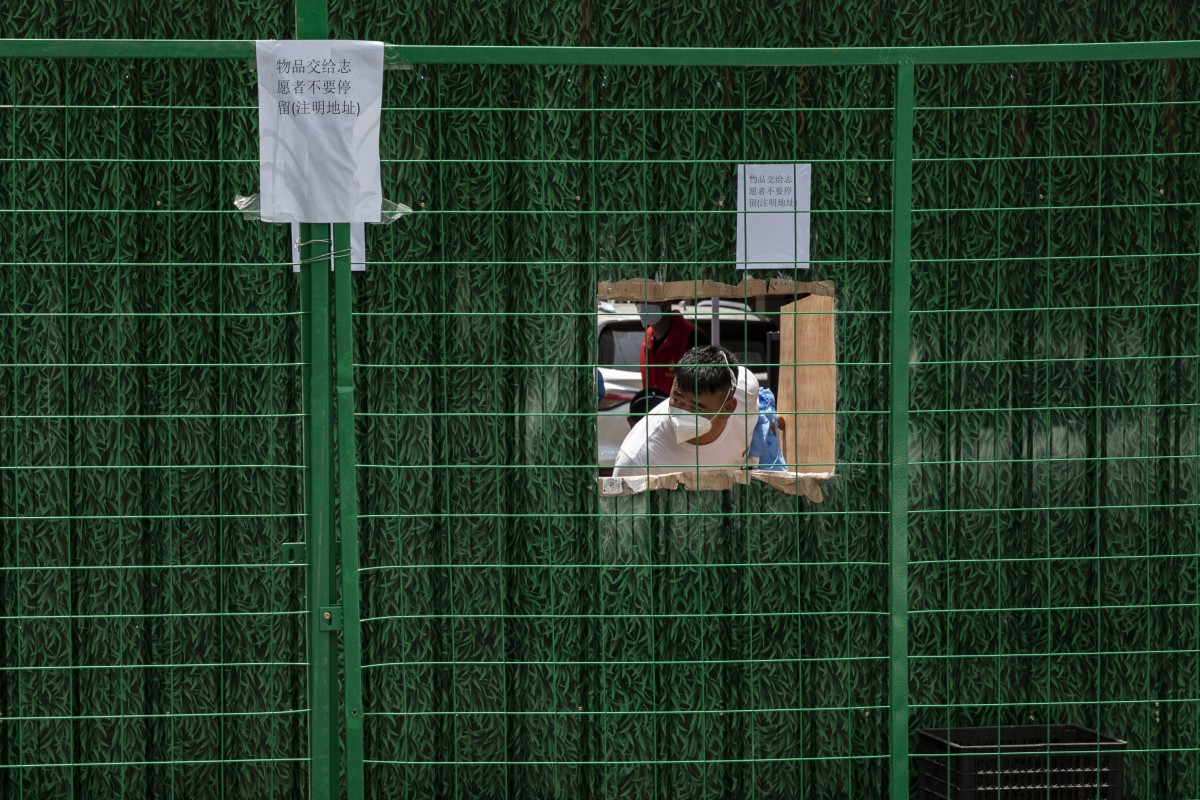 A resident behind fencing surrounding a residential neighborhood placed under lockdown due to Covid-19 in Shanghai, China on July 6. Photo: Bloomberg

Tens of millions of people were under lockdown in China on Wednesday as businesses in a major tourist city were forced to shut their doors and fresh clusters sparked fears of a return to blanket restrictions.

Health authorities reported over 300 infections Wednesday, with clusters found in the historic northern city of Xi’an – home to the Terracotta Army – as well as the country’s biggest city Shanghai.

The fresh cases and the official response to them have deepened fears that China may be set to return to the kinds of strict restrictions seen earlier this year, when Beijing’s hardline zero-Covid policy saw tens of millions locked down for weeks on end.

In Shanghai, some residents on social media Tuesday reported receiving government food rations – a throwback to the month’s long confinement in the spring.

“Let me tell you a scary story, Putuo district is sending out vegetables again,” read one resident’s viral WeChat post.

“I’m so nervous, the epidemic has destroyed my youth. I’m about to go crazy,” posted another Shanghai-based Weibo user.

Workers in protective gear at an entrance to a residential neighbourhood placed under lockdown in Shanghai, China on July 6. Photo: Bloomberg

Officials launched a new round of mass testing in over half of the city’s districts after a rebound in cases since the weekend, closing all karaoke bars Wednesday after some infections were linked to six such venues.

And Xi’an – a historic city of 13 million that endured a month-long lockdown at the end of last year – was placed back under “temporary control measures” after 29 infections were found, mostly among waste recycling workers, since Saturday.

Public entertainment venues including pubs, internet cafes and karaoke bars would shut their doors from midnight on Wednesday, the city government said in a notice.

‘There’s no why’: Shanghai rages at endless coronavirus lockdown

State media showed images of Xi’an residents queuing up for tests past midnight Tuesday, while stressing the city was not in lockdown.

Officials have blamed the city’s outbreak on the BA.5.2 sublineage of the Omicron variant, which is more transmissible and immune evasive.

“The positive infections are all the BA.5.2 branch of the Omicron variant, and epidemiological tracing work is still in full swing,” Xi’an health official Ma Chaofeng said at a briefing.

Residents line up for a Covid-19 testing in Shanghai, China. Photo: Bloomberg

The fresh outbreaks pose a renewed challenge to President Xi Jinping, who last week reaffirmed his commitment to zero Covid despite the mounting economic cost.

Japanese bank Nomura has estimated that at least 114.8 million people are under full or partial lockdowns nationwide as of Monday, a sharp jump from last week’s 66.7 million.

More than 1,000 infections have been reported since last week in central Anhui province, with dozens spilling over to Jiangsu province neighbouring Shanghai, threatening the core Yangtze Delta manufacturing region.