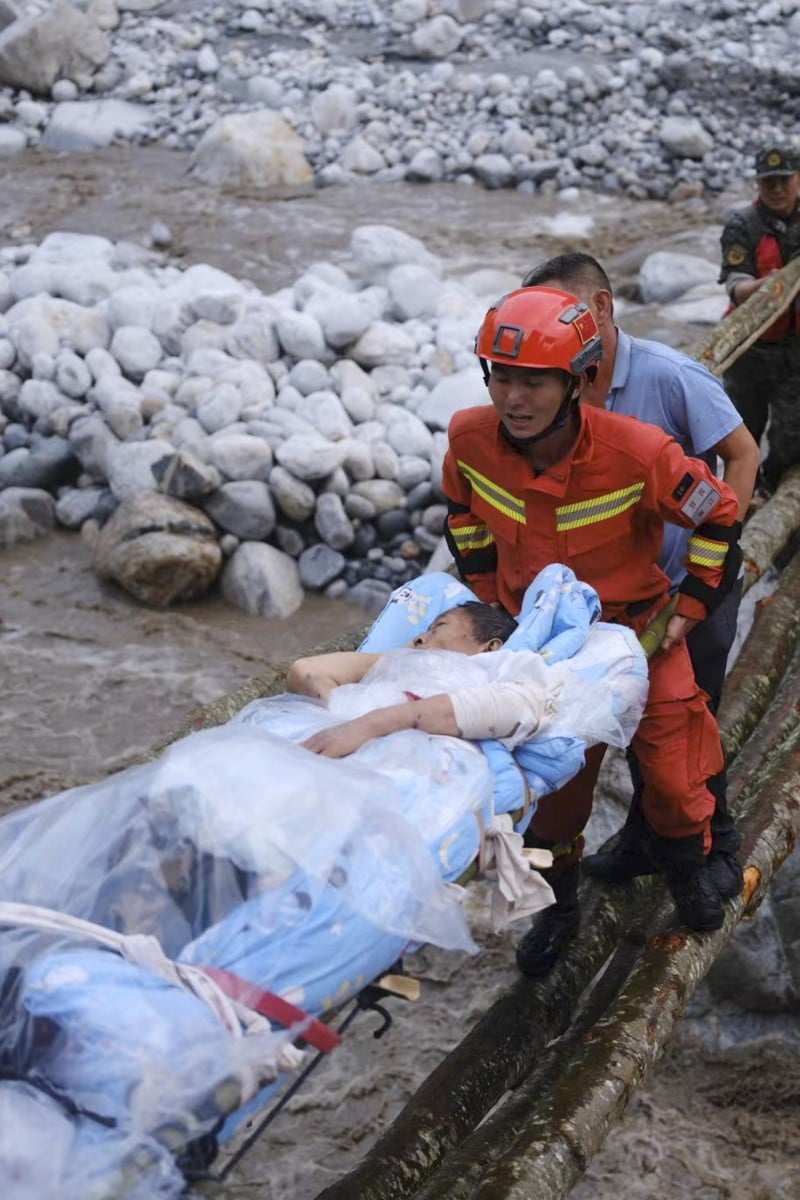 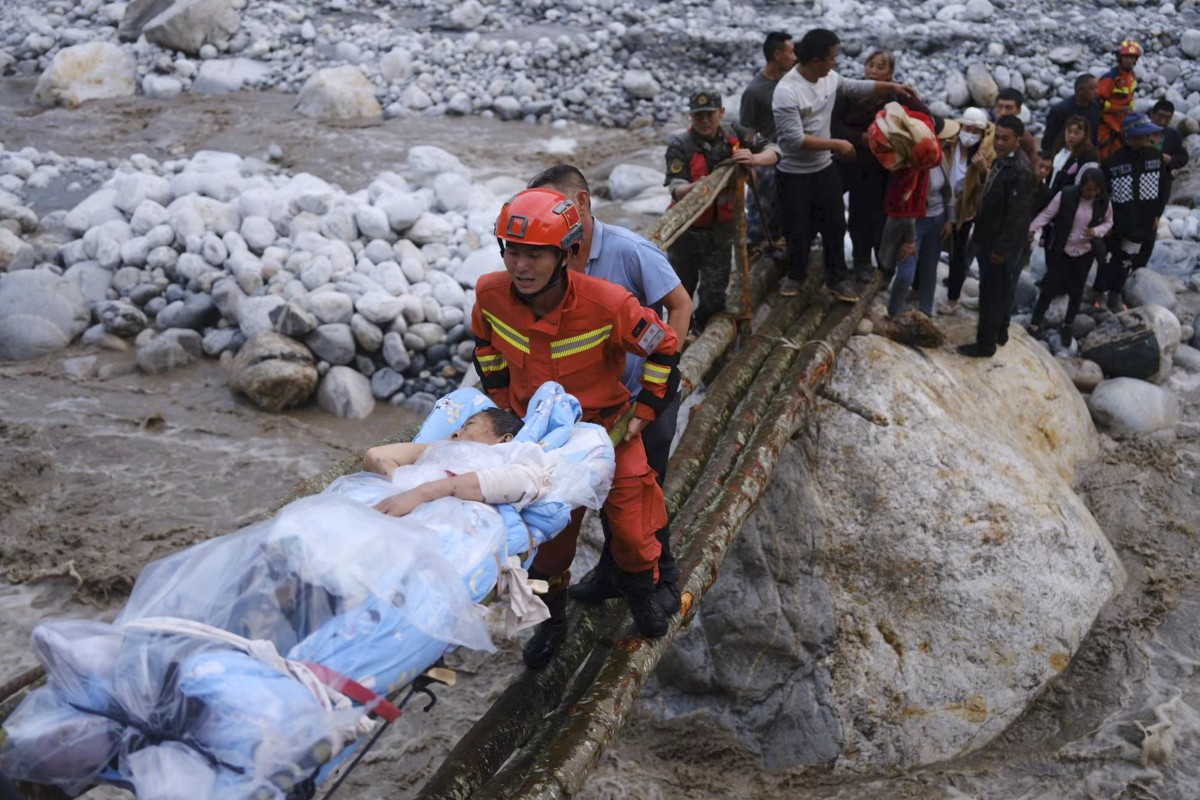 A 6.8-magnitude earthquake hit China’s southwestern Sichuan province on Monday, leaving at least 66 people dead. Another 250 were injured and 15 still missing as of Tuesday evening, with more than 11,000 people evacuated to safer places.

The epicentre of the quake was in Luding, a small town of some 80,000 in Ganzi prefecture. Lying along the eastern boundary of the Qinghai-Tibetan plateau, the mountainous region is quake-prone as it sits atop a major seismic fault line.

Major Sichuan earthquakes in recent times included the magnitude 8.0 disaster centred in Wenchuan in 2008, which killed hundreds of thousands and flattened entire villages, as well as two deadly magnitude 7.0 quakes, in 2013 and 2017.

Here is what you need to know about the latest Sichuan earthquake.

Is an even stronger jolt on the way?

Several moderate aftershocks followed the main quake that hit at 12.52pm on Monday, with more than a dozen counted by authorities as of Tuesday, with the largest of 4.2 magnitude.

Aftershocks are likely to continue for some time, the Sichuan earthquake bureau said, but allayed fears of worse to come. “Larger earthquakes are unlikely to occur in the original earthquake zone in the near future,” the administration said on its website on Monday.

Fan Xiao, a geologist based in Sichuan, said the area from western Sichuan to central Yunnan province next door was seismically active and the risk of large earthquakes could not be ruled out. “It is an active region historically and the seismic community has been paying particular attention to this region over the last decade,” he said.

How bad was this quake compared with Wenchuan 2008?

The Wenchuan earthquake of 2008 was one of the deadliest recorded in China. It killed at least 87,000 people, injured more than 374,000 and left 10 million people homeless.

There have been several major earthquakes in China since, including one in 2013 in Lushan county neighbouring Wenchuan, and another in 2017, in Jiuzhaigou county in mountainous northern Sichuan. Both quakes were of 7.0 magnitude.

Monday’s earthquake, which occurred just 16km below the Earth’s surface, was more severe than the one in 2017, which had resulted in 25 deaths and injured more than 500 people.

Meanwhile, local authorities said a tributary of the Dadu – a major river in Sichuan – had become “crippled” by a landslide-triggered barrier lake. More than 100 people living downstream have been relocated to safety, according to state broadcaster CCTV.

How typhoons get their names

Will Sichuan’s power shortage worsen after the quake?

Sichuan endured one of its most serious power crises in August amid unprecedented heatwaves and drought, with massive factory shutdowns and power rationing for homes.

The quake did cause 57 power transmission lines to trip, with nine substations out of service, and three damaged. However, these account for less than two per cent of the respective power sources. About 40,000 households have had power supplies temporarily affected.

Rescuers search for survivors in Moxi in Luding county. In addition to the death toll, the jolt damaged infrastructure, such as the water and electricity supply, transport and telecommunications. Photo: Xinhua

Will the quake have any lasting impact on the economy?

There has been no official statement on economic losses, but they will be “heavy”, observers forecast.

The intensity of the quake and the resultant death toll put it within the range of “major earthquake disaster” under Sichuan provincial assessment standards, which includes “serious economic loss” as a criterion.

Sichuan has issued a “level-two earthquake emergency response”. As the death toll rises, that response level is likely to be adjusted accordingly.

Ganzi prefecture, where the worst-hit Luding county is located, is known for its rich lithium reserves. Most of its lithium battery factories were not seriously affected as they were far from the epicentre, according to state media.

In comparison, the 2008 Wenchuan quake exacted a heavy economic toll, with direct losses estimated to be more than 845 billion yuan (US$121.8 billion).

Fallen rocks are seen on a road near Lengqi in Luding county after the quake that has been followed by aftershocks. Photo: Xinhua

Is zero-Covid still in place in quake-stricken areas?

A number of cities around Sichuan continued to enforce China’s strict zero-Covid policy during the earthquake.

A social media screenshot of a group chat from provincial capital Chengdu, which has been under lockdown since Thursday over a Covid-19 outbreak, showed a building manager telling rattled residents “don’t go downstairs” as the quake hit. Another video showed a number of residents at the gates of their building complex, demanding to be let out.

Chengdu health authorities responded to the viral discussions on social media. In a statement late on Monday, they said people’s lives and safety should be the top priority during natural disasters and emergency situations, such as earthquakes, fire and floods.