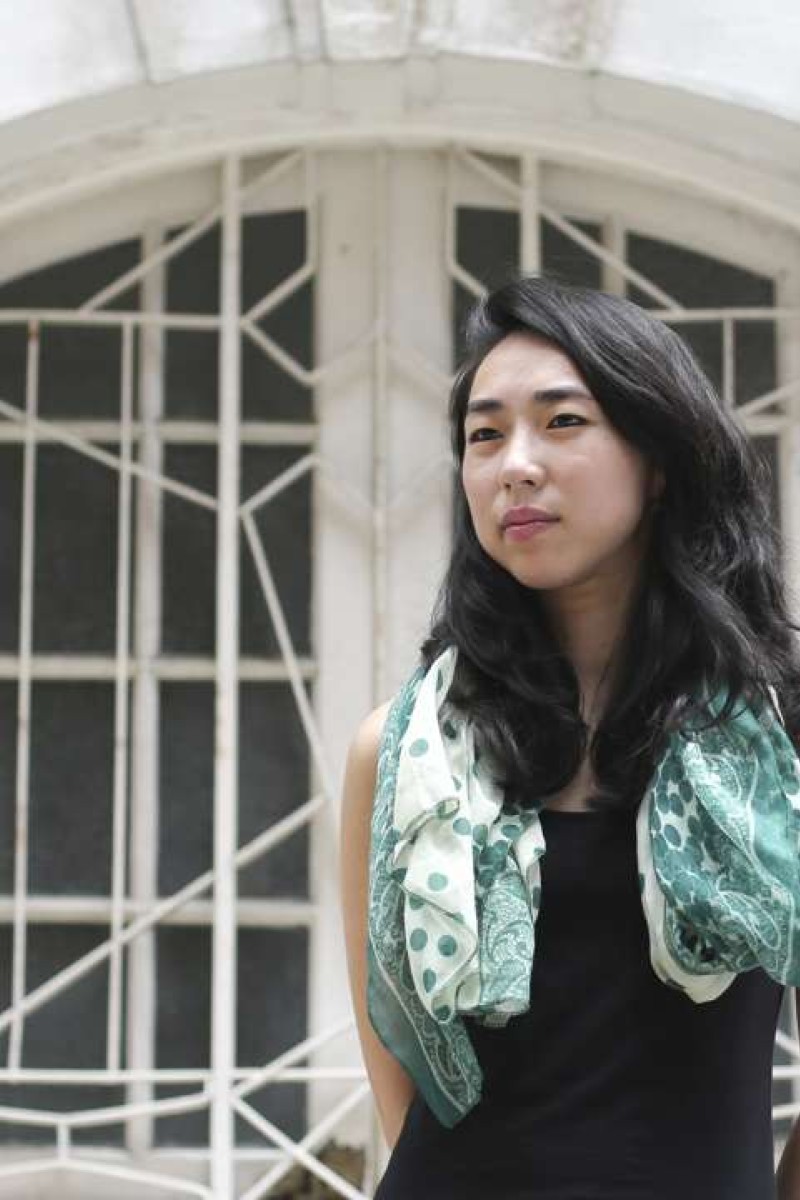 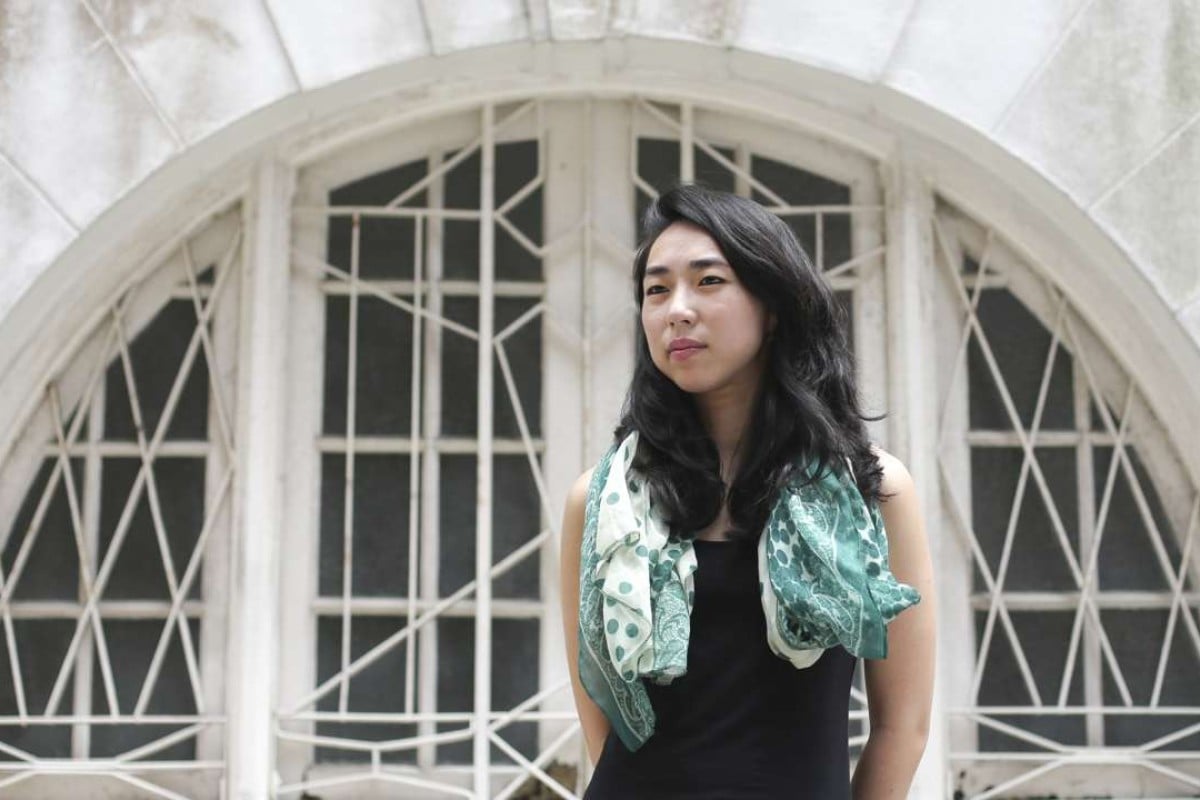 Director of The Women's Foundation's film Nicole Fan sees herself as a victim of the media-induced concept of beauty.

At the age of 15, Christine (not her real name) was earning more money than her father. He earned HK$9,000 a month, barely enough to cover their family’s living expenses, so Christine knew that if she were to have any pocket money of her own, she’d have to earn it.

She decided to do this by trying compensated dating, something a lot of her friends were doing. Compensated dating is a practice that originated in Japan, where men would pay girls for their companionship, in cash or gifts. Often, the dates involve sex.

“The first time I did it I was really scared,” says Christine. “He was like, why are your clothes still on? What are you still standing there for? Help me shower! Lie in bed!”

Some clients had disturbing demands, like wanting her to lick their toes. “If you say no, they would just force you,” she says.

On a busy day, Christine would have three to four clients, each paying about HK$3,000. Earning around HK$30,000 a month, she spent a third on living expenses, and the rest “continuously” buying clothes, cosmetics, and shoes.

“I’d buy a lot. A lot. Low-cut tops, as low as possible, and miniskirts that barely cover my bottom. I’d also buy stuff for my friends, I’m quite generous,” she says. “A lot of girls also do compensated dating to afford plastic surgery and luxury brand products. Expensive stuff. That’s what their social circles are like, so that’s what they need to do to fit in.”

Once, she got pregnant. She asked the client for advice, and he casually told her to get an abortion. The problem was, though, she didn’t have any money. “There wasn’t any point in asking my friends, why would they give me money when they knew what I was going to do?” she recalls. “I had the contacts of old clients, so I slept with them until I had enough money to pay for the procedure.”

Christine is one of the girls who tells her story in She Objects, a documentary commissioned by The Women’s Foundation as part of their She Objects campaign to promote the positive portrayal of women in the media. The film also features celebrity Joyce Cheung.

Grace Leung, a lecturer at Chinese University of Hong Kong’s School of Journalism and Communication, says the media has taught girls to equate success with having a lot of money. “First, they strip the girls of their dignity by setting unattainable standards of beauty,” Leung says in the documentary. “Then, these girls try to buy back their dignity and self-esteem through luxury brands, cosmetics, and slimming programmes.”

A 2011 study by the Yang Memorial Methodist Social Service found that girls as young as 11 are involved in compensated dating.

Nicola Fan, the 27-year-old director of She Objects, tells Young Post that she was surprised at how normal-looking Christine was when she first met her. “She had a small build and was very young looking, and as I listened to her it was heartbreaking to realise what she went through,” says Fan. “She just sounded numb as she went through very explicit details.”

When she was 18, after three years of compensated dating, Christine finally stopped. Fan says her main motivation to stop was because she met a boy she really liked, and wanted to become a better person because of him.

She Objects looks at the media's portrayal of women.

Thinking back on her own experiences, Fan says one important factor to escape insecurity is to find your true passions. Fan herself was a victim of the media-induced concept of beauty. Growing up, she was bigger than her classmates, and she would dread PE class, where she would get snarky comments from her classmates. For a long time, she didn’t dare wear shorts for fear of showing her legs. “It was suffocating. I was obsessed with buying clothes, and I would get teased if I didn’t wear certain brands,” she says.

She was shocked to see people eyeing food and calling it “evil”, and feeling guilty for just desiring it. Her male friends were also very vocal about whether certain girls were “hot” or not. “Like, I’m right there, and they wouldn’t think it’s a problem to talk about whose boobs are bigger in front of me!,” Fan says.

Since secondary school, she has been channelling her insecurities into art. She fell in love with music videos, and wanted to pursue filmmaking. But because her parents were worried about the potential failure of a film career, she studied graphic design at Rhode Island School of Design, an art school in the United States.

“In college, I realised that there were varying standards of a ‘good body’. It made me worry less and focus on what really matters. I wanted people to have something to say about my work, rather than my looks,” she says.

She’s not all about that grace, but Meghan Trainor’s Thank You is simple and great [Review]

Back in Hong Kong, her work at advertising agencies, which involved using Photoshop to further slim down size zero models, frustrated her. So, for fun, she filmed music videos. During one of those videos, she came in touch with the Society for Community Organisation, and ended up doing a short film about their programme for children living in cage homes. This caught the attention of The Women’s Foundation, who gave her the opportunity to film her first feature.

In working on the documentary, she was shocked to find that young girls were less happy, less confident and more depressed than they were just five years ago. “Social media has brought the pressure of looking good to new heights. People alter their skin and features on apps before posting their pictures, so now you’re not just getting these wrong concepts of beauty not only from celebrities, but also from your peers,” says Fan.

But she stays optimistic. Consumers are getting smarter, and restaurants who degrade women, such as Hooters, are sparking a lot of outrage. Things are changing. “Some companies are using normal girls for their ads, telling their personal stories instead of focusing on their looks,” she says. “Brands are listening. “

The Women’s Foundation will screen She Objects at several schools beginning from September, followed by media literacy workshops for students. Click here for more information.