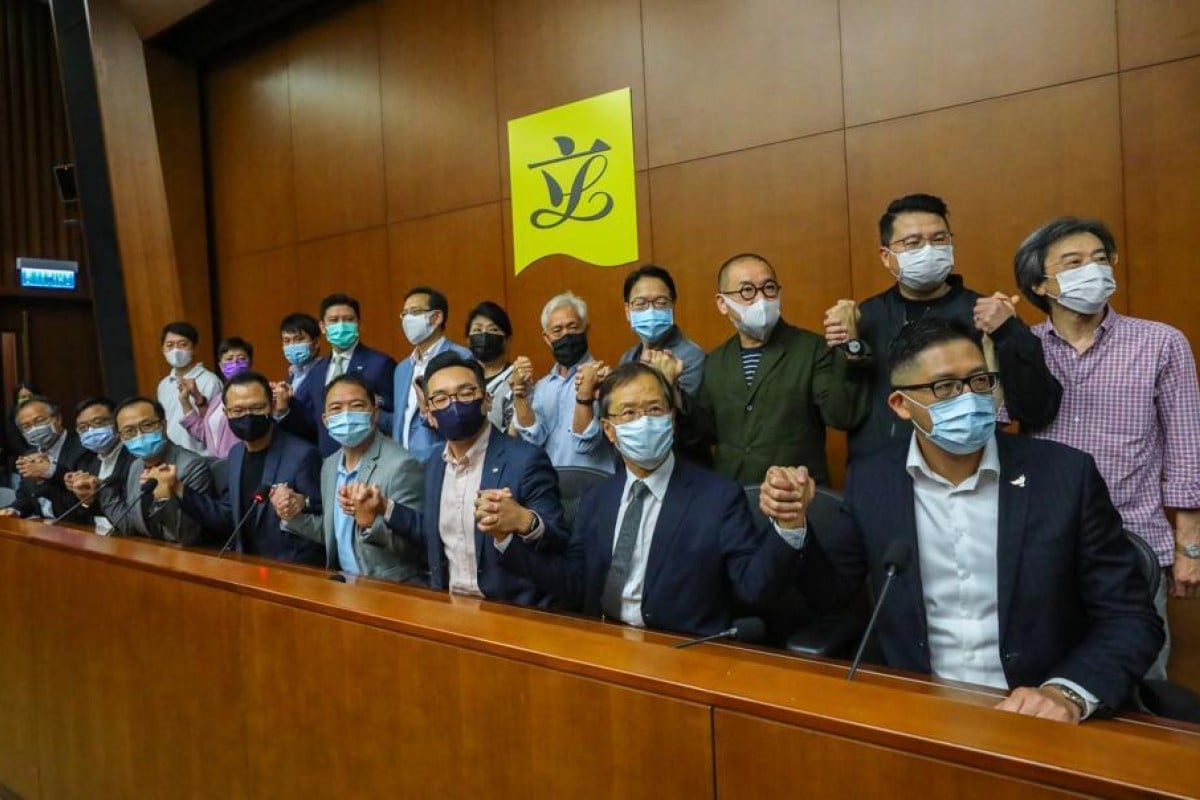 Nineteen opposition legislators have agreed to resign if Beijing decides to disqualify four of them who had been barred from contesting the Legislative Council elections.

A source told the SCMP that the National People’s Congress Standing Committee (NPCSC) had added the issue to its agenda and could discuss it any time.

“We have decided that we will resign en masse without hesitation if the central government decides to push ahead with the disqualification,” Democratic Party chairman Wu Chi-wai, convenor of the pan-democrats, said in a press briefing on Monday. “It is to demonstrate our extreme discontent and strong protest against the authorities’ ruthless attempt to trample the legislature.”

The four lawmakers in question were barred in July from contesting the Legco elections because they had previously called on foreign powers to sanction Beijing and Hong Kong after the implementation of the national security law.

The elections were scheduled for September but postponed for one year because of the coronavirus, and the four lawmakers in question were allowed to carry out their extended terms. In a weekly media briefing yesterday,  Chief Secretary Matthew Cheung Kin-chung declined to comment on whether or not it was necessary for the NPCSC to intervene.

Opposition lawmakers have been trying to stall any work in legislature since the start of their extended term in mid-October.  A source from the pro-establishment camp said their conduct might have upset Beijing, making them rethink the original decision to allow them to serve for another year.

A deputy to the national legislature, who spoke on the condition of anonymity, said the NPCSC would elaborate on whether opposition lawmakers deemed ineligible for re-election by returning officers could continue their extended terms. “But the NPCSC is likely to talk about principles only, and will not name the four lawmakers directly,” the deputy said.