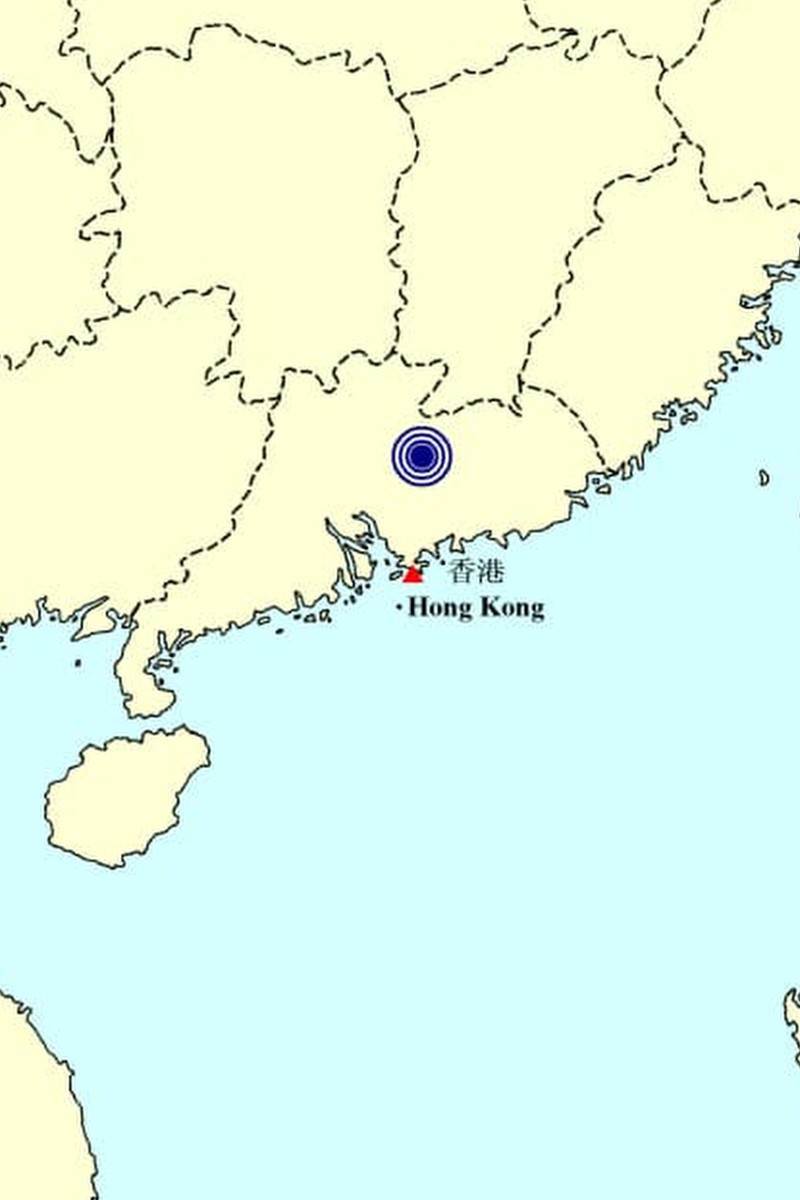 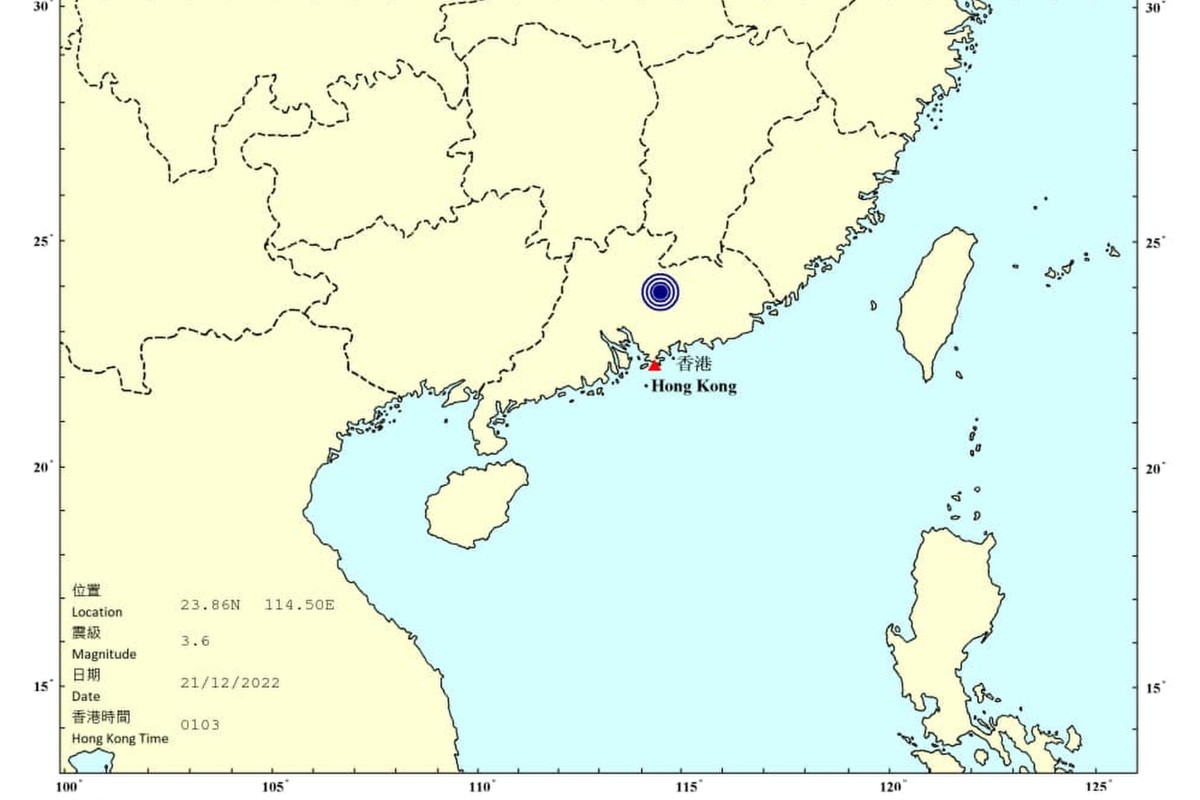 More than 100 Hongkongers reported feeling vibrations after a 3.6-magnitude earthquake struck near the coast of southeastern China early on Wednesday, the Hong Kong Observatory said.

An initial analysis by the forecaster indicated the quake occurred at 1.03am with the epicentre located about 23km northwest of Heyuan city in Guangdong province – or around 180km from Hong Kong.

“The Observatory received over 100 locally felt reports of this earth tremor, the duration of which was a few seconds,” it said.

Initial estimates gave a local intensity of three on the Modified Mercalli Intensity Scale, in which the tremor would feel like the passing of a light truck for people indoors.

Mauna Loa eruption: what causes lava to flow from volcanoes?

The scale, which ranges from one to 12, measures the shaking intensity produced by a quake. One represents “not felt by persons”, with major damage occurring at the top end of the scale.

Some residents described the tremor in the comment section of the Observatory’s Facebook page, with users Man Lung Chong and Suika Li reporting seeing objects shaking slightly at their homes in Tsz Wan Shan and Wong Tai Sin respectively.

“I was playing the piano with my headphones on when I felt the whole building shaking,” Man wrote. “At first I thought it’s me feeling dizzy. I then concentrated and saw the piano rocking against the wall.”

It was not the first time a minor earthquake in the country’s southeast was felt in the city. On March 14 this year, the Observatory received more than 10,000 such reports following a 4.1-magnitude quake that had an epicentre about 92km east-northeast of Hong Kong.