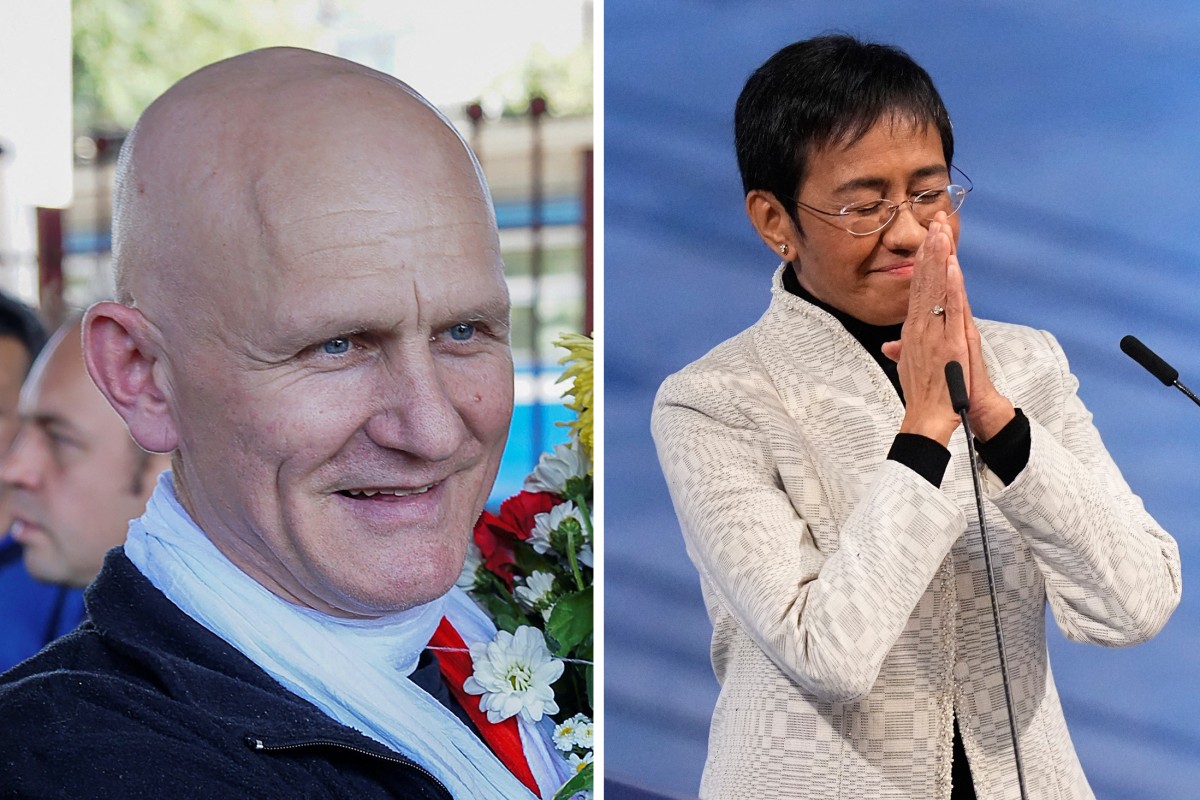 Have some thoughts on this issue? Send us your response (no more than 300 words) by filling out this form or emailing [email protected] by October 19 at 11.59pm. We’ll publish the best response next week.

This is the first Nobel Prize season since Russia’s February 24 invasion of Ukraine, and it echoes the Cold War era, when prominent Soviet dissidents such as Andrei Sakharov and Aleksandr Solzhenitsyn won prizes for peace and literature, respectively.

Despite the Nobel commitee’s insistence to the contrary, the prize will be seen by many as a condemnation of Russian President Vladimir Putin and his closest ally, Belarus President Alexander Lukashenko.

“We believe that it is a war that is a result of an authoritarian regime, aggressively committing an act of aggression,” Norwegian Nobel Committee chair Berit Reiss-Andersen told Reuters after the announcement.

She said the committee wanted to honour “three outstanding champions of human rights, democracy and peaceful coexistence” and called for Bialiatski’s release from prison.

Ressa, the co-founder and CEO of online news site Rappler, was found guilty of cyber libel in June 2020 over charges brought by a businessman regarding a 2012 article that linked him to illegal activities.

Tesla CEO Elon Musk proposed buying Twitter in April, but backed out of the deal, prompting a lawsuit. Now he has revived his offer and called for an end to litigation. Photo: AFP

Tesla CEO Elon Musk has revived his offer of US$44 billion to buy Twitter after backing out of the deal and getting sued. The move comes at a critical moment before his October trial, meant to force the sale to move forward after he backtracked on his offer, citing concerns about fake accounts on the site. Twitter executives denied the allegations, saying the billionaire was trying to back out of the deal because of the price.

Musks’ sudden change of heart was an epiphany regarding his grim chances of winning the lawsuit, and rather than getting involved in a long and ugly court battle, moving forward with the deal was the only way for him to get out of his legal predicament.

It also ties into his ambition to pursue the “X” app – an all-in-one app similar to China-based WeChat where people can do everything from buying groceries to sending each other payments.

Yet Musk faces much greater challenges than WeChat. After all, who would want a capricious business titan to have all our personal information and buying habits at his fingertips?

Having someone as volatile as Musk oversee an app on which millions engage in payments, shopping, identification and more shouldn’t be in the picture. Instead, it would give the world’s richest man, infamous for his unreliability, unprecedented power that we probably prefer to live without.