Regency Ho Ho eased back to travel fore of midfield after jumping swiftly from gate three, rallied four deep upon straightening and finished well to grab victory close to home. Twin Delight worked hard from a wide gate to lead at the 800m, cornered two lengths clear and kept on gamely for second. Outsider Spitfire stayed on reasonably well for a placing after travelling on the back of the leader. Choice Treasure made his run deep with cover third from the rear from a wide gate, swung the final bend with three wider and kept grinding away to grab a Quartet spot. Heroic Guru was detached from the field, cornered four deep and closed to nearly fill a First-4 spot in a much-improved performance. Longwah Amber eased back after jumping alertly from a wide gate to settle in a prominent spot with cover, straightened one off the fence and kept on one-paced over the final 200m. Leowl made some ground from near the back in a pleasing first run this term. Smart Declaration only held his ground after a rail's run behind midfield. Favourite Victorius was never really asked to lengthen when cornering with three wider out at the head of the straight. King Derby had nothing to offer and was one-paced. Incredible Fellow was caught deep fore of midfield, rushed forward to sit third at the 500m and was yielding ground soon after straightening.

KING DERBY and REGENCY HO HO bumped at the start.

LEOWL was crowded for room on jumping between VICTORY HEART and HEROIC GURU, both of which shifted ground.

A short distance after this, HEROIC GURU and LEOWL were both crowded for room between VICTORY HEART and CHOICE TREASURE which shifted in.

VICTORY HEART lost its left hind plate a short distance after the start.

Making the turn after the 600 Metres, LEOWL got its head on the side and lay out.

Then for some distance approaching and passing the 500 Metres, LEOWL was awkwardly placed close to the heels of VICTORY HEART.

For the majority of the race, VICTORY HEART travelled wide and without cover.

When questioned regarding the disappointing performance of VICTORIUS, J Moreira stated that it had been his intention if at all possible to shift VICTORIUS to the outside of runners as the horse had previously finished off its races best when ridden in this manner.

He said because of the circumstances of tonight's race, he was required to race amongst runners as he was not able to shift the horse to the extreme outside.

He said, in his opinion, VICTORIUS appeared reluctant to stretch out in amongst horses and although it quickened somewhat rounding the Home Turn, the horse was disappointing in its failure to finish off the race.

A veterinary inspection of VICTORIUS immediately following the race did not show any significant findings.

When questioned regarding the disappointing performance of INCREDIBLE FELLOW, M Chadwick stated that he had been asked to lead if possible, however, if INCREDIBLE FELLOW, which was having its first race start at Happy Valley tonight, was not able to lead, he should obtain a position behind the speed.

He said after being bumped by SPITFIRE at the start, he rode his mount along in the early stages, however, near the 1150 Metres was awkwardly placed outside the heels of SPITFIRE when that horse shifted out.

He said he then rode his mount along in an endeavour to comply with his instructions, however, INCREDIBLE FELLOW did not show the anticipated early speed and as such was obliged to race further back in the field than had been hoped.

He added INCREDIBLE FELLOW was left racing wide and without cover in the middle stages and for this reason he rode his mount along to improve his position prior to the 600 Metres to race in a position one horse off the rail.

He said as soon as he was able to shift in from three wide into a two wide position, INCREDIBLE FELLOW, near the 500 Metres, immediately came off the bridle and appeared to him to lose interest in the race.

He said despite being vigorously ridden, INCREDIBLE FELLOW did not respond and in the Straight gave ground.

A veterinary inspection of INCREDIBLE FELLOW immediately following the race did not show any significant findings.

The performance of INCREDIBLE FELLOW, which weakened noticeably in the Straight, was considered unacceptable.

Before being allowed to race again, INCREDIBLE FELLOW will be required to perform to the satisfaction of the Stewards in an official barrier trial and be subjected to an official veterinary examination.

A veterinary inspection of VICTORY HEART immediately following the race did not show any significant findings. 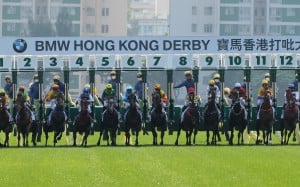 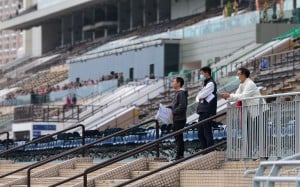