Second-time starter Multimax was out of trouble in the lead, cornered a length on top from Blizzard and just outduelled that one for a win with a step up in distance. Blizzard went forward from a wide gate to sit outside the leader and gave a good sight to just go under. It was a terrific effort despite possible mental issues after dumping his rider and running about prior to the start. Lean Journey settled effectively, cornered three deep and stayed on reasonably well for a placing. Fire Starter was held up six deep until shifting inside for a run at the 180m and finished nicely. Newcomer One More World was caught in traffic four deep upon straightening and ran on all right when switching inside at the 250m. Ah Bo made his run behind midfield after getting hampered at the start, swung the final bend and ran on steadily without menacing. Ten Flames travelled without cover and was yielding ground 150m out.

On entering the track, A Suborics was dislodged from BLIZZARD which then galloped a short distance riderless.

After being remounted, BLIZZARD was ridden to the Start and examined by the Veterinary Officer who said in his opinion it was suitable to race.

FIRE STARTER and AH BO both began awkwardly and then shortly after the start were crowded for room between ONE MORE WORLD and A FAST ONE which shifted in abruptly after being bumped by LEAN JOURNEY.

In this incident, FIRE STARTER bumped the hindquarters of ONE MORE WORLD which became unbalanced.

From wide barriers, ALL MY GAIN and GORDON GEKKO were steadied in the early stages with a view to being shifted across towards the rear.

Approaching the 1100 Metres, ONE MORE WORLD was momentarily crowded for room inside A FAST ONE.

Passing the 900 Metres, LEAN JOURNEY was steadied away from the heels of BLIZZARD (A Suborics) which shifted in when not properly clear.

After the 800 Metres, GOLDEN GUNNERS commenced to prove difficult to settle and got its head up when being checked away from the heels of TO-KALON.

At the same stage, ONE MORE WORLD was awkwardly placed close to the heels of LEAN JOURNEY.

Near the 700 Metres, LUCKY PLACE, which was proving difficult to settle and was inclined to lay out, was momentarily crowded for room inside TEN FLAMES (N Callan) which shifted in before being shifted out abruptly to relieve the tightening to LUCKY PLACE.

After this, LUCKY PLACE travelled keenly and near the 600 Metres was checked after improving inside the heels of TEN FLAMES which, after initially being clear of LUCKY PLACE, then shifted across the running of that horse to a position outside BLIZZARD when not fully clear.

TO-KALON and LEAN JOURNEY, which were racing inside LUCKY PLACE, were hampered in this incident.

N Callan was advised that whilst the racing manners of LUCKY PLACE had a significant bearing on this incident, nonetheless at the time that he directed TEN FLAMES into a position outside BLIZZARD, he was not properly clear and for this he was severely reprimanded and advised to ensure that he exercises due care when shifting ground in future.

When LUCKY PLACE was checked, that horse shifted out abruptly across the heels of TEM FLAMES, resulting in AH BO being checked in consequence.

For the remainder of the race after the 600 Metres, ALL MY GAIN, which was reported to have got its tongue over the bit during the race, hung out.

Before being allowed to race again, ALL MY GAIN will be required to perform satisfactorily in an official barrier trial around a bend.

GOLDEN GUNNERS was held up for clear running rounding the Home Turn and unable to improve.

FIRE STARTER was unable to obtain clear running in the early part of the Straight and passing the 300 Metres became unbalanced when steadied after being disappointed for running between A FAST ONE and LUCKY PLACE.

ONE MORE WORLD was unable to obtain clear running until passing the 300 Metres.

AH BO, MULTIMAX and BLIZZARD were sent for sampling. 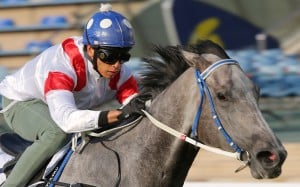 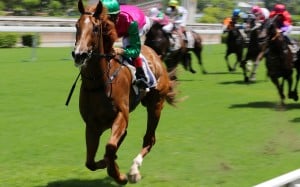 Hall turns to third jockey for Joyful Fortune: ‘he’s got to put his hand up now’ 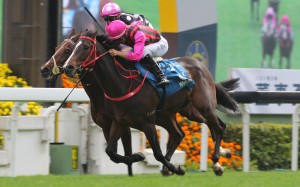 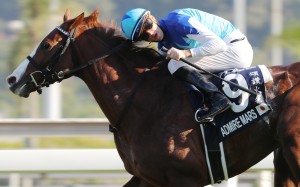 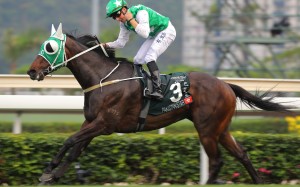 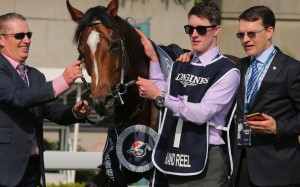 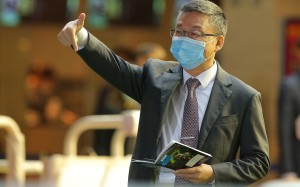 Francis Lui as humble as ever after 700th winner, Joao Moreira’s incredible statistics