Post-time favourite Kirov jumped well to settle fourth along the rails, straightened three deep and wore down Spurs On 30m out for a first win at his 14th start. Spurs On shared the lead with Kim Glory to his outside, opened up by two lengths at the 400m and grudgingly gave way while finishing a clear second. My Legend settled fourth from the rear near the inside after jumping awkwardly, straightened near three deep and closed off well for a placing as the early favourite. How Speedy ran them down for a win at his latest run, but was ridden positively one off the rails in third and came up one-paced over the final 150m after cornering six deep. Born To Win was grinding away without menacing four from the right upon straightening following one-off run in midfield. Sea Warrior made only a mild bid with one wider out after making his run one off behind midfield. Ambitious Glory had to steady 800m out while making his run along the rails in midfield, rounded the final bend five deep and only held his ground. Kim Glory worked too hard from a wide gate to vie for the lead and was gone 150m out.

MIGHTY EQUUS and BORN TO WIN bumped shortly after the start, resulting in MIGHTY EQUUS becoming unbalanced and stumbling.

Shortly after the start, MY LEGEND was steadied away from the heels of KIROV after being bumped by GETAWAY GUY which shifted in.

VICTOR EMPEROR began awkwardly, shifted out and bumped the hindquarters of SEA WARRIOR which became unbalanced.

Passing the 1100 Metres, BRILLIANT MONKEYS (C K Tong), which was being aggressively ridden, was inconvenienced by AMBITIOUS GLORY which was taken in marginally by KIROV (N Rawiller).

After this, BRILLIANT MONKEYS continued to be aggressively ridden when racing in restricted room inside AMBITIOUS GLORY which got its head on the side and lay in away from KIROV.

BRILLIANT MONKEYS was then checked near the 1000 Metres when unable to maintain its position inside AMBITIOUS GLORY which was racing tight inside KIROV which was being steadied to allow SPURS ON to cross.

Whilst this incident was one of some significance, the Stewards were of the opinion that there were some circumstances which resulted in BRILLIANT MONKEYS having to be checked and accordingly no further action was taken.

However, C K Tong was cautioned regarding continuing to attempt to obtain tight running inside other horses.

J Moreira (HOW SPEEDY) pleaded guilty to a charge of careless riding [Rule 100(1)] in that near the 950 Metres he permitted his mount to shift in when not clear of BORN TO WIN, resulting in that horse being taken in onto KIROV which was in turn taken in across the rightful running of AMBITIOUS GLORY which was checked and lost the running to which it was rightfully entitled.

J Moreira was suspended from riding in races for a period to expire on Thursday, 11 June 2015 on which day he may resume race riding (3 Hong Kong racedays).

The commencement of the suspension was deferred until after the Sha Tin racemeeting on Sunday, 31 May 2015.

In addition, J Moreira was fined $60,000 in lieu of a suspension for a period incorporating 1 further raceday.

Near the 800 Metres, AMBITIOUS GLORY was momentarily awkwardly placed inside the heels of KIROV.

Making the turn after the 600 Metres, MY LEGEND got its head on the side and shifted out towards the hindquarters of SEA WARRIOR.

Near the 500 Metres, AMBITIOUS GLORY was awkwardly placed close to the heels of KIROV.

After the 500 Metres, VICTOR EMPEROR got its head on the side and lay out.

GETAWAY GUY lost its left front plate near the 450 Metres.

Throughout the race, VICTOR EMPEROR travelled wide and without cover.

AMBITIOUS GLORY lost its right front plate during the race.

KIROV and SPURS ON were sent for sampling. 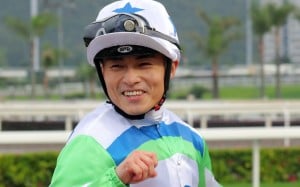 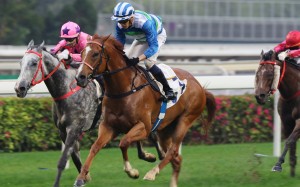 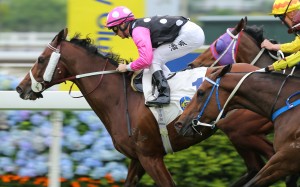 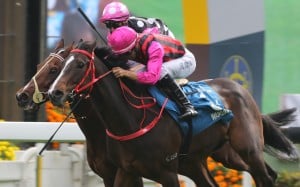 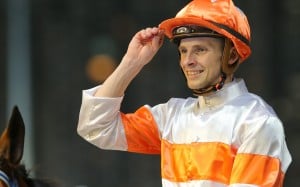 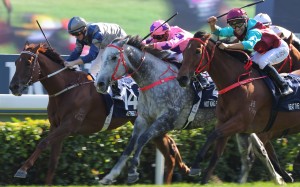 ‘I think he will win’: Moore predicts no first-up blues for Aethero