Favourite Joyful Moments was perfectly positioned fourth along the rails from gate one, angled out three deep coming to the final bend, rushed to the lead 350m out and drew clear for an overdue win. Royale Elegance had only one beaten rounding the final bend very wide after a deep run and finished willingly to edge out Mighty Equus for second. Mighty Equus was pestered for the lead by All My Gain, cornered narrowly on top and grudgingly gave way when headed. Plunged late, Plain Blue Banner travelled one off the rails behind midfield, straightened five deep, ducked inside for a clear run at the 150m and ran on nicely to finish a non-threatening fourth. Born To Win settled one off in third, forced four deep coming to the final bend and only held his ground when asked for a response. Strathearn travelled keenly near the back, straightened three from the right and made some ground without menacing.

MASTER MIND reared as the start was effected and lost ground.

From wide barriers, STRATHEARN and CONSISTENT were shifted across behind runners soon after the start.

CONSISTENT raced ungenerously for some distance approaching the first turn.

After passing the 800 Metres, PLAIN BLUE BANNER was steadied when awkwardly placed close to the heels of HEARTILY WINS.

In the middle stages, MASTER MIND was inclined to lay out and raced ungenerously.

Passing the 700 Metres, SNITZEL KID was awkwardly placed behind BORN TO WIN and as a consequence was allowed to improve around the heels of that horse near the 600 Metres.

STRATHEARN was inclined to lay in in the early stages of the Straight and approaching the 200 Metres was shifted to the outside of ROYALE ELEGANCE into clear running.

Near the 200 Metres, MASTER MIND was inconvenienced by AZTEC EMPIRE which shifted out.

After passing the 200 Metres, PLAIN BLUE BANNER was obliged to shift in abruptly away from the heels of BORN TO WIN and ALL MY GAIN in order to obtain clear running.

For the majority of the event, AZTEC EMPIRE travelled wide and without cover.

G Mosse, the rider of the second placegetter, ROYALE ELEGANCE, was spoken to for failing to ride his mount out all the way to the end of the race as required by the Rules.

The performance of HEY PRANCER, which finished tailed out, was considered unacceptable.

Before being allowed to race again, HEY PRANCER will be required to perform to the satisfaction of the Stewards in an official barrier trial and be subjected to an official veterinary examination.

When questioned, D Whyte stated that ALL MY GAIN was obliged to work hard in the early stages in order to take up a position outside the leader MIGHTY EQUUS.

A veterinary inspection of ALL MY GAIN immediately following the race did not show any significant findings.

After the race, an endoscopic examination was conducted on STRATHEARN at the request of Trainer A T Millard.

Before being allowed to race again, STRATHEARN will be subjected to an official veterinary examination.

A veterinary inspection of MASTER MIND immediately following the race did not show any significant findings.

JOYFUL MOMENTS and ROYALE ELEGANCE were sent for sampling. 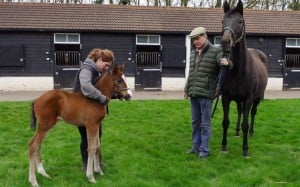 Whyte goes Above and beyond to send Badel home Super Wealthy