None Other settled one off the fence in midfield, rounded the final bend four deep, swept to the front 150m out and kept on gamely to hold early favourite Metallic Star for a first win at his 16th start and second in the grade. Metallic Star settled behind midfield and one off the rails, rounded the final bend five deep and closed well to easily take second with a return to blinkers. Gallant Triumph bided his time one off behind Metallic Star in the run from an outside gate, swung the final bend with three wider out and just out-finished outsider Good For You for a placing in an improved run following a stable change. Good For You ran on well near the inside after saving ground worse than midfield in a vastly-improved run. Amazing Always ran on well near the outside after travelling at the tail from a wide gate. Late-fancied favourite Unique Joyful made only a mild bid four deep after travelling fifth from the rear. Reunited got going from near last in an improved run with a nose band on. Born To Win cornered four lengths on top after setting a swift pace and was leg weary 150m out.

When proceeding to the Start, TRACKER kicked a rail.

On arrival at the barriers, TRACKER was examined by the Veterinary Officer who said that in his opinion it was suitable to race.

UNIQUE JOYFUL began only fairly and then despite being ridden along vigorously in the early stages failed to muster speed.

From the outside barriers, AMAZING ALWAYS, AH BO and REUNITED were all shifted across behind runners in the early stages.

Approaching the first turn, LUCKY PLACE commenced to race keenly and shifted out away from the heels of FLORAL SPUR.

As a consequence of NONE OTHER improving its position to the inside of LUCKY PLACE, that horse was left racing wide and without cover for the remainder of the event.

LUCKY PLACE hung out badly in the Straight and proved difficult to ride.

The racing manners of LUCKY PLACE were considered unacceptable.

Before being allowed to race again, LUCKY PLACE will be required to perform to the satisfaction of the Stewards in a barrier trial.

GOOD FOR YOU was inclined to lay in after passing the 200 Metres.

Apprentice H N Wong was questioned regarding his riding of BORN TO WIN particularly in the middle stages.

He said as he was instructed to lead on BORN TO WIN, he rode the horse aggressively in the early stages and it took him some distance to be in a position to cross a number of runners which showed good speed to its inside.

He said after finding the lead on the rail approaching the 900 Metres, he attempted to steady BORN TO WIN in order to have it relax, however, the horse, as a consequence of being ridden along in the early stages, raced keenly and he was unable to achieve this.

He said in the middle stages as he was aware that he was setting a reasonably quick tempo, he made endeavours to have BORN TO WIN relax although he was unaware that he had opened up such a significant lead over the remainder of the field.

He added after straightening he attempted to nurse BORN TO WIN along for as long as possible as he realized that the horse had done a lot of work during the event, however, BORN TO WIN soon came under pressure and then was not able to close off the race.

He stated that, in retrospect, he had erred in failing to make a more concerted effort to have BORN TO WIN steady in the middle stages.

Apprentice Wong was reprimanded and advised that whilst the Stewards acknowledged his relative inexperience, on this occasion he had ridden an ill-judge race and that, in similar circumstances, he must be aware of the tempo that he is setting so that his mounts are able to close off and be competitive in the latter stages of the race.

When questioned, Z Purton stated that he took up a prominent position on FLORAL SPUR as instructed and the horse travelled well until the entrance to the Straight.

He said however that once placed under pressure, FLORAL SPUR did not feel properly balanced, felt awkward in its action and consequently weakened noticeably.

A veterinary inspection of FLORAL SPUR immediately following the race did not show any significant findings.

Before being allowed to race again, FLORAL SPUR will be subjected to an official veterinary examination.

After the race, the Veterinary Officer reported that TRACKER was displaying an irregular heart rhythm.

Before being allowed to race again, TRACKER will be required to perform satisfactorily in a barrier trial and be subjected to an official veterinary examination.

A veterinary inspection of UNIQUE JOYFUL immediately following the race including an endoscopic examination showed a substantial amount of blood in the horse's trachea.

Before being allowed to race again, UNIQUE JOYFUL will be subjected to an official veterinary examination.

UNIQUE JOYFUL, NONE OTHER and METALLIC STAR were sent for sampling. 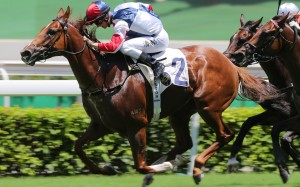 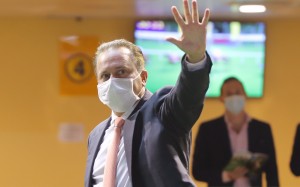 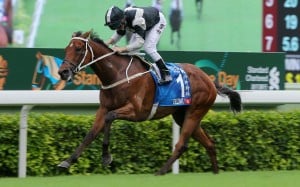 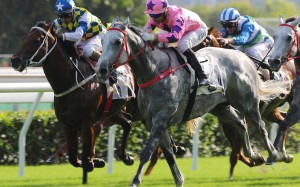 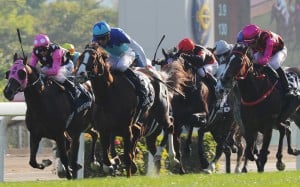 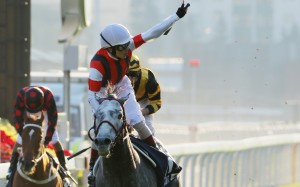 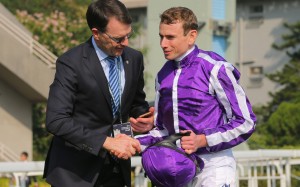