Favourite Right Call settled second behind the tearaway leader Prompt Express, worked to the lead 250m out and just held off the late finish of outsider Dynamic Voyage for the win. He'll be competitive off a light weight in Class Three. Dynamic Voyage closed nicely four deep after travelling one off the fence in fifth. Triumphant Light settled four back and one off the fence outside Sea Warrior, eased into the open six deep rounding the final bend and finished well to overhaul Socket King for a placing. Socket King saved ground five back, peeled into the open five deep at the 330m, worked to third 150m out and peaked on his run 80m out. Care Free Prince just failed to get up for a Quartet spot following a one-off run travelling worse than midfield in an improved run with blinkers. Glacier Blue got going without menacing with one wider out.

After leaving the Parade Ring but prior to entering the track, the bridle fitted to FANCY MUSIC broke, requiring it to be replaced.

FANCY MUSIC then proved reluctant to enter the track and subsequently to proceed to the Start.

Before being permitted to race again, FANCY MUSIC will be required to barrier trial to the satisfaction of the Stewards and be able to be ridden to the Start in a timely manner.

After the race, the Stewards inspected the relevant piece of equipment and were satisfied that it was in overall good condition.

SOCKET KING, KING'S DAGGER and FANCY MUSIC were steadied in the early stages and shifted across behind runners.

Near the 350 Metres, SOCKET KING was shifted abruptly to the outside of DYNAMIC VOYAGE to obtain clear running.

Throughout the race, ENERGETIC CLASS travelled wide and without cover.

When questioned, Apprentice H N Wong stated that after having to ride PROMPT EXPRESS along from a wide barrier in the early stages, he was able to cross RIGHT CALL and assume the lead on the rail after the 1100 Metres.

He said he immediately attempted to steady the tempo on PROMPT EXPRESS as the horse, which it had done at its previous starts, travelled keenly and proved very difficult to settle.

He said this resulted in the middle stages of the race being run at a quicker tempo than he had hoped, however, in his opinion, he was not able to do any more to have the horse travel more comfortably in the lead.

He said because of the manner in which PROMPT EXPRESS had raced in the middle stages, the horse was then not able to finish off the race.

Apprentice Wong was advised that whilst the Stewards accepted that after obtaining the lead he had attempted to steady the tempo, he should, wherever possible, make every endeavour to have his mounts travel so that they are able to finish off their race as best as they can.

A veterinary inspection of PROMPT EXPRESS immediately following the race did not show any significant findings.

RIGHT CALL and DYNAMIC VOYAGE were sent for sampling.

Whyte weathers drought: ‘thank goodness I’ve been in the game a long time’ 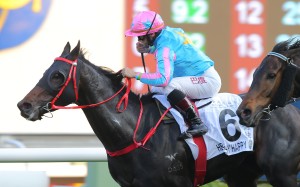 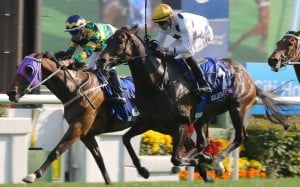