Odds-on favourite Aerohappiness kept on nicely after hitting the front 300m out following a deep run without cover in third to win his debut. He lived up to his trials and there's plenty of improvement to come. Plunged late Little Bird showed good gate speed with a move to cheek pieces and wouldn't go down without a fight. He's progressed nicely in his three starts and can pop up at any time. Destin finished strongly after travelling second from the rear. He's racing well but do prefer him over 1,400m or even a mile. London Master ran on steadily from behind midfield on the fence to just nip newcomer Happy Sebring for fourth. He hasn't performed too badly after winning back-to-back earlier in the term but is on his mark. Unwanted in betting Happy Sebring finished very well despite rolling around in the drive to nearly spice up the Quartet following a patient ride third from the rear. He's still a work in progress but appears to have some raw ability.

RELENTLESS ME was withdrawn on 1.4.18 by order of the Stewards acting on veterinary advice (lame right fore) and was replaced by Standby Declared Starter FATE FIRE (K C Leung).

Before being allowed to race again, RELENTLESS ME will be subjected to an official veterinary examination.

TOP STRIKE, which proved very reluctant to enter the Parade Ring, will be required to undergo a satisfactory parade test prior to its next race start.

LETSGOFREE, which began awkwardly, was checked on jumping when crowded for room between MASTER VIKING and CHARMING BACHELOR which shifted out abruptly despite the efforts of its rider.

From wide barriers, DESTIN and FATE FIRE were shifted across behind runners in the early stages.

Also from the outside barrier, when being steadied to obtain cover, ALL YOU NEED got its head up on a number of occasions in the early stages.

When being steadied after the 1100 Metres to obtain cover, AEROHAPPINESS raced greenly and shifted ground on a number of occasions.

Near the 1000 Metres, after initially shifting in to race tight outside FOREVER SMART, AEROHAPPINESS shifted out, resulting in CHARMING BACHELOR, which was travelling keenly, being hampered.

When being steadied to obtain cover for some distance after the 1100 Metres, ALL YOU NEED travelled keenly.

FATE FIRE got its head up after the 1000 Metres when being steadied to obtain cover.

CHARMING BACHELOR lost its left front plate near the 850 Metres.

LONDON MASTER had difficulty obtaining clear running in the early part of the Straight.

Passing the 200 Metres, TOP STRIKE was awkwardly placed outside the heels of ALL YOU NEED when giving ground.

Passing the 50 Metres, CHARMING BACHELOR (O Doleuze) raced tight between LETSGOFREE and ALL YOU NEED.

O Doleuze was reminded of his obligation to ride his mounts out all the way to the end of the race where circumstances permit.

Throughout the race, AEROHAPPINESS and TOP STRIKE travelled wide and without cover.

Although the riding out of A Sanna (LONDON MASTER), which finished 4th, over the concluding stages did not affect the horse's final finishing position, A Sanna was severely reprimanded for failing to ride his mount out to the end of the race as required.

When questioned regarding his riding of HAPPY SEBRING, D Whyte stated that after riding the horse in all of its barrier trials in Hong Kong, he was asked to ensure that the horse began well and then to take up as forward a position as possible from its inside barrier but primarily to have the horse racing where it was comfortable.

He said after beginning satisfactorily, he rode his mount along for a considerable distance in the early stages, however, HAPPY SEBRING was reluctant to maintain its position and for this reason he had to slap the horse down the shoulder with the whip after the 1100 Metres to have it racing as handy as possible.

He said, despite this, HAPPY SEBRING raced greenly and was reluctant to maintain its position in the early stages and consequently got further back in the field than had been hoped.

He said he continued to ride his mount along in the middle stages to remain racing as close to the main body of the field as possible and when DESTIN improved its position forward of HAPPY SEBRING after the 600 Metres, he rode his mount vigorously in an attempt to trail that horse into the Straight.

He added, despite being ridden along, HAPPY SEBRING was not able to show the same turn of foot as DESTIN and DESTIN was able to establish a margin over HAPPY SEBRING at the entrance to the Straight.

He said he shifted HAPPY SEBRING to the outside of runners on straightening and HAPPY SEBRING, when tested, commenced to finish off the race strongly.

He said near the 200 Metres when struck with the whip, HAPPY SEBRING shifted in which required him to stop riding and straighten his mount to avoid causing interference to TOP STRIKE to his inside.

He said he considered changing his whip over into the right hand at this time, however, he was of the belief that as HAPPY SEBRING was racing greenly, the horse may shift out further after being corrected to prevent causing interference to TOP STRIKE and therefore he continued to ride with the whip in the left hand.

He said after this HAPPY SEBRING continued to race greenly over the concluding stages but still finished off the race strongly.

A veterinary inspection of CHARMING BACHELOR immediately following the race did not show any significant findings.

AEROHAPPINESS and LITTLE BIRD were sent for sampling. 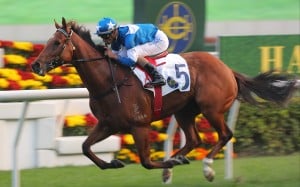 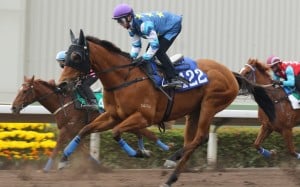 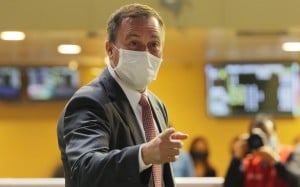