Well-backed California Fortune was well rated after leading from gate nine and just held off raging favourite Full Of Beauty to notch a fourth career win. Full Of Beauty had his unbeaten run halted at five after just failing to get up following a prominent run. Styling City stayed on reasonably well for third following a handy run along the fence at only his second start around a bend. There's still more to come from the three-year-old. Fortune Booth was badly held up for a run until the last 100m following a patient ride third from the rear and should have finished much closer. He's starting to get on track again in his past couple of starts. Dragon General was getting going late near the outside after a patient ride one from the back. He rarely produces a bad run but the 1,400m suits him better. Refined Treasure came up one-paced after a one-off run with cover in midfield. He wasn't able to raise his game with a step up to the 1,200m for the first time.

As the start was effected, HAPPY FAMILY reared and lost a significant amount of ground.

The performance of HAPPY FAMILY was considered unacceptable.

Before being allowed to race again, HAPPY FAMILY must perform competitively in a barrier trial at which time the horse will be required to jump on terms with the field and be subjected to an official veterinary examination.

REFINED TREASURE shifted in at the start and bumped the hindquarters of FULL OF BEAUTY.

Then a short distance after the start, FULL OF BEAUTY, after becoming unbalanced, was then taken out marginally by STYLING CITY which resulted in REFINED TREASURE, FORTUNE BOOTH and WATER DIVINER all being crowded for room inside CALIFORNIA WHIP which also shifted in.

This resulted in FORTUNE BOOTH being checked and WATER DIVINER and REFINED TREASURE being badly hampered.

Shortly after the start, JUMBO LUCK got its head on the side and shifted out abruptly, resulting in SUPER HOPPY being crowded for room.

After this, from wide barriers, SUPER HOPPY and BREEDERS' STAR were shifted across behind runners.

Near the 1150 Metres, WATER DIVINER and CALIFORNIA WHIP were crowded for room inside DRAGON GENERAL which was taken in by STORM SIGNAL which, after being bumped by CALIFORNIA FORTUNE (Apprentice K H Chan), then got its head on the side and shifted in away from that horse.

Apprentice Chan was advised that whilst there were a considerable number of factors associated with this incident which continued for some distance, nonetheless he was advised to exercise more care.

Apprentice K H Chan (CALIFORNIA FORTUNE) pleaded guilty to a charge of careless riding [Rule 100(1)] in that near the 900 Metres he permitted his mount to shift in when not clear of STORM SIGNAL, causing that horse to be severely checked and to lose the running to which it was rightfully entitled.

Apprentice Chan was suspended from riding in races for a period to commence on Sunday, 28 April 2019 and to expire on Monday, 6 May 2019 on which day he may resume race riding.

During this time there are 2 Hong Kong racemeetings scheduled to be conducted at which Apprentice Chan is eligible to accept riding engagements.

When STORM SIGNAL was checked, STYLING CITY, which was following, was severely checked away from the heels of that horse in consequence.

REFINED TREASURE, which was following STYLING CITY, was shifted out away from the heels of that horse, resulting in WATER DIVINER being hampered and racing tight inside CALIFORNIA WHIP which throughout the race travelled wide and without cover.

Passing the 400 Metres, BREEDERS' STAR was shifted to the outside of STYLING CITY.

FORTUNE BOOTH, which was following BREEDERS' STAR, was shifted out away from the heels of that horse in consequence.

FORTUNE BOOTH was then unable to obtain clear running from on straightening until after the 150 Metres.

He said making the turn after the 800 Metres, under race conditions for the first time, REFINED TREASURE was awkward in its action and he had to ride his mount along after the 700 Metres to maintain its position outside STYLING CITY.

He said REFINED TREASURE also made the turn after the 600 Metres awkwardly and then in the Straight lay out.

He added, in his opinion, REFINED TREASURE handled the track surface today, but the horse's disappointing performance could be attributed to it having to race around a turn for the first time.

A veterinary inspection of REFINED TREASURE immediately following the race did not show any significant findings, however, the horse was unable to be scoped due to being fractious.

After the race, R Bayliss (WATER DIVINER) stated that his mount travelled satisfactorily throughout the early and middle stages but after racing tight outside REFINED TREASURE rounding the Home Turn came off the bridle and then did not finish off the race as anticipated.

A veterinary inspection of WATER DIVINER immediately following the race did not show any significant findings.

CALIFORNIA FORTUNE and FULL OF BEAUTY were sent for sampling. 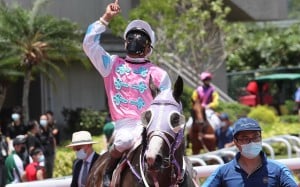 Teetan pays tribute to fallen countryman Juglall: ‘we were like brothers’ 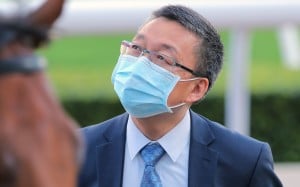 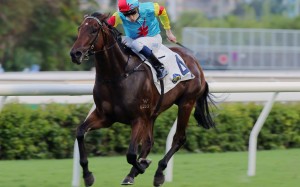 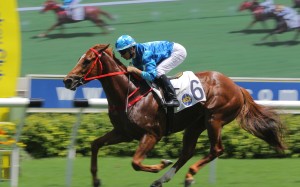 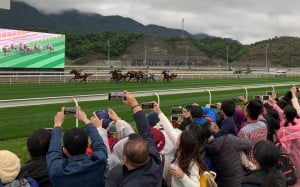 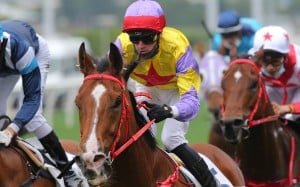 Bravo to the straight-track sensation: ‘the 1,000m is what he needs’ 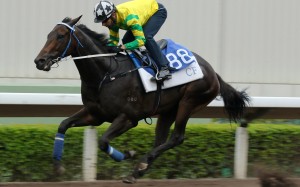