Well-backed Massive Pocket showed a terrific turn of foot near the inside to grab victory 60m out after a patient ride second last from a wide gate. He has been racing well this term and relished a step up to the 1,200m here. Speed Vision gave a cheeky sight after finding the front as expected from gate five. He clearly has the tools to win down the line in this grade. Plunged late Relentless Me kept on gamely for a placing after a well-executed one-out, one-back run from a tricky gate. Favourite G Unit came up one-paced over the last 100m following a box-seat run. The step up to 1,200m backfired. Jumbo Happiness ran on without menacing from midfield. He's beyond his better days. E Star ran on without ever looking a chance after making his run third from the back. He got too far back. Starlight blew his chance after a slow start. Baby was gone a long way out after getting posted wide and without cover the entire trip in midfield from an outside gate.

After being loaded into the barriers, SPECIAL STARS got its head down and attempted to get under the front gates.

SPECIAL STARS was removed from the barriers and examined by the Veterinary Officer who said that the horse had hit its head on the front gates and accordingly was not suitable to race.

Acting on this advice, SPECIAL STARS was withdrawn by order of the Stewards.

Before being allowed to race again, SPECIAL STARS will be required to perform satisfactorily in a barrier trial and be subjected to an official veterinary examination.

VERY RICH MAN and MASSIVE POCKET bumped at the start.

After this, MASSIVE POCKET, from the outside barrier, was shifted across behind runners to obtain cover.

STARLIGHT was steadied in the early stages to obtain cover and after travelling a short distance was shifted out away from the heels of E STAR which was taken out by CALIFORNIA TURBO.

When being steadied to obtain cover behind SPEED VISION making the turn near the 1050 Metres, G UNIT travelled keenly and shifted out towards the heels of SPEED VISION near the 1000 Metres, resulting in G UNIT being awkwardly placed inside that horse.

After the 200 Metres, RELENTLESS ME was awkwardly placed outside the heels of VERY RICH MAN.

SPEED VISION lay out under pressure in the Straight.

When questioned, A Badel (BABY) stated that, from a wide barrier, he attempted to obtain cover making the first turn behind RELENTLESS ME.

He said when a number of horses were ridden along to improve their position to the inside of BABY after the 1100 Metres, most notably CALIFORNIA TURBO and BLOTTING PAPER, his mount was left racing four wide and without cover after the 1000 Metres.

He said he allowed BABY to improve its position after the 800 Metres, however, was only able to shift into a three wide position and still without cover.

He said although BABY endured a hard run in the early and middle stages, nonetheless, in his opinion, this did not fully account for the way that the horse weakened noticeably in the Straight.

He added he placed his mount under pressure prior to the Home Turn and BABY did not quicken before commencing to give ground after the 300 Metres to finish at the rear of the field and, in his opinion, raced "flat?? A veterinary inspection of BABY immediately following the race revealed the horse to be displaying an irregular heart rhythm.

Before being allowed to race again, BABY will be required to perform satisfactorily in a barrier trial and be subjected to an official veterinary examination.

After the race, T Piccone was not able to offer any explanation for the disappointing performance of CALIFORNIA TURBO.

He said the horse travelled satisfactorily throughout the early and middle stages, but when placed under pressure in the Straight did not quicken as expected and then did not finish off the race.

A veterinary inspection of CALIFORNIA TURBO immediately following the race did not show any significant findings. 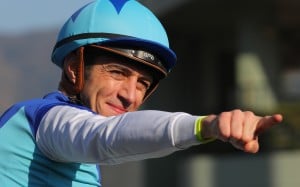 After the debacle of 12 months ago, Soumillon returns to Sha Tin heavily armed 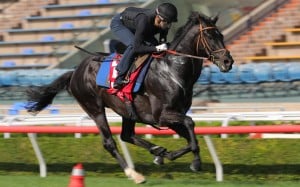 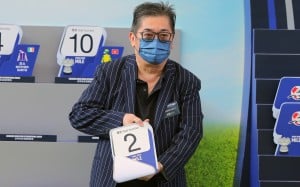 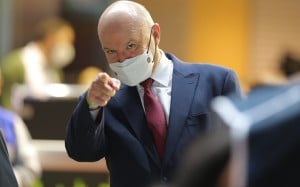 Hayes warms up for HKIR by snaring IJC trainers’ bonus