Good Shot quickened nicely to run down favourite Super Alliances in the final few strides for the win after making his run one off better than midfield. He was well backed when failing in his November debut at Sha Tin and looks like he'll get a longer trip as well. Super Alliances couldn't keep the engines purring along inside the last 50m and had to settle for second after taking the lead from Winner's Heart 500m out. He can break through at any moment. The Show kept on gamely following a box-seat run to fill a placing. Old-timer's racing well without winning. Jolly Convergence ran on steadily to fill the frame after a deep run without cover in midfield. He is well-rated off his current mark. Lucky Quality got going from behind midfield to pick up a minor cheque. The slow pace worked against him. Punted late Daily Delight ran on all right with one wider out after settling fourth last from a wide gate. He's still a work in progress but has flashed potential in his three starts.

GOOD SHOT shifted out at the start and bumped SUPER ALLIANCES.

SUPER ALLIANCES then shifted in and bumped MANY GAINS.

LUCKY QUALITY, which was fractious in the barriers, began awkwardly.

From the outside barriers, MASTER ALBERT and HARMONY N HOME were shifted across behind runners in the early stages.

Near the 900 Metres, MASTER ALBERT became unbalanced after being bumped by HARMONY N HOME which shifted in.

HARMONY N HOME then commenced to travel keenly and approaching the 800 Metres shifted out abruptly away from the heels of DAILY DELIGHT.

MASTER ALBERT was held up for clear running rounding the Home Turn and in the early part of the Straight and near the 300 Metres was shifted in away from the heels of LUCKY QUALITY.

When MASTER ALBERT shifted in, MANY GAINS was inconvenienced.

After the 100 Metres, MASTER ALBERT was shifted to the inside of GOLDEN GLORY after being disappointed for running between that horse and WINNER'S HEART which shifted in when weakening.

Throughout the race, JOLLY CONVERGENCE travelled wide and without cover.

When questioned, B Shinn stated that at its most recent start, from a wide barrier, he had allowed DAILY DELIGHT to obtain a forward positon having been instructed to obtain a position behind the speed if possible.

He said when DAILY DELIGHT was left racing wide making the first turn after the 1100 Metres he rode his mound to go forward to obtain a position closer to the lead which resulted in the horse then weakening over the concluding stages.

He said from a similarly wide draw tonight, he was asked to again attempt to obtain a forward position behind the speed with cover to see whether DAILY DELIGHT would finish off the race better than it did last start.

He said DAILY DELIGHT began only fairly and then after the start was awkwardly placed outside the heels of JOLLY CONVERGENCE which shifted out.

He said as a number of horses which were drawn better than DAILY DELIGHT were ridden along to obtain a forward position, he believed that by allowing his mount to go forward at that time would likely result in it racing wide and without cover and therefore he elected to steady his mount and shift DAILY DELIGHT across behind runners to obtain cover.

He added DAILY DELIGHT travelled comfortably throughout the early and middle stages and after shifting to the outside of JOLLY CONVERGENCE rounding the Home Turn finished off the race satisfactorily.

When questioned regarding the disappointing performance of WINNER'S HEART, N Callan stated that he was able to obtain a forward position in the early stages without having to make too much use of the horse.

He said after shifting across to race outside the lead, WINNER'S HEART travelled satisfactorily in the middle stages but then came under pressure prior to the 400 Metres.

He said when under pressure, WINNER'S HEART made the Home Turn awkwardly and after being ridden out in the early part of the Straight commenced to tire after the 200 Metres before giving ground noticeably over the concluding stages.

He added as WINNER'S HEART had previously raced well when ridden by him over the course and distance without any head gear, he suggested to connections that they may wish to remove the visor from the gear carried by WINNER'S HEART in its future starts.

A veterinary inspection of WINNER'S HEART immediately following the race did not show any significant findings.

After the race, J Moreira reported that SUPER ALLIANCES did not feel comfortable in its action over the concluding stages.

A veterinary inspection of SUPER ALLIANCES immediately following the race did not show any significant findings.

A veterinary inspection of HARMONY N HOME immediately following the race did not show any significant findings, however, the horse was unable to be scoped due to being fractious.

GOOD SHOT and SUPER ALLIANCES were sent for sampling.

Hayes bullish on Beauty Generation: ‘he has a big race in him for sure’ 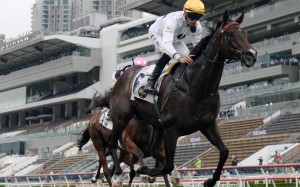 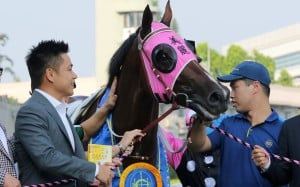 Five facts for Sha Tin: Celebration Cup has been a good race for punters

Badel back to square one despite short-term success: ‘that’s just the rule’