Leading Fortune came with a perfectly timed run to overhaul Cheerful Days after a patient ride third from the rear. He had put the writing on the wall with seconds in two of three prior starts. Cheerful Days couldn't hold off the winner's late surge after hitting the front from midfield at the 300m. He remains costly on a win line in his five starts but is a winner waiting to happen. Family Leader kept on well after getting impeded 200m out following a one-off run beyond midfield to just get the head down for third. It was another honest effort. Rainbow Light ran on nicely down the outside from the rear of the field to just miss a placing. He relished the switch to the turf after going all right in one of two runs on the dirt. It was another typical effort by Stunning Impact, who got going late to pick up a minor cheque after settling near last from a wide gate. Pakistan Friend kept on all right following a rails run in midfield. It was his best run in a while.

RUN RUN GOOD was checked and lost ground on jumping when crowded for room between RED MAJESTY which jumped out and LEADING FORTUNE which shifted in after being bumped heavily by FAMILY LEADER which began very awkwardly.

ALL FOR ST PAUL'S shifted out at the start, inconveniencing DECISIVE ACTION and PAKISTAN FRIEND soon after the start.

From wide barriers, APOLAR WARRIOR, RAINBOW LIGHT and STUNNING IMPACT were all shifted across behind runners in the early stages.

At the 1000 Metres, FAMILY LEADER was left racing wide and without cover.

When the pace steadied near the 800 Metres, LIGHT MY DAY shifted out off the heels of RED MAJESTY and consequently raced wide and without cover throughout the middle stages.

An inquiry was conducted into an incident which occurred approaching and passing the 300 Metres where RUN RUN GOOD and BRAVE POWER were severely checked when badly crowded for room between APOLAR WARRIOR (M L Yeung) and FAMILY LEADER, both of which were also badly hampered as a consequence of contact with RUN RUN GOOD and BRAVE POWER respectively.

It was further established that after passing the 300 Metres APOLAR WARRIOR, which was attempting to improve to the outside of the heels of LIGHT MY DAY, then became very awkwardly placed due to LIGHT MY DAY shifting out slightly when brushed by DECISIVE ACTION which improved into tight running between LIGHT MY DAY and ALL FOR ST PAUL'S.

As a consequence of being very awkwardly placed near the heels of LIGHT MY DAY which was giving ground quickly, APOLAR WARRIOR was checked and shifted out further, resulting in severe crowding to RUN RUN GOOD and BRAVE POWER.

In all the circumstances, A Badel was severely reprimanded and advised that he would be expected to make more of an effort to prevent his mounts from shifting ground than he did on this occasion.

M L Yeung was also advised that whilst the Stewards accepted that his mount had been very awkwardly placed near the heels of LIGHT MY DAY which shifted out as it was weakening, in similar circumstances he would be expected to do all in his power to prevent shifting ground and causing interference to other runners.

Approaching the 200 Metres, JIMMU was checked when disappointed for a run inside ALL FOR ST PAUL'S which, after shifting out marginally, then shifted back in under pressure.

The Stewards were satisfied that in this incident JIMMU had not established running to the inside of ALL FOR ST PAUL'S prior to that horse shifting in.

V Borges (PAKISTAN FRIEND) pleaded guilty to a charge of careless riding [Rule 100(1)] in that near the 150 Metres he permitted his mount to shift in under pressure when not clear of DECISIVE ACTION, resulting in that horse being checked.

V Borges was suspended from riding in races for a period to commence on Sunday, 24 January 2021 and to expire on Thursday, 28 January 2021 on which day he may resume race riding (2 Hong Kong racedays).

When questioned, K C Leung stated that he was forced to ride ALL FOR ST PAUL'S vigorously in the early stages for it to take up a forward position in accordance with the horse's normal racing pattern.

He said after assuming the lead after the 1400 Metres, ALL FOR ST PAUL'S then travelled satisfactorily throughout the middle stages.

He said however that ALL FOR ST PAUL'S soon came under pressure in the early part of the Straight and then was disappointing in the manner in which it failed to close off the race.

He added that after the race he suggested to connections that they might consider giving the horse a freshen-up as it might have been affected by some tough runs of late.

Trainer F C Lor stated that he felt that with top weight, ALL FOR ST PAUL'S had to work hard in the early stages to take up the lead and this had, in his view, taken its toll on the horse's finishing performance.

He said however that in light of ALL FOR ST PAUL'S' disappointing run and also the advice from Jockey Leung, it had been decided to give the horse a freshen-up.

A veterinary inspection of ALL FOR ST PAUL'S immediately following the race did not show any significant findings.

A veterinary inspection of BRAVE POWER immediately following the race did not show any significant findings.

A veterinary inspection of DECISIVE ACTION immediately following the race including an endoscopic examination showed a substantial amount of blood in the horse's trachea.

Before being allowed to race again, DECISIVE ACTION will be subjected to an official veterinary examination. 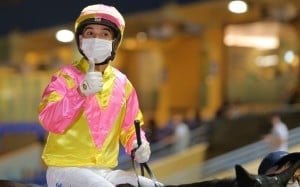 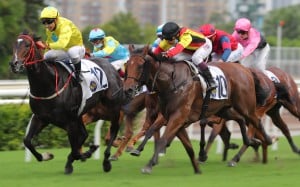 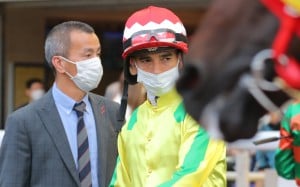 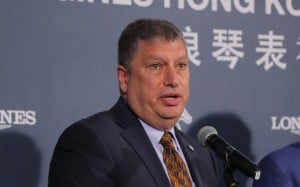 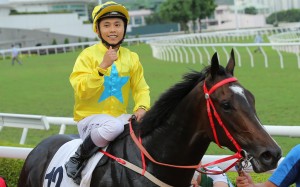