Drifting in betting, Brilliant Way just wore down long-time leader Reve Parisien 20m out for the victory following a pace-stalking run. He's won two of seven starts and there's clearly more to come from the three-year-old. Reve Parisien wouldn't go down without a fight after turning the final bend a length on top. He proved a last-start win at 90-1 was not a fluke. Regency Bo Bo kept plugging away to finish a clear-cut third travelling one off fore of midfield. It was the old-timer's best run of the season. Firming favourite Solid Impact plugged away to finish a distant fourth after a wide without cover run in a prominent spot. He kept on well after a hard run. War Weapon came from towards the rear near the inside to pick up a minor cheque. It was a good effort going against the track bias for the outside section of the track. California Concord came up one-paced after a box-seat run. He prefers a fast surface. Beauty Mission ran on without menacing after a three-to-four deep run towards the rear from the widest draw. Flying Season was a non-factor after jumping sharply left at the start and impeding the late-fancied Kai Xin Dragon.

The Stewards deferred the declaration of weighed-in whilst they considered if FLYING SEASON had been afforded a fair start.

After taking evidence from M Chadwick, the rider of FLYING SEASON, and Mr A Speechley, Starter, it was established that after being placed in the barriers FLYING SEASON became fractious.

Then as the blindfold was removed from FLYING SEASON, the horse lunged at the front gates which resulted in the gates opening marginally prior to the remaining barrier gates.

As a result of FLYING SEASON lunging at the start, the horse began very awkwardly and shifted out abruptly, resulting in M Chadwick becoming badly unbalanced, losing balance and losing the use of his stirrup irons for a short distance.

FLYING SEASON then continued to shift out and made heavy contact with SOLID IMPACT which was crowded for room inside BRILLIANT WAY which was hampered when bumped by SOLID IMPACT.

As the Stewards formed the opinion that FLYING SEASON's barrier manners had resulted in the horse beginning in the manner in which it did and that the horse had been afforded a fair start, they deemed FLYING SEASON to be a runner.

Before being allowed to race again, FLYING SEASON will be required to perform satisfactorily in a barrier trial.

JOLLY RULER began awkwardly and shifted out towards the heels of REVE PARISIEN, resulting in JOLLY RULER losing ground.

LUCKY QUALITY shifted out at the start and bumped WAR WEAPON.

WAR WEAPON then shifted out away from LUCKY QUALITY and was steadied away from the heels of REVE PARISIEN.

From the outside barriers, TEXAS MOON and BEAUTY MISSION were both steadied in the early stages to obtain cover.

When racing back in the field, KAI XIN DRAGON travelled very keenly for a considerable distance after the 1000 Metres and repeatedly got its head up.

After the 900 Metres, SOLID IMPACT was left racing wide and without cover.

Approaching the 700 Metres, BEAUTY MISSION was taken wider and without cover by JOLLY RULER which shifted out away from the heels of LUCKY QUALITY after being very awkwardly placed behind that horse.

JOLLY RULER then raced tight between BEAUTY MISSION and LUCKY QUALITY and approaching the 600 Metres was steadied as a result of LUCKY QUALITY shifting out marginally.

A veterinary inspection of FLYING SEASON, LUCKY QUALITY and KAI XIN DRAGON immediately following the race did not show any significant findings.

Withdrawals Race 4: PRESIDENT STAR (standby runner) on 13.5.22 by order of the Stewards.

Rolling Arrangement The track was not rolled today. 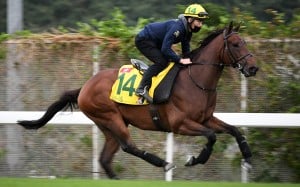 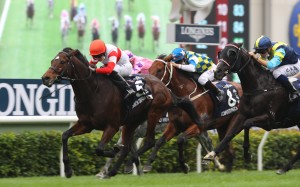 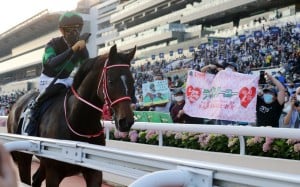