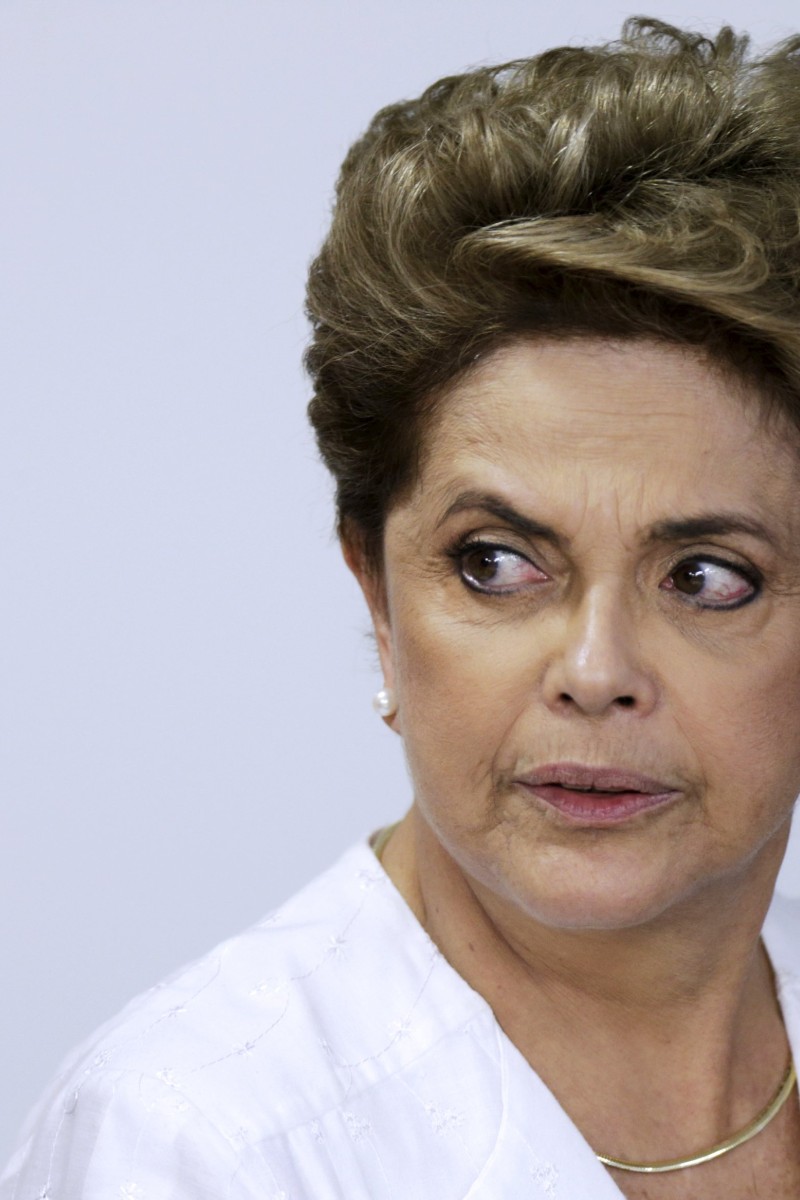 Brazil's fiery president has beaten a military government and cancer, but can she survive the fury of her people 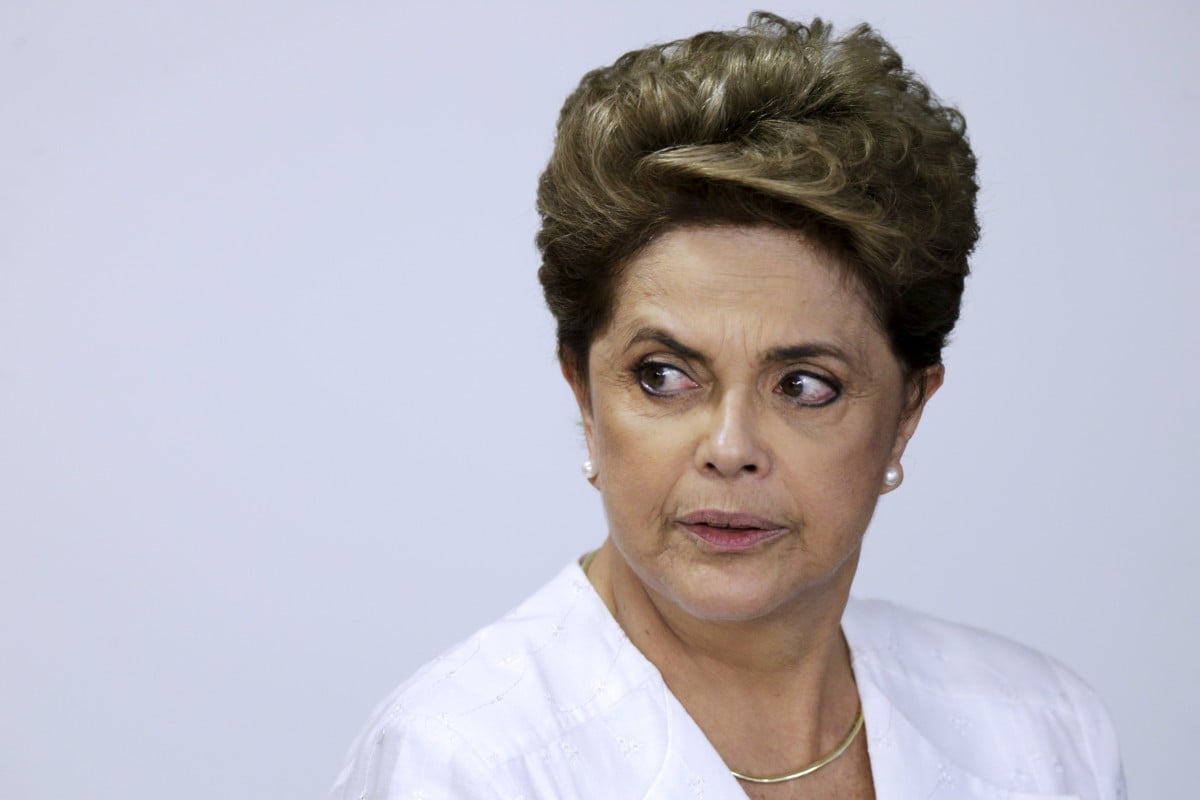 Brazil’s Dilma Rousseff survived torture as a member of the anti-government guerillas under the military dictatorship. Four decades later, as president, she's fighting for her political survival.

After those dark days in the 1970s, when Rousseff belonged to a violent Marxist underground group, she rose to become Brazil’s first woman president. But less than a year into her second term, the lower house of Congress voted on Sunday to send her impeachment case to the Senate, which is expected to decide in May whether to open a trial.

The impeachment charges centre on Rousseff’s government's allegedly illegal juggling of funds to cover budget holes leading up to her re-election in 2014.

Brazil’s 68-year-old "Iron Lady" calls the impeachment a coup and has fought fiercely, trying to repair a coalition left in tatters after her vice president and the country's largest party, the PMDB left it.

But anger across Latin America's biggest country and economy over deep recession, corruption and the government's inability to deal with Congress has caused people to turn against her.

Condemned by public opinion and abandoned by allies, Rousseff has seen her government's popularity plummet to around 10 per cent since her narrow re-election win against business-world favourite Aecio Neves.

Is that politics or Mardis Gras?

Some critics attack Rousseff as lacking charisma. Others go further, calling her the classic accidental president, a politician who doesn't like politicking.

But as Rousseff herself has pointed out, torture steeled her for tough times. "I have come up against hugely difficult situations in my life, including attacks which took me to the limit physically," she said. "Nothing knocked me off my stride."

She is expected to maintain that tough attitude as the impeachment fight moves to the Senate.

Whether as Lulass chief of staff or energy minister, she won a reputation for laser-like attention to detail and ability to master the most minute of policy points - a talent she is said to have carried on into her own cabinet meetings.

Supporters say there's also a warmer side to the leader, popularly known by her first name Dilma.

Twice married, Rousseff has a daughter, Paula, from a 30-year relationship with her ex-husband, fellow leftist militant Carlos de Araujo.

At Lula's prompting during her reelection campaign, Rousseff learned to open up a little, once confessing to escaping the presidential palace on the back of a friend's Harley-Davidson and cruising through the streets of Brasilia incognito. She is a keen bicycle rider too and frequently photographed taking exercise, even at the height of the crisis.

"People always say about women in power that they're hard, managerialy. But Dilma is a person with a great sense of humour, fun, extremely caring and generous,” said Ieda Akselrud de Seixas, who was jailed with Rousseff in the 1970s.

Rousseff also tapped into a national obsession with beauty, getting her teeth whitened, hair redone and lifting wrinkles from her face.

The relatively fresh look was in contrast to the visible ageing during her successful battle against lymphatic cancer that was first diagnosed in 2009. At one point, she wore a wig to hide hair loss from chemotherapy.

She has since made a complete recovery, doctors say.

Born December 14, 1947 to a Brazilian mother and Bulgarian businessman father, Rousseff grew up comfortably middle-class in the southeastern city of Belo Horizonte.

She started out in politics as a Marxist militant opposed to the 1964-1985 dictatorship and in January 1970 was arrested and sentenced to prison on grounds she belonged to a group responsible for murders and bank robberies.

Rousseff's exploits during her time in the Revolutionary Armed Vanguard Palmares group remain shrouded in rumor, claims, denials and accusations of exaggeration. But most reports agree that she played more of a support role, than taking part in violence.

Nevertheless, the judge who found her guilty called her the "high priestess of subversion," journalist Ricardo Amaral wrote in a biography. A photo in the book shows a bespectacled Rousseff aged just 22 staring defiantly at the court.

After nearly three years behind bars, during which she says she was subjected to repeated bouts of torture, including electric shocks, Rousseff was released at the end of 1972.

She took a legal political path from then on, helping found the Democratic Labor Party (PDT) in 1979 and eventually switching to Lula's Workers’ Party in 2000.

From there, she made rapid progress into the country’s most powerful positions.

When Lula was first elected president in 2003, he named Rousseff his energy minister and then, in 2005, his cabinet chief.

As chairwoman of Petrobras from 2003 to 2010, Rousseff was at the helm of the country's biggest energy company - a record that has come back to haunt her with the revelation of massive corruption at the firm, although there are no incidents specifically linking her to it.

Lula, whose own legacy is now threatened by Petrobras-related corruption charges, said he always knew Rousseff was special.

"She came here with her little computer," Lula said after appointing Rousseff to her first Cabinet post. "She started to talk and I felt something different in her."