Favourite Indigenous Star got up 100m out for the win despite a handy run without cover the entire trip. He's a very honest Class Five horse and can bob up now and then in Class Four where he'll be next time out. Good Runners Way finished well to grab second despite being held up until the 200m travelling behind midfield on the fence. He's caught the eye in back-to-back runs following a downgrade. Gold Velvet ran on steadily near the inside to place after saving ground better than midfield. He's in the right grade again but is more effective at the Valley. Gobi Storm just held on for fourth after running them off their feet early on crossing to the lead from gate 12. He's been around the mix in recent runs but is limited. Friends Of Nanjing came up flat inside the last 100m after looming a chance at the 200m following a one-off run in midfield. It was a better effort after dropping tonnes in the ratings. Like the latter, Lucky Shiny Day's fleeting move from beyond midfield ended 100m out. Specked late Virtus Star ran on without menacing from near the back after jumping slowly.

LAUGH OUT LOUD was withdrawn on raceday morning by order of the Stewards acting on veterinary advice (lame right fore).

Before being allowed to race again, LAUGH OUT LOUD will be subjected to an official veterinary examination.

After beginning awkwardly, LEVANTE shifted out towards the heels of LUCKY SHINY DAY soon after the start and was steadied.

From a wide barrier, VIRTUS STAR was steadied soon after the start and shifted across behind runners.

Passing the 1300 Metres, INDIGENOUS STAR was left racing wide and without cover.

Near the 950 Metres, VICTORIOUS LEADER improved to be racing close to the heels of GOOD RUNNERS WAY and was steadied as a consequence.

For a short distance approaching the 300 Metres, GOOD RUNNERS WAY was held up behind the tiring MUTUAL JOY.

Trainer T P Yung advised that due to there being no obvious leader in the race and also due to the horse's wide barrier, he instructed M L Yeung to allow GOBI STORM to roll forward and lead if possible.

He said DOCTORS DELIGHT travelled reasonably well throughout the early and middle stages, however, when INDIGENOUS STAR improved to its outside mid-race, the horse tended to race keenly and then after being taken wider by MUTUAL JOY which shifted out on the Home Turn, DOCTORS DELIGHT failed to respond to his riding thereafter and weakened noticeably.

The performance of DOCTORS DELIGHT, a last start winner, was considered unacceptable.

Before being allowed to race again, DOCTORS DELIGHT will be required to perform to the satisfaction of the Stewards in a barrier trial and be subjected to an official veterinary examination.

A veterinary inspection of DOCTORS DELIGHT immediately following the race did not show any significant findings.

After the race, H N Wong reported that the horse made an abnormal respiratory noise during the event.

A veterinary inspection of LEVANTE immediately following the race found that horse to be a "roarer?? The performance of LEVANTE, which finished tailed out, was considered unacceptable.

Before being allowed to race again, LEVANTE will be required to perform to the satisfaction of the Stewards in a barrier trial and be subjected to an official veterinary examination.

N Callan was questioned regarding his riding of FRIENDS OF NANJING, 5th placegetter, over the concluding stages.

After taking into account all of the evidence, the Stewards could not be comfortably satisfied that Jockey Callan's action of having stopped riding his mount just prior to the finishing line had materially affected FRIENDS OF NANJING's finishing position.

Nonetheless N Callan was severely reprimanded and advised that this was the second occasion in recent race meetings that he had been spoken to for failing to ride his mounts out as required under the Rules of Racing.

He was further advised of the significant penalty which would be attached to an offence of this nature should he be found guilty of failing to ride his mounts out to the end of the race.

INDIGENOUS STAR and GOOD RUNNERS WAY were sent for sampling.

Can Purton produce more Montaro mastery or will familiar foes turn the tables?

‘I need to win on him’: Poon realistic about Super Fortune pressure 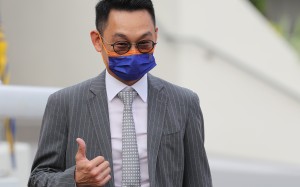 A slice of luck puts punters’ pal Ting in the money 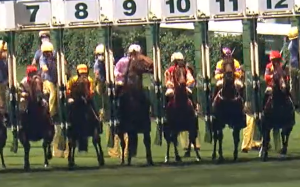 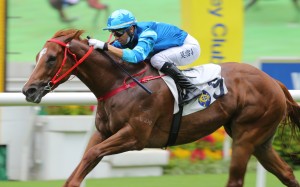 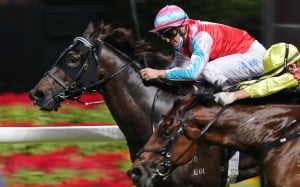