Post-time favourite Winning Method kept on gamely for the win after driving forward to lead uncontested 1,000m out. It taken him a few runs this term to recapture his best form but hopefully he can build on this performance. Early favourite Snap Fit just out-dashed Shining Ace from midfield for second. Firming late Shining Ace closed well from behind midfield to make it close for second. He keeps stepping up with a bold showing this term. Baby kept on evenly after a box-seat run. He's run all right in back-to-back starts. Amazing Kiwi gave way over the last 100m after trying to stay in touch with the leader one off the fence. It wasn't a bad effort after a strong debut second earlier this month and he's not one to give up on yet. Starlight got going without menacing after making his run third from the rear. He requires a faster pace. Le Terroir was struggling 150m out after travelling fore of midfield. He's on his mark and the big weight didn't help.

Soon after the start, HANDSOME REBEL shifted out, resulting in crowding to SHINING ACE and ANONYMA.

Making the first turn near the 1000 Metres, HANDSOME REBEL got its head up and raced ungenerously when racing in restricted room inside the heels of KA YING MASTER.

Along the Back Straight, HANDSOME REBEL travelled keenly and for some distance approaching and passing the 800 Metres was steadied away from the heels of KA YING MASTER.

HANDSOME REBEL then raced in restricted room for a short distance before being badly checked at the 350 Metres.

At a subsequent inquiry, B Shinn (SHINING ACE) was found guilty of a charge of careless riding [Rule 100(1)] in that after racing tight with HANDSOME REBEL for a short distance approaching the 350 Metres, he shifted his mount out around the heels of LE TERROIR, causing HANDSOME REBEL to be badly checked.

B Shinn was suspended from riding in races for a period to commence on Saturday, 11 January 2020 and to expire on Thursday, 16 January 2020 on which day he may resume race riding (2 Hong Kong racedays).

Approaching the Home Turn, ANONYMA was awkwardly placed outside the heels of POWERMAX.

KA YING MASTER was forced to race wide and without cover throughout the race and in the Straight gave ground.

A veterinary inspection of LE TERROIR immediately following the race did not show any significant findings.

WINNING METHOD and SNAP FIT were sent for sampling.

The Stewards heard a complaint from K Teetan in respect of an alleged altercation which occurred in the Jockeys' Room between himself and C Schofield following the running of Race 5.

After taking evidence from both parties as well as Jockey H N Wong who was in the vicinity of the alleged incident, C Schofield pleaded guilty to a charge of misconduct under Rule 155(5), the misconduct being that after the running of the aforementioned race, he initiated a physical confrontation with K Teetan.

Warnings Race 1: G van Niekerk (SHOW MISSION) for shifting in at the 150 Metres. 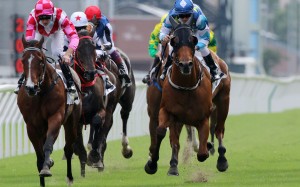 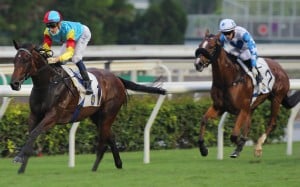 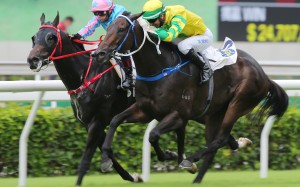 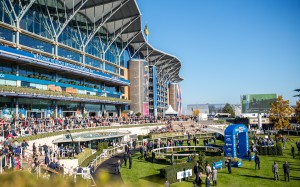