Firming favourite Best Alliance circled the field 800m out after a deep run behind midfield to lead 650m out, kicked three lengths clear at the 300m and kept up a strong gallop for a first win at his 17th start. Happy Warrior finished well to grab second in the dying stages after taking closer order deep with cover behind midfield from near the back at the 800m. Shinealot stayed on well saving ground in midfield to just miss the Quinella spot. He had been showing life signs in recent runs. Invaluable came from the rear to add value to the Quartet. The three-year-old had shown some ability in his opening five runs and is still open to improvement. Casa De Forca didn't find much in the run to the wire after being headed for the lead 650m out. Amazing Satchmo ran on steadily without menacing travelling worse than midfield. He's beyond his better days. Pretty Bauhinia dumped his rider and nearly came down when clipping heels near the 150m.

PLIKCLONE was slow to begin.

From a wide barrier.

HAPPY WARRIOR was steadied on jumping and shifted across behind runners.

Approaching the 1200 Metres, PRETTY BAUHINIA commenced to prove difficult to settle and got its head up for a short distance.

BEST ALLIANCE travelled wide and without cover from after passing the winning post on the first occasion until the 600 Metres.

Approaching and passing the 1000 Metres, KANBEKI MOLLY travelled keenly and was steadied away from the heels of CASA DE FORCA.

When the pace slackened approaching the 800 Metres, SHINEALOT was steadied away from the heels of KANBEKI MOLLY.

At the same stage, PRETTY BAUHINIA was awkwardly placed behind NUNCHUKS.

PLIKCLONE, which was following PRETTY BAUHINIA, was inconvenienced.

HOME WIN travelled wide and without cover from the 700 Metres.

G van Niekerk (BEST ALLIANCE) pleaded guilty to a charge of careless riding [Rule 100(1)] in that at the 600 Metres he permitted his mount to shift in when not clear of MURRAY'S PARTNERS, causing that horse to be severely checked and tightened onto the hindquarters of CASA DE FORCA which was also inconvenienced as a consequence.

When MURRAY'S PARTNERS was checked, NUNCHUKS was obliged to shift out to avoid that horse.

G van Niekerk was suspended from riding in races for a period to commence on Wednesday, 15 April 2020 and to expire on Thursday, 23 April 2020 on which day he may resume race riding (3 Hong Kong racedays).

After leaving the 600 Metres, AMAZING SATCHMO (C Schofield) got its head on the side and commenced to lay in, resulting in PRETTY BAUHINIA being crowded for room and being steadied.

Whilst the Stewards accepted that AMAZING SATCHMO's racing manners had been the principal cause of the incident, nonetheless C Schofield was advised that in similar circumstances he would be expected to make a more timely effort to prevent his mounts from shifting ground.

The Stewards adjourned an inquiry into the reason for V Borges being dislodged from PRETTY BAUHINIA when it clipped the heels of KANBEKI MOLLY just prior to the 200 Metres.

This matter was adjourned due to the fact that evidence was not able to be taken from V Borges who, after initially being passed fit to continue riding, was stood down by the Chief Medical Officer and taken to hospital for further assessment following his ride in Race 3.

When V Borges was dislodged, MURRAY'S PARTNERS, which was giving ground, was obliged to shift out to avoid the fallen rider.

A veterinary inspection of PRETTY BAUHINIA immediately following the race did not show any significant findings.

The post-race veterinary examination of KANBEKI MOLLY revealed that horse to have sustained abrasions to its left hind leg above the hock and to the tendon.

The post-race veterinary examination of KANBEKI MOLLY including an endoscopic examination also showed a substantial amount of blood in the horse's trachea.

Before being allowed to race again, KANBEKI MOLLY will be subjected to an official veterinary examination.

After the race, Z Purton stated that he was forced to make a deal of use of MURRAY'S PARTNERS to take up a forward position as instructed from its outside barrier.

A veterinary inspection of MURRAY'S PARTNERS immediately following the race did not show any significant findings.

The performance of MURRAY'S PARTNERS, which finished tailed out, was considered unacceptable.

Before being allowed to race again, MURRAY'S PARTNERS will be required to perform to the satisfaction of the Stewards in a barrier trial and be subjected to an official veterinary examination.

BEST ALLIANCE and HAPPY WARRIOR were sent for sampling. 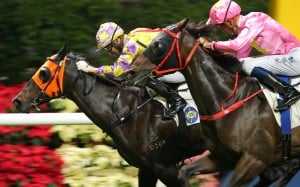 Moreira snares fourth treble in a row, heads into HKIR in red-hot form 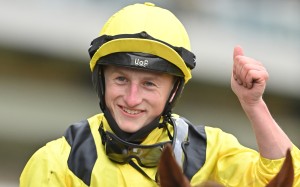 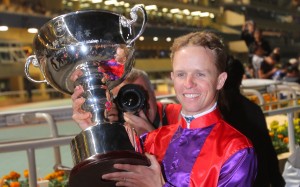 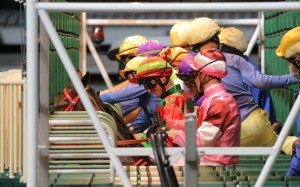 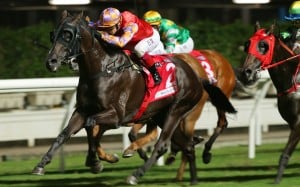 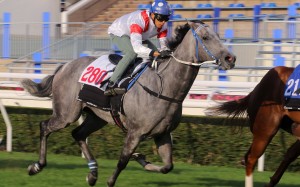 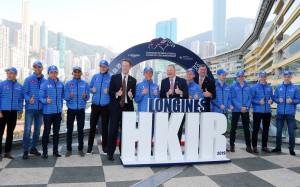