Firming favourite Dionysus Collin responded nicely under the urging of Zac Purton to get up passing the 100m from behind midfield for a deserving maiden win after filling the frame in eight of 11 other runs this term. Pretty Bauhinia stayed on well to grab second after a one-off run better than midfield. The veteran does appear to have found a bottom. Party Together stuck on gamely a placing after tracking the quick pace of Shadow Breaker one off the fence. It was a good run in defeat and he seemed to appreciate the 1,800m. Dragon Commander was making noticeable ground late down the outside after a patient ride second from the back. He can bob up now and then and was suited by the pace. Rule Thee ran on steadily without menacing from towards the rear. It was a better run with a return to blinkers but he's beyond his better days. Shadow Breaker was stopping 150m out after leading from a wide gate. He went too fast.

SMART THINKER was slow to begin.

After travelling a short distance, RULE THEE, which was being steadied to obtain cover from a wide barrier, was steadied away from the heels of DRAGON COMMANDER which raced tight outside DIONYSUS COLLIN.

After this, DRAGON COMMANDER was steadied to obtain cover.

For some distance after the 1300 Metres, SHADOW BREAKER travelled very keenly in the lead.

Approaching and passing the 600 Metres, DIONYSUS COLLIN and PERFECT TO PLAY raced very tight as PERFECT TO PLAY shifted out from behind SALTO OLIMPICO which gave ground abruptly.

A veterinary inspection of SALTO OLIMPICO which finished tailed out immediately following the race revealed the horse to be displaying an irregular heart rhythm.

Before being allowed to race again, SALTO OLIMPICO will be required to perform satisfactorily in a barrier trial and be subjected to an official veterinary examination.

After the 600 Metres, SPEED FORCE momentarily raced in restricted room inside RULE THEE which lay in.

Near the 450 Metres, SPEED FORCE and DRAGON COMMANDER raced tight and bumped as SPEED FORCE attempted to shift out from behind HOME WIN.

Rounding the Home Turn, PRETTY BAUHINIA shifted out and brushed the hindquarters of PARTY TOGETHER.

Passing the 300 Metres, PRETTY BAUHINIA got its head on the side and was inclined to lay in behind SHADOW BREAKER.

When questioned, M F Poon stated that he was instructed to ride PLAY WISE positively in the early stages and obtain a forward position.

He said it was expected that SHADOW BREAKER, which was drawn immediately inside PLAY WISE, would be ridden forward to lead and the opportunity presented itself to shift over with that horse and race to its outside.

He said after beginning only fairly he rode his mount along for some distance in the early stages in order to comply with his instructions, however, PLAY WISE did not show any early speed.

He said this resulted in PLAY WISE being left racing four wide and without cover approaching the 1300 Metres.

He said rather than continue to race very wide, he elected to allow his mount to stride forward in the hope that he would be able to gradually improve his position to race outside SHADOW BREAKER, however, PLAY WISE did not show sufficient speed to cross PARTY TOGETHER which was racing outside and behind SHADOW BREAKER and this resulted in PLAY WISE racing three wide and without cover for the majority of the race.

A veterinary inspection of PERFECT TO PLAY immediately following the race did not show any significant findings.

DIONYSUS COLLIN and PRETTY BAUHINIA were sent for sampling.

From Classic Mile last to ‘fat as a whale’, Pan’s nanny horse shoots for G1 glory 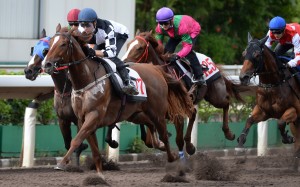 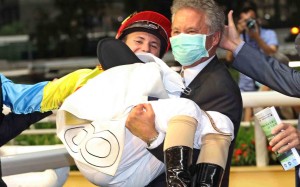 Ferraris snares first HK winner on his dad’s horse: ‘it’s like a dream for us’ 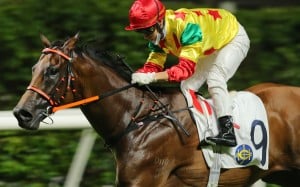 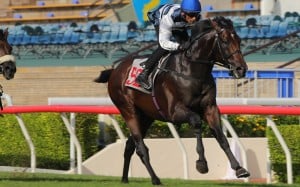 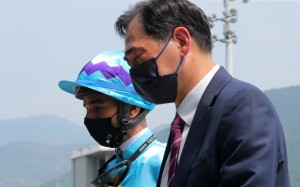 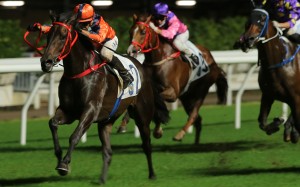 Lor staying patient, looks to Fa Fa to get his season started