It was a messy race with all riders on red alert after Regency Bo Bo dumped Zac Purton at the start and circled the field. Amazing Chocolate won geared down after advancing to the front entering the straight following a wide and without cover run in a handy spot. Flying Victory ran on well with two wider out to grab second after making his run beyond midfield after a slow start. It was a big run first start after a suspensory injury in January but he's clearly capable when right. Street Scream came from last and widest out to add further value to the tierce. It was clearly his best run from five starts. Punted late Beauty Spirit just got the head down for fourth after a prominent run. It was a good run carrying top weight after a last-start win. Merrygowin just failed to get up for a First-4 spot after staying to the inside following a patient ride fourth from the rear.

When REGENCY BO BO stumbled, it shifted out and inconvenienced HAPPY ALUMNI.

After the race, the Veterinary Officer reported that REGENCY BO BO was lame in its left front leg with a laceration to the left front heel.

Before being allowed to race again, REGENCY BO BO will be subjected to an official veterinary examination.

Z Purton was subsequently examined by the Chief Medical Officer and passed fit to fulfil his remaining race riding engagement.

FLYING VICTORY was slow to begin.

LUMEN BABA and GLORIOUS LOVER bumped at the start.

LUMEN BABA then became unbalanced as a result of being bumped by AMAZING CHOCOLATE which shifted out.

After this, from a wide barrier, GLORIOUS LOVER was steadied and shifted across behind runners.

From the outside barrier, STREET SCREAM was also steadied in the early stages to obtain cover.

For some distance after the 1200 Metres, HAPPY ALUMNI travelled keenly and approaching the 1000 Metres raced in restricted room between PRIME MINISTER and AMAZING CHOCOLATE which shifted in away from the heels of LUMEN BABA.

Near the 950 Metres, AMAZING CHOCOLATE was left racing wide and without cover.

For some distance approaching and passing the 900 Metres, HAPPY ALUMNI raced tight between ULTIMATE GLORY and PRIME MINISTER.

When the tempo of the race slackened passing the 800 Metres, BEAUTY SPIRIT shifted out away from the heels of LUMEN BABA which was awkwardly placed outside HELLO BEAUTY (Apprentice C L Chau).

BEAUTY SPIRIT then improved to the outside of LUMEN BABA, resulting in AMAZING CHOCOLATE being taken wider.

Apprentice Chau stated that after having to make a lot of use of HELLO BEAUTY in the early stages to cross runners to assume the lead, HELLO BEAUTY then commenced to lay out making the turn after the 900 Metres.

He said by correcting HELLO BEAUTY in an endeavour to ensure that it did not continue to lay out, this resulted in the tempo of the race slackening.

After viewing the videos, the Stewards accepted that Apprentice Chau had not steadied or restrained HELLO BEAUTY too abruptly in the lead, rather the pace coming off was as a result of him attempting to correct his mount and therefore no further action was taken.

When the tempo slackened, FLYING VICTORY commenced to travel keenly and shifted out away from the heels of ULTIMATE GLORY near the 750 Metres.

Passing the 400 Metres, GLORIOUS LOVER was eased and shifted to the outside of FLYING VICTORY to obtain clear running.

Near the 350 Metres, the whip of B Shinn (ULTIMATE GLORY) was knocked from his grasp by the whip of N Callan (BEAUTY SPIRIT).

When questioned, J Moreira stated that when entering the track BEAUTY SMILE coughed, however, the horse then proceeded to the Start without issue.

He said in accordance with his instructions he rode his mount along in the early stages to obtain a position behind the speed.

He said BEAUTY SMILE was awkwardly placed close to the heels of HELLO BEAUTY after the 800 Metres when the pace of the race slackened, however, his mount then re-balanced and travelled satisfactorily until approaching the 500 Metres at which stage BEAUTY SMILE came under heavy pressure.

He said he rode his mount along rounding the Home Turn and in the early part of the Straight, however, BEAUTY SMILE did not quicken and then passing the 300 Metres commenced to give ground.

He added although he did not ride his mount out over the final 150 Metres, BEAUTY SMILE was well beaten at this stage.

A veterinary inspection of BEAUTY SMILE immediately following the race including an endoscopic examination showed a substantial amount of mucus in the horse's trachea.

The performance of BEAUTY SMILE, favourite for today's race, was considered unacceptable.

Before being allowed to race again, BEAUTY SMILE will be required to perform to the satisfaction of the Stewards in a barrier trial and be subjected to an official veterinary examination.

After the race, the Veterinary Officer reported that PRIME MINISTER had sustained a laceration to the right hock.

A veterinary inspection of HELLO BEAUTY and HAPPY ALUMNI immediately following the race did not show any significant findings. 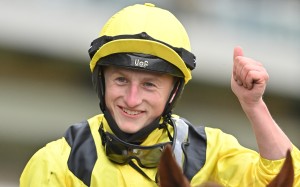 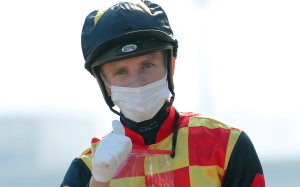