Plunged late, Mercurial kept on gamely for the win despite being stuck three-to-four deep in front from a wide gate until finding the fence 600m out. He was able to click immediately following a stable change and there's likely more upside to come from him. Plikclone kept on well to finish a clear-cut second after pressing the pace three deep from a middle draw. He's holding his form very well this season. Sunny Baby finished well near the inside to grab a placing 50m out after making his run five back along the fence. E Honey stayed on reasonably well to fill the frame after a rail run in midfield. He's naturally coming around in his three starts. Favourite Peak To Peak came up one-paced in the stretch drive after copping a bad check 500m out following a box-seat run. The interference may have knocked the three-year-old off his game. Wood On Fire ran on late without menacing after biding his time fourth last following a slow start. Honest Way didn't find much in the run to the wire after prompting the pace one off the fence. The run was below par after staying on gamely to fill the frame in three prior outings.

As the start was effected, WOOD ON FIRE became fractious, resulting in the horse beginning awkwardly and losing ground.

DAZZLING FEELING began only fairly and then was hampered by PEAK TO PEAK which shifted out.

MOONLUCK shifted out at the start and bumped GLADSOME RYDER which became unbalanced.

GLADSOME RYDER was then shifted across behind runners from a wide barrier in the early stages.

From wide barriers, AMAZING BOY and M M JOHNNY were also steadied and shifted across behind runners in the early stages to obtain cover.

Passing the 1000 Metres, E HONEY commenced to travel keenly when racing close to the heels of PEAK TO PEAK.

Near the 850 Metres and again passing the 800 Metres, PLIKCLONE raced tight inside the heels of MERCURIAL.

Apprentice C L Chau (MERCURIAL) pleaded guilty to a charge of careless riding [Rule 100(1)] in that passing the 600 Metres he permitted his mount to shift in when not clear of PLIKCLONE, causing PLIKCLONE to be checked and in turn shift in onto HONEST WAY, resulting in HONEST WAY being badly crowded for room and being checked and in doing so also being taken ink onto PEAK TO PEAK which was severely checked after being crowded for room inside HONEST WAY.

MOONLUCK, which was following HONEST WAY, was shifted out away from the heels of that horse.

E HONEY, which was following PEAK TO PEAK, got its head up and shifted out in consequence, causing SUNNY BABY to be inconvenienced.

In assessing penalty, the Stewards took into consideration that this was the fifth occasion this season that Apprentice Chau had been charged with careless riding and the significant interference suffered by primarily PEAK TO PEAK and HONEST WAY and to a lesser extent PLIKCLONE.

Having regard to these matters, the Stewards believed the appropriate penalty was for Apprentice Chau's licence to ride in races to be suspended for a period to commence on Wednesday, 10 March 2021 and to expire on Thursday, 18 March 2021 on which day he may resume race riding (3 Hong Kong racedays).

Passing the 300 Metres, SUNNY BABY lay in and was awkwardly placed outside the heels of E HONEY.

Near the 250 Metres, HONEST WAY, which was giving ground, became unbalanced when steadied away from the heels of E HONEY (C Schofield) which shifted out abruptly before being corrected by its rider.

C Schofield was advised that whilst the Stewards accepted that E HONEY had shifted out abruptly and were satisfied that he had made a timely endeavour to straighten his mount, nonetheless he must ensure that, wherever circumstances exist, he reacts as quickly as possible to his mounts shifting ground so as to prevent causing interference to other runners.

Passing the 250 Metres, WOOD ON FIRE was hampered when attempting to improve into tight running between AMAZING BOY and MOONLUCK (C Y Ho) which shifted out under pressure.

As the Stewards were satisfied that WOOD ON FIRE had not properly established running to the outside of MOONLUCK, no further action was taken.

C Y Ho was told that whilst he did ultimately stop riding and straighten his mount, nonetheless he must make every effort to prevent his mounts from shifting ground in similar circumstances.

After the race, N Callan reported that after being badly crowded for room and losing ground near the 700 Metres, HONEST WAY immediately came off the bridle and then in the early part of the Straight commenced to give ground and did not finish off the race.

He said he was of the opinion that the incident at the 600 Metres played a significant role in the manner in which HONEST WAY weakened out of the race in the Straight.

A veterinary inspection of HONEST WAY immediately following the race did not show any significant findings.

PEAK TO PEAK, MERCURIAL and PLIKCLONE were sent for sampling. 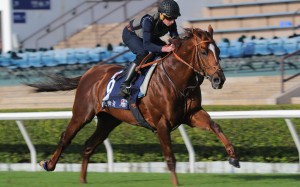 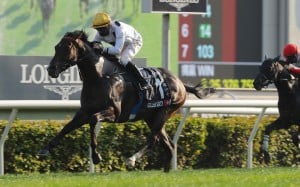 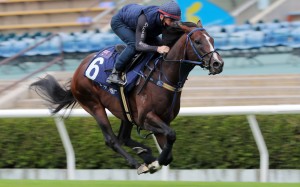 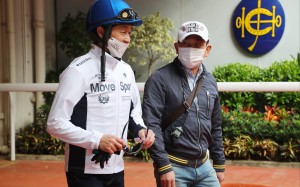 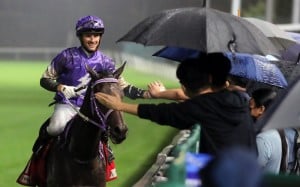