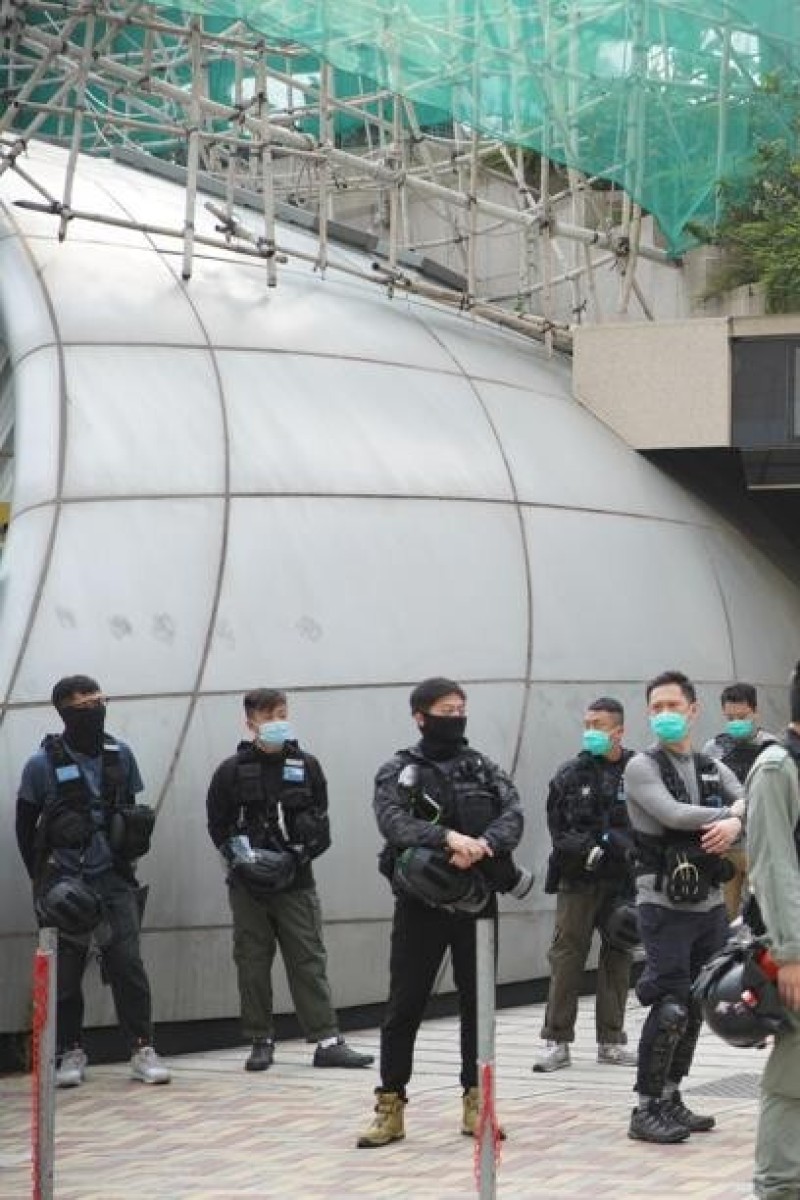 Five teenagers, including two carrying petrol bombs, were arrested on Wednesday morning, but threats of large-scale protests failed to come together ahead of a debate on the national anthem law.

Lawmakers are expected to debate a bill that criminalises insults to March of the Volunteers later today, and activists had taken to social media calling for protesters to derail proceedings at the Legislative Council.

They also called for people to paralyse major roads and MTR stations across the city before 7am, with the aim of diluting police staffing in Admiralty.

Should teens be banned from reporting during the protests?

But in the face of a heavy police presence most stayed away and the morning was largely quiet.

Two teens found with petrol bombs, goggles and helmets were arrested in Sham Shui Po, while two students carrying helmets and gas masks were taken into custody in Tsuen Wan. A fifth teenager found in possession of a screwdriver was arrested in Kwai Chung.

Critics have claimed the bill is another blow to the city’s freedom of expression, coming at a time when Beijing is pressing ahead with a national security law for Hong Kong.

Sources earlier told the SCMP about 3,000 riot police would be deployed across the city.

At 6am, dozens of riot officers patrolled Admiralty with police vehicles parked along main roads in the area. More officers armed with long guns, shields and helmets to monitor Harcourt Road arrived in the district.

In Hung Hom, riot officers were stationed at bus stops near the Cross-Harbour Tunnel and some residents had their bags searched.

Under the anthem bill, anyone who misuses or insults the anthem faces up to three years in prison and a maximum fine of HK$50,000 (US$6,450).

The bill also covers local schools and, under it, the secretary for education would be required to issue directions to them regarding the anthem, although no punishment has been specified for teachers or principals who fail to comply.

Students were set to finally resume classes in the morning after a four-month suspension because of the coronavirus pandemic.

But student groups called on their classmates to skip classes and rally outside Legco. Some fear the bill will lead to “brainwashing” as it requires schools to incorporate relevant teachings into the curriculum.