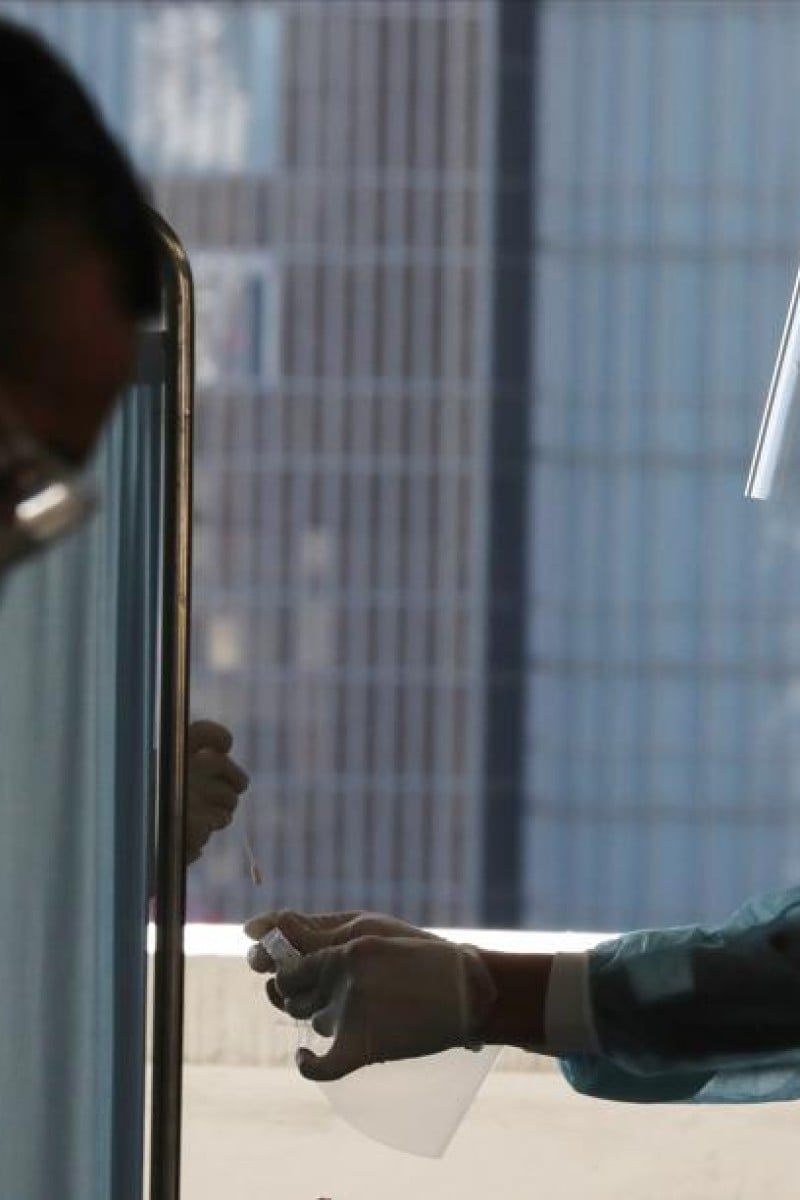 Hong Kong’s health care sector is being stretched to its limit under the pandemic. Photo: SCMP/ Nora Tam

Every Hong Kong resident will be tested for Covid-19, as medical experts arrived from mainland China to help with the free screenings.

The assistance comes as local authorities battle the most severe wave of infections yet, with another 115 emerging on Sunday and two elderly men dying, taking the number of deaths to 35. But none of the latest cases came from outside the city, a first in six weeks.

Financial Secretary Paul Chan Mo-po warned the “really worrying” surge in infections was taking a toll on the economy, which was already suffering after slipping into its first recession in a decade last year and contracting sharply during the first six months of 2020, against the previous first half.

Officials would continue to work hard to support people struggling amid the downturn, while the government could take lessons from mainland authorities in successfully handling the health crisis, he said.

They will help local authorities carry out a pledge made by Beijing to test all 7.5 million residents and bolster processing capabilities, as well as build another makeshift hospital. Work on establishing a new laboratory would begin on Monday, according to a government spokesman.

Elections postponed because of Covid-19

He dismissed fears mainland personnel would send residents’ DNA information to the mainland.

“We condemn those who deliberately spread false rumours to attack the government’s anti-epidemic work,” he said. “As to whether it would constitute a crime for spreading false rumours, relevant government departments will carefully study and collect evidence for follow-up.”

Health minister Sophia Chan said testing priority needed to be carefully researched. “For example, we are worried about the staff and elderly in care home centres in which there may be a need for a second test,” she said.

Health authorities earlier introduced targeted testing for four high-risk groups, including taxi drivers and elderly care home employees. Since the measure was introduced last month, more than 100,000 samples had been collected, according to Chan.

The government is planning to carry out more than 400,000 additional tests focusing on people with jobs that put them in frequent contact with the public, such as supermarket staff, workers with social welfare groups and others employed in public transport, according to a source.

Hong Kong has confirmed triple-digit daily increases for 12 straight days, with the latest cases pushing the total to 3,511. Of the latest infections, 36 were untraced, while none were imported, the first time arrivals have not contributed to new infections since June 16.

The city is planning the construction of a second temporary hospital with the help of a six-member team from Wuhan, where the first Covid-19 cases emerged in December, due to arrive soon. The facility, which can provide up to 2,000 beds, will be similar to the “fangcang hospitals” rapidly constructed to handle Covid-19 patients when the Hubei province capital was struggling with the pandemic.

That team will consist of four medics and two construction specialists, including the president and vice-president of a fangcang hospital in Wuchang district. Mainland media said the team might stay in the city for half a year, mainly assisting with building the facility and not treating patients.

Chan said the temporary facility would be build from scratch to complement a makeshift facility at AsiaWorld-Expo to cope with jump in infections, which has stretched health care facilities to the limit.