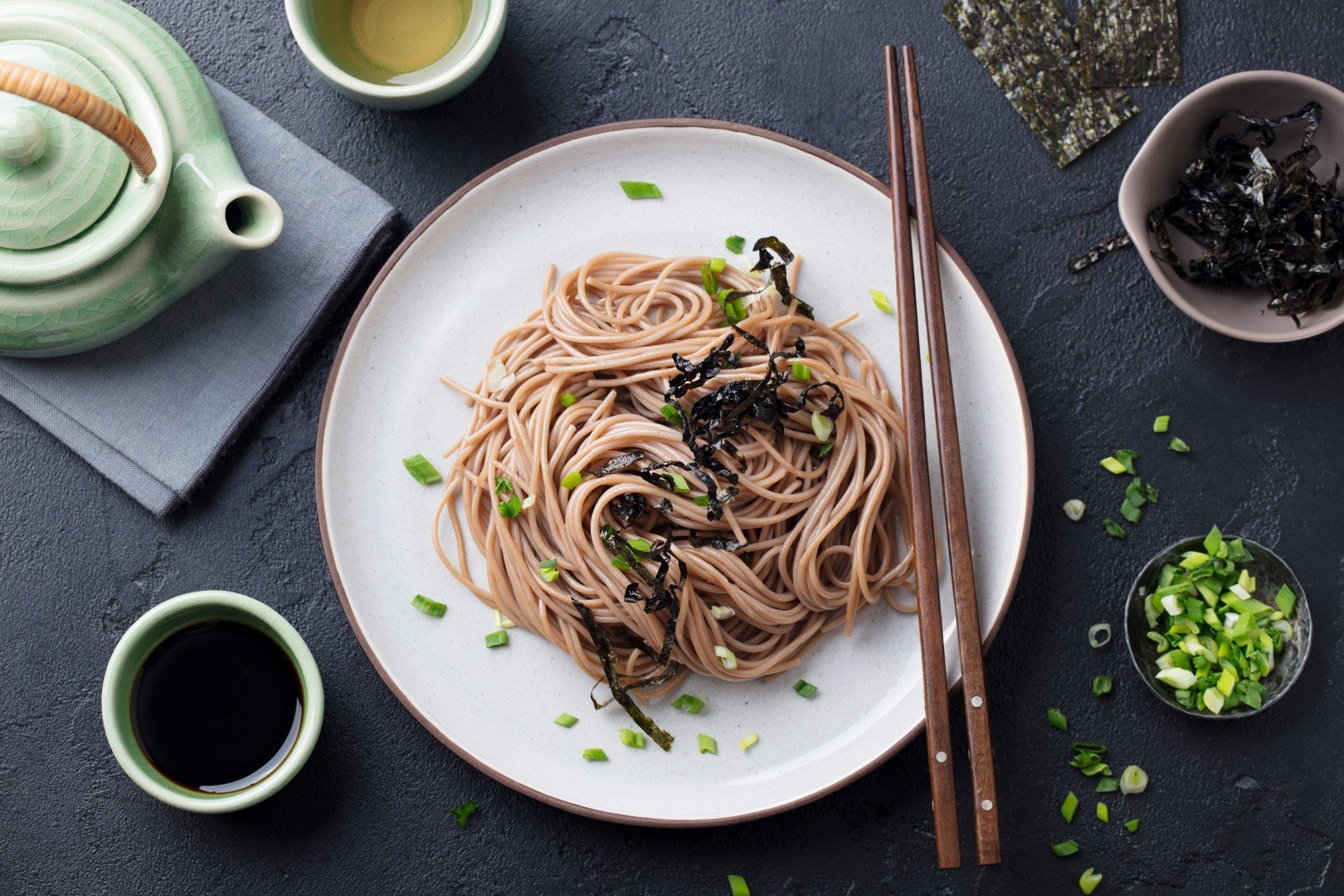 If you go to any Asian supermarket, the fresh and dried noodle aisles can be overwhelming. Wheat noodles, mung bean noodles, egg noodles, sweet potato noodles, konjac noodles. What are they, and how do you use them?

Like Italian pasta, Asian wheat noodles come in different thicknesses and shapes. In general, thin wheat noodles are used in light, thin broths, while the wider (or fatter) ones are used better for sauced dishes or thicker soups (like Taiwan beef noodles). With their ruffled edges, knife-sliced noodles are even better than the smooth wide noodles for capturing the flavours of sauces and richer soups. Try them in these recipes:

Yi mein or e-fu noodles: These wheat noodles are sold dry in large, loose bundles that look quite similar to the ones you find in packs of instant noodles. The noodles have been boiled, drained then deep-fried before being packaged. To use them, boil them before draining and using in soups or adding a sauce. They have a light, silky texture.

Egg noodles: the most common flavoured wheat noodles. They have a faint to bright yellow colour (the latter is probably from yellow dye). Egg noodles should contain eggs, but not all of them do: check the label. Try them in this recipe: Chow mein

Japanese and Korean wheat noodles: Udon. While most people associate udon with fat, long, hearty noodles in soup, they can be thinner and more refined, and served mixed with a rich sauce, or coiled elegantly onto a bamboo mat with a flavourful dipping sauce. Udon noodles usually cook very quickly. Try them in these recipes:

Somen or somyeon: Somen (Japanese) and somyeon (Korean) are usually sold in long packets with the noodles tied into small bundles for the intended serving size (although that won’t be enough for most appetites, unless they’re part of a multi-course meal). Somen/somyeon noodles are thinner than udon noodles and often served at room temperature with a dipping sauce or mixed with a thick sauce that coats the noodles. Somen can be flavoured with ingredients such as yuzu or cherry blossom.  Try them in these recipes:

Ramen noodles: These wheat noodles get their distinctive, bouncy, slippery texture through the addition of an alkaline solution, kansui, which is available in liquid form (often called lye water) or dried (then dissolved in water). Kansui is made of potassium carbonate and sodium carbonate.

As with wheat noodles, rice noodles are sold in both fresh and dried. Made from rice that’s had the husk removed, these are stark white in colour, and can be round or flat and narrow or wide. Dried ones need soaking to rehydrate them before being briefly boiled. They are tender, and shouldn’t be boiled too long or they will disintegrate. Try them in these recipes:

The most common mung bean noodle is vermicelli, also called cellophane or glass noodles, because when cooked, they’re shiny and transparent. These are sold in dry bundles and in sheet form; both have a slippery texture, and easily absorb the flavours of ingredients they’re mixed with. Dried mung bean noodles and sheets are brittle and need to be soaked before use. Soaked, drained noodles or sheets can be added to hot broths without any prior cooking; ditto in dishes where they are cooked with other ingredients and some liquid. If used in salad-type dishes, they should be soaked in boiling water, or boiled briefly, until they’re translucent. Try them in these recipes:

Soba is the most common form of buckwheat noodles, although not all soba noodles are made with buckwheat. Buckwheat noodles are available fresh and dried. They’re extremely difficult to make because buckwheat does not contain gluten, so dough made from it is hard to roll out without it breaking or crumbling. Some producers add wheat flour to the dough, but the best is made entirely from buckwheat. After being boiled and drained, serve buckwheat noodles in clear broths, or place them on a bamboo mat and serve with grated fresh wasabi, shredded seaweed (nori) and a dipping sauce.

These brown-grey Korean noodles have a unique, chewy texture. They’re sold dried, in large packs. They take several minutes to cook, and afterwards, should be drained, then rinsed and massaged under cool running water until they no longer feel soapy. Try them in this recipe: Korean sweet potato noodles with vegetables, beef and mushrooms (japchae)

Dieters love noodles and other products made from the konjac plant, because they are high in fibre and have almost zero calories. Called shirataki or konnyaku, these noodles range from off-white to grey-beige in colour, and are sold in long strands or small bundles. They are great at absorbing the flavours of ingredients they are cooked with.