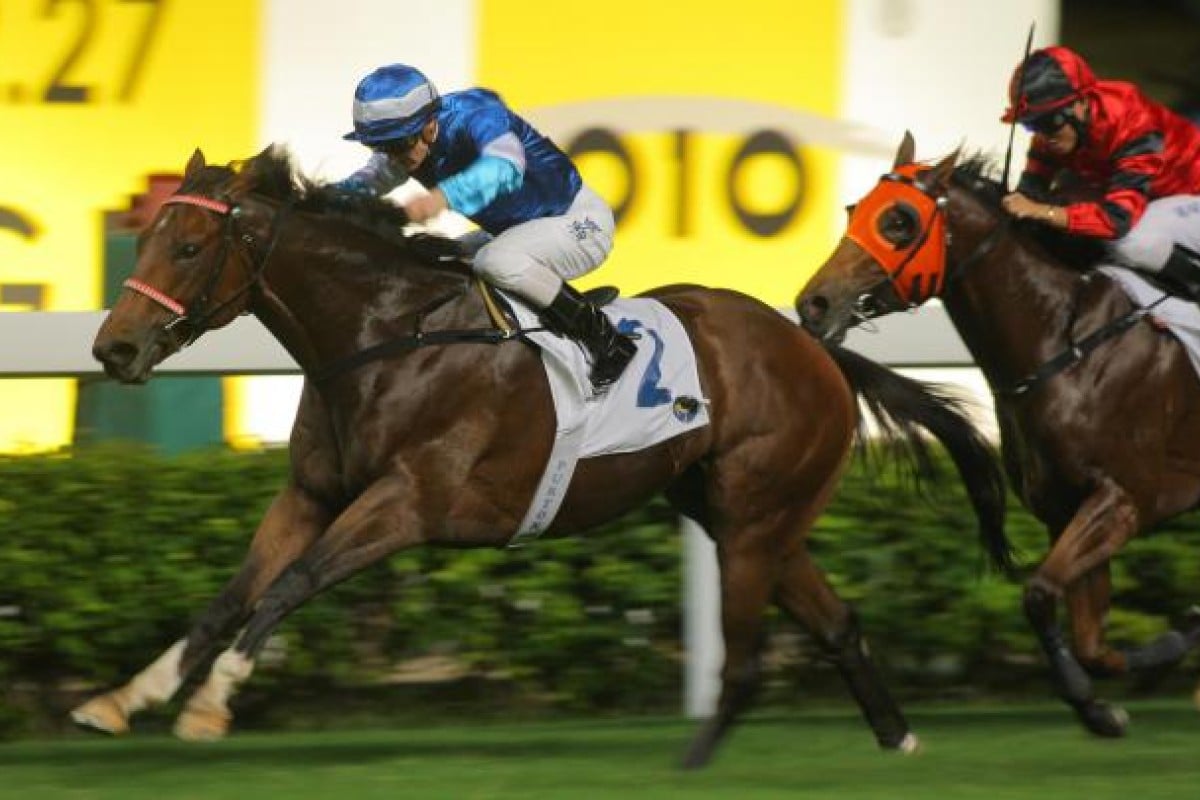 Ricky Yiu Poon-fai is adamant Legendary Dragon can transfer his best form to Sha Tin after the tenacious galloper bulldozed his way to another Happy Valley victory, on a night when it paid to find the front and rookie jockey Richard Fourie won on his first ride at the city circuit.

Legendary Dragon's win was part of a double for Yiu, and stretched the compact four-year-old's record to five wins from six starts at the tight-turning track and continued Zac Purton's red hot run to start the term.

Purton now has five wins after a treble at Sha Tin on Saturday, with 12-time Championship winner Douglas Whyte yet to open his account.

Yiu will soon find himself without options at the smaller course with Legendary Dragon, a ratings increase likely to take him well into triple figures.

"I think he will handle the bigger track," Yiu said, after watching Purton ping the gates and find the vital rail position, and then push his way out of the box seat in the straight.

"This horse is just so genuine," Yiu continued. "He is a relaxed walker, that helps him handle here, but he is so honest that I think he will compete anywhere we take him. He is such a nice individual."

Yiu's first winner, Super Fresh (Waichong Marwing), a stable transfer first-up from the Richard Gibson yard, had blinkers on for the first time, which helped him find the front from a wide draw.

"The way he trialled on pre-season carnival day, we knew he could lead, and we thought he would go close," Yiu said.

Purton's earlier winner, Pegasus Supreme, benefited greatly from racing on the speed, where he got a soft lead and just held out the well-tried Fortune Bravo.

Fourie, who rode a winner on his first day at Sha Tin, did not take long to get his eye in at the Valley when he went straight to the front and followed the rail on the Tony Millard-trained Well Done.

"Richard had told me he'd seen the races on television from here," Millard said.

"But I told him he had better walk the track because it is a lot different to ride than it looks. Richard has done very well and we'll be using him a lot this season."

Gibson celebrated his 43rd birthday in style with a double of his own, Dragon Fighter (Olivier Doleuze) scoring at his first run for the trainer, and Diamond Elegance (Tim Clark) putting a disappointing season behind him with the only run-on victory of the night.

"Dragon Fighter is a horse that does not need much work and is one of my few horses that didn't trial before the season," Gibson said.

"He ran in some very good races last season and coming back in trade was always going to suit.

"I was happy to see Diamond Elegance win, we had some real niggling problems with his feet last season, and that was a win for the blacksmiths.

"He is much more comfortable now, last season it was like he was running around with one stiletto and one Nike trainer on."

Peter Ho Leung also had a brace, both of them Class Five winners, with Good Smile (Alex Lai Hoi-wing) and an all-the-way win for front runner All The Winners (Ben So Tik-hung).

He said Good Smile's win was residual fitness from last season, the seemingly weak horse showing surprising toughness in the finish. "He had a lot of luck with that draw," Ho said.

Tye Angland was stood down due to family reasons last night, but will be booked for rides at Sunday's Sha Tin meeting.