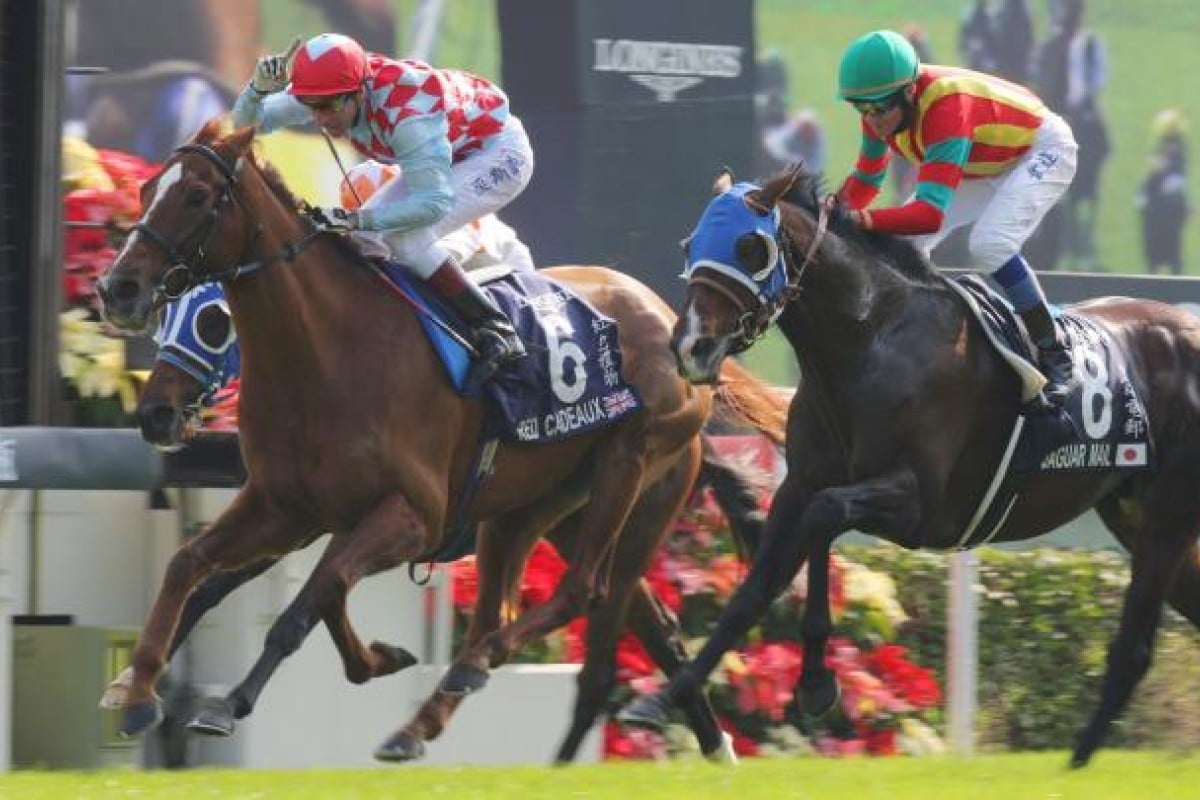 Beaten by millimetres in the Melbourne Cup last year and a victim of a slow pace this year, Red Cadeaux finally put his name in lights with a narrow win over Japanese stayer Jaguar Mail and Meandre of France in the HK$15 million, 2,400-metre feature.

“He deserves this. He has been knocking on the door for so long,” Arculli said.
Gerald Mosse again showed he is the jockey for the big occasion, giving Red Cadeaux a perfect run.

“He has so much fighting spirit,” Mosse said of the English-trained stayer. “I know my horse. I waited for the turn and when the pressure came I ask him to go and he picked up all the way to the line.”

Trainer Ed Dunlop was delighted to win the race on Arculli’s home turf.

“Ronald Arculli deserves huge praise. I’m chuffed to have a winner here for him. I’m sure it means a huge deal. This is a fantastic day for everyone.

“Gerald gave the horse a great ride, had him in the right position and he battled very hard.
“Red Cadeaux deserves this win. He just gets better and better. He is a really tough horse.

“He was beaten 3 pixels in the Melbourne Cup last year and there was no pace this year. He then got struck into in the Japan Cup and should have finished a lot closer.”

Dunlop has now won three times at the HKIR, the others being Snow Fairy and Oujia Board.