Durban Demon closes in on championship leader Purton, but cops three-day ban for not getting the best out of Tour De Force 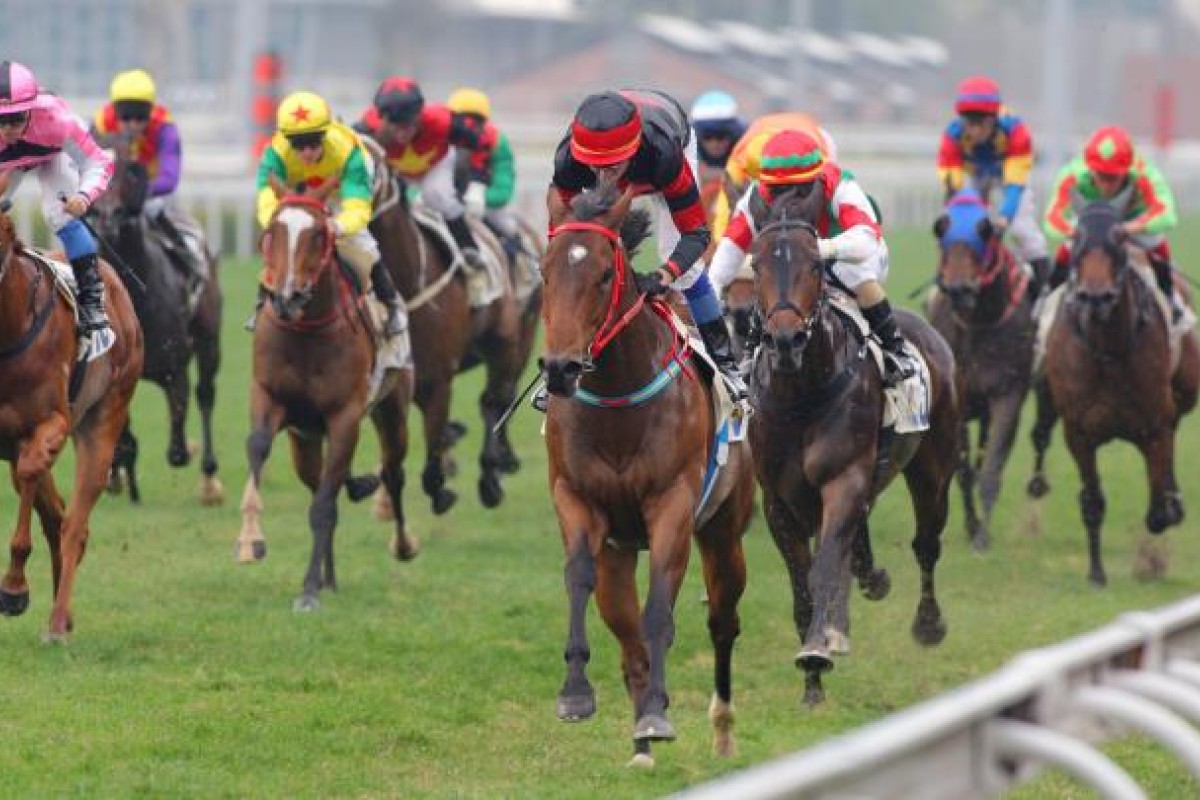 Sea Dragon makes an impressive debut for Douglas Whyte in the third event. Whyte said the youngster would work his way up the ratings. Photo: Kenneth Chan

A treble to add to his double last Wednesday has put champion jockey Douglas Whyte back hot on the heels of championship leader Zac Purton, but a breach of the rules in the ninth race yesterday will have his arch-rival hopeful of opening up another break.

Purton had got five wins clear of Whyte a week ago, but the Durban Demon whittled that back to only one again before Kim Kelly's stewards' panel took a dim view of the final stages of Whyte's ride on Tour De Force.

Whyte pleaded guilty to failing to ride the seventh placegetter to the end of the race, compromising Tour De Force's chances of finishing fourth, and earning the jockey a three-day stint on the sidelines to begin after next weekend's racing. It was the only blemish in a day where the South African landed both Group One features on Gold-Fun and Glorious Days after opening his account with the impressive John Size-trained debutant Sea Dragon in the third.

The four-year-old was backed as if unbeatable to start 2.4 favourite and the money was spot on, with never a moment's worry before his two-length success.

"John is just amazing with the first-timers - they get a solid foundation and come to races and know what it's about," Whyte said. "This is a horse who is going to work his way up higher in the grades.

"Beforehand I was concerned about the 1,000m as he's a horse who is going to be at his best over a little further, but he has a bit of natural ability and I've found in these straight 1,000m races that a horse with some quality will pull through. We had the option of going to a race around a bend but if they draw badly then you have to drive them mad to get into a position - John took the soft option."