Dan Excel can live up to name, says Moore

Despite the withdrawal of Packing OK, powerful stable is confident of ruling the Centenary Vase 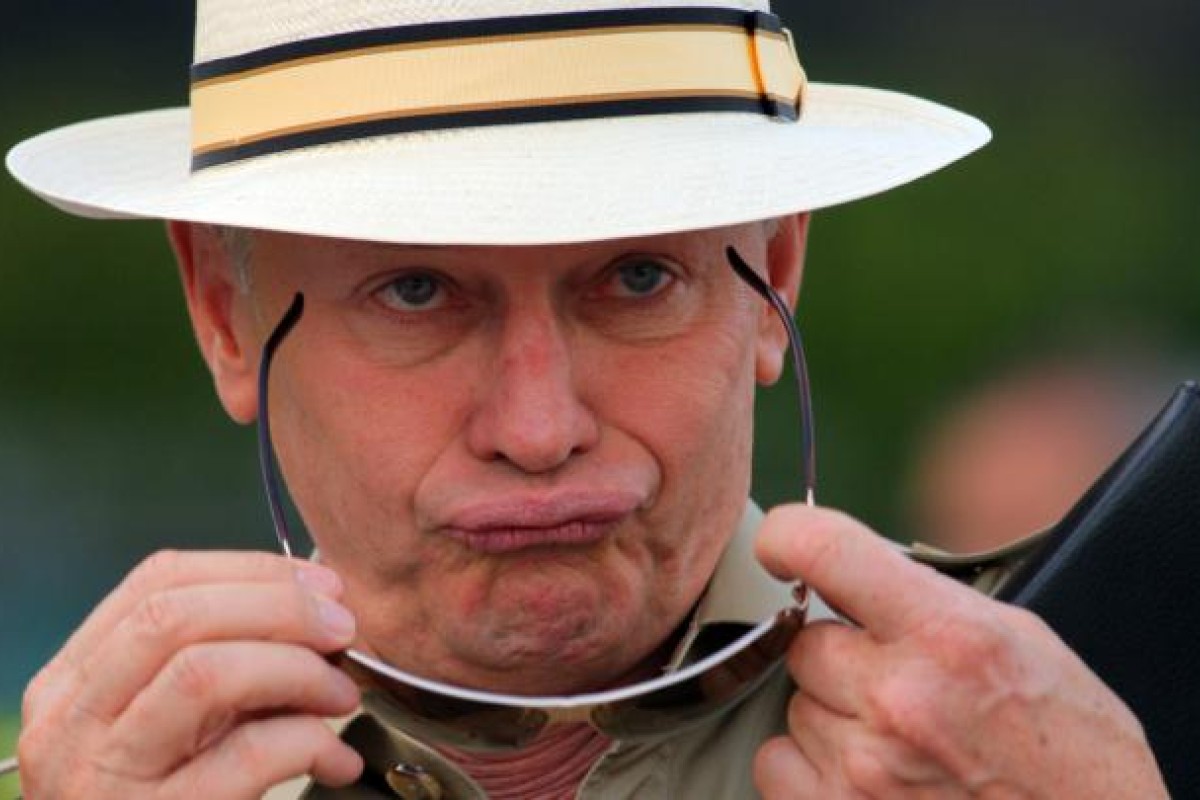 Top trainer John Moore has lost one of his party for the Group Three Centenary Vase at Sha Tin tomorrow, but is hoping the drop in grade will provide the right avenue to put one of his four runners back in the winner's circle.

The Moore-trained Packing OK was withdrawn after fields were declared for the HK$2.4 million event, but he still saddles up Dan Excel, Military Attack, Irian and Same World in a race he has won four times in the past eight years and six times in his career.

"The stewards rang me and told me Packing OK was scratched as the owner wanted to move the horse to another yard, so that was the first I knew of it," Moore said. "It still leaves me with four great chances."

"It's a race that gives these sorts of horses their chance to win one, without having to bump into Glorious Days or Ambitious Dragon or California Memory," he said. "They run good races in the Group Ones, but they just can't beat those horses. Come back a level and they're the ones to beat."

Moore wasn't keen to separate his four runners, but agreed it looked an ideal assignment for Dan Excel to record only his second victory locally.

"He's a case in point. Gelding him has been the making of him - he lost 30 pounds in body weight and has raced very well since.

" A great run for second in the Stewards' Cup, a great fourth in the Hong Kong Cup and if you look at his record, he's only missed a prize-money cheque twice in 12 starts for me," Moore said.

"So he's got over HK$6 million in stakes yet he's only won one race. The prize money is great but there's nothing like a win. Dan Excel's runs are normally a little further apart so his owner queried me running him again so soon, and I just said this is his chance. He pulled up well after the last run, he has a high-cruising speed and gears at the finish." Likewise, Moore believes it offers a platform for Military Attack, Irian and the lightly weighted Same World.

"Irian's a seven-year-old and more than anything it's about head issues with him. If he is on his best behaviour, he can win. We saw in that run leading up to the internationals that he still has it, he just doesn't always produce it these days in the top races," Moore said. "And Military Attack didn't have the race work out for him in the Stewards' Cup. He's done well since and it looks a nice race for him, too."