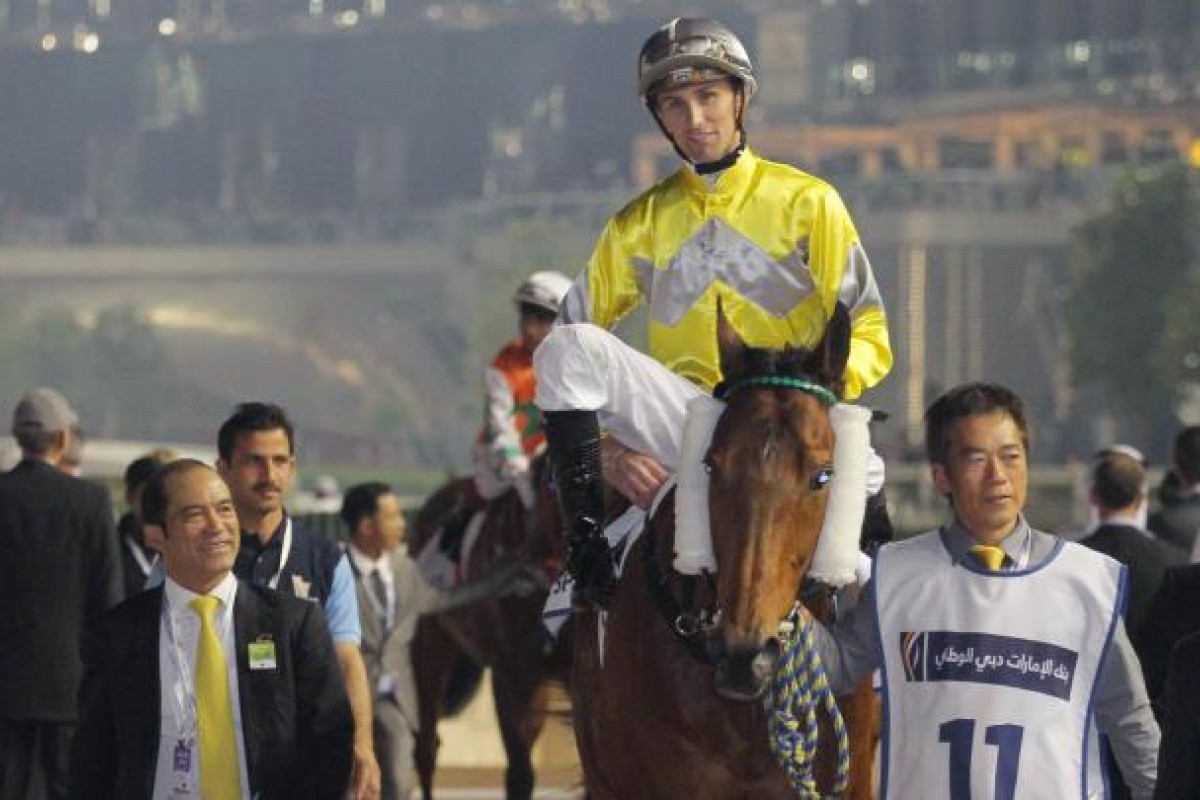 Derek Cruz was yesterday reconsidering retirement plans for nine-year-old warhorse Joy And Fun, after his revitalised run in the Al Quoz Sprint at the Meydan racecourse in Dubai on Saturday night, while fellow trainer John Moore was left to ponder Frederick Engels' "disaster" in the Golden Shaheen.

The 58th career run and sixth overseas foray of Joy And Fun had been flagged as the gelding's swansong. But it proved to be one of his best performances ever when he came second by only three-quarters of a length to emerging sprint superstar Shea Shea.

In the aftermath, Cruz put some spin on his earlier talk that the sprinter would be retired.

"Let's see once we get him home," Cruz said. "We said we were going to retire him, but maybe not as quick as you lot in the media have been saying."

Joy And Fun had been disappointing in his last two domestic runs and Cruz admitted he had struggled to keep the weight off the gelding since he returned from Royal Ascot last year.

But this week the horse looked tremendous at morning trackwork as he exercised on the forgiving Tapeta surface, and his race record down the straight at Meydan now reads three appearances for a win and two placings in the Al Quoz.

"He is as genuine as they come and sound as hell, and he is obviously a really, really gutsy horse," Cruz said.

Moore's Frederick Engels went to Dubai with perhaps the highest expectation of the three Hong Kong runners at the World Cup meeting, but both the trainer and jockey, Weichong Marwing, were left fuming at what they felt was an unfair start.

"I asked the starter to wait, but he pulled the gates and you could clearly see that the horse was up in the air," Marwing said.

Last year Joy And Fun missed the start significantly in the Al Quoz Sprint as he was not allowed, under local rules, to have a barrier attendant holding his tail while he was waiting in the starting gates, as they can in Hong Kong.

This year, Joy And Fun began brilliantly in his race despite this, but Frederick Engels was clearly the last away.

After the bad getaway, Frederick Engels spent much of the remainder of the race back in the field, against the rail and inside the heels of Gordon Lord Byron, being balked for running and constantly checking. It was a run Moore described as a "disaster".

The desert showpiece usually provides some runners for the Audemars Piguet QE II Cup and BMW Champions Mile and, at this stage, Mike de Kock's Dubai Duty Free runner-up, The Apache, appears the most likely visitor from the meeting.

Fast-finishing World Cup runner-up Red Cadeaux was believed to be targeting the longer Tenno-Sho in Japan as his next assignment, rather than the QE II Cup at Sha Tin, where he won the Hong Kong Vase in December.