Whyte 'reject' Jack's Gem to prove his worth in Triple Trio

Champ opts for Super Horse, who boasts two wins in his last two starts, and also has a banker in Golden Addiction in first leg 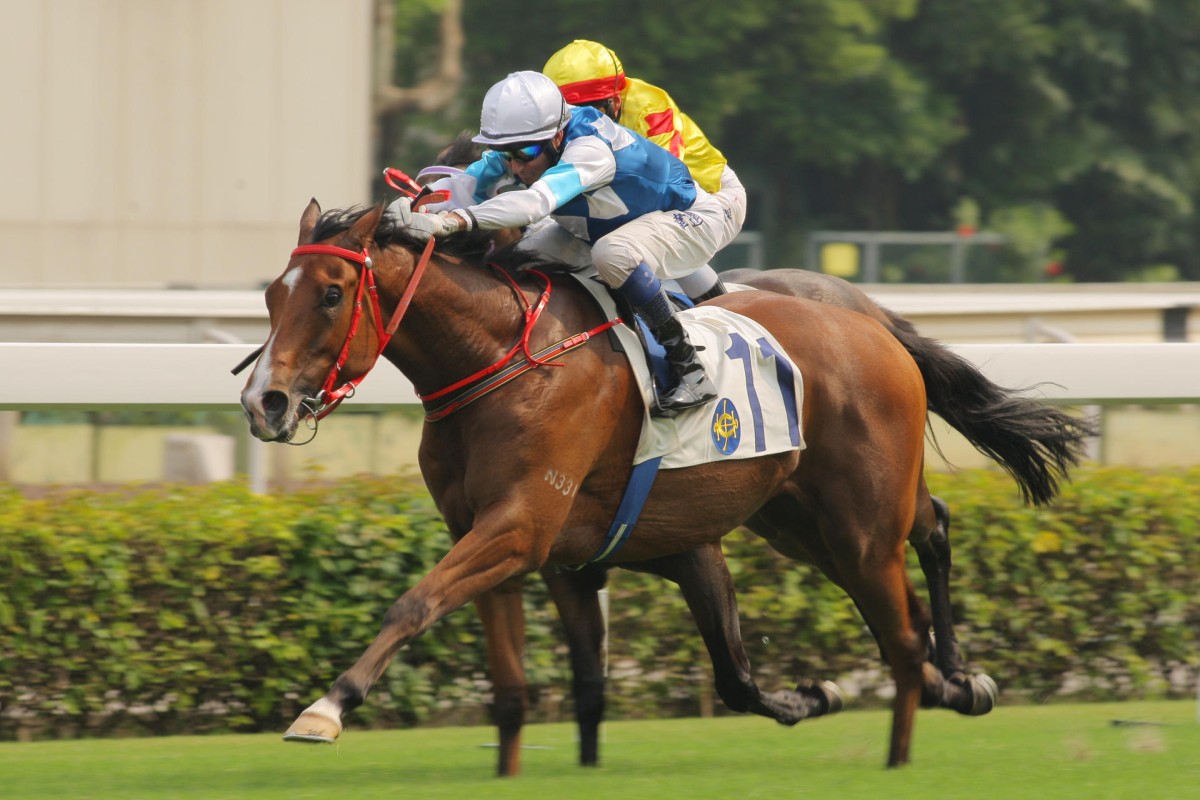 A horse Douglas Whyte has jumped off, another that has attracted his services for the first time and one he has stuck solid to all form the foundation of Triple Trio selections at Sha Tin on Saturday.

After a blowout result last Sunday, the TT is bolstered with a HK$2 million-plus jackpot and the always in-demand Whyte plays a part in each leg - but it's the horse he parts ways with that stands out in the final leg.

That is Jack's Gem, a lightly raced last-start winner from the Dennis Yip Chor-hong yard that has bounced back out of Class Five with back-to-back victories - one win at the end of last term and another to start this season.

Whyte will instead ride the Michael Chang Chun-wai-trained Super Horse, who has his chance and has to go in, but Jack's Gem still has some ratings points left in him and Tye Angland takes over.

Back to the same course and distance (1,600 metres) as his last two wins, Angland will have a job to find a two-wide spot from gate nine - he will want to be midfield or better - but if he can then the four-year-old can do the rest.

It's a just above average Class Four field, the type of race where Thanksgiving (Derek Leung Ka-chun) will be a threat. Rio Willie (Jacky Tong Chi-kit) might have got down to a competitive mark and Surrounded (Colm O'Donoghue) is a possible.

Forever Ahead (Olivier Doleuze) just needs a race to be run right for him and he will break through - his closing sectionals tell you that - but this contest doesn't look overloaded with pace. There's even a chance Dashing Super gets an easy lead for Gerald Mosse.

In the opening leg, a class four over 1,200m, Whyte sticks with Golden Addiction, despite a last-start effort that was disappointing on face value.

He should find 1,200 metres more to his liking this time after being outpaced up the straight 1,000m in his last two starts. He has drawn badly, but seems above Class Four and should run into a place.

Topweight Affection gets seven pounds off for Dicky Lui Cheuk-yin's claim and first-up over the trip should run well - he is a double banker option for brave punters.

Affection has been disappointing relative to the betting support he gets, as far as wining goes, but was consistent enough late last term and may have improved slightly from three to four.

K-Moochi (Zac Purton) needs to find the front and, just as importantly, the fence, to show his best. From gate 10 that might be tricky, but he is a chance of sticking around to challenge in a weak race.

Keep a close watch on and check the trackwork of Caspar Fownes' first-starter Robust Momentum (Vincent Ho Chak-yiu) - he has been given two quiet trials leading into this.

The horse Whyte gets on is Danny Shum Chap-shing's inexperienced three-year-old Lucky Bonus in the middle leg, a 1,400m Class Four. He was backed last start and stuck on gamely for fifth despite doing plenty wrong.

He has drawn ideally in three and can easily cross to a one-off spot without being hunted out of the machine, as he was last time. A key gear change to crossed noseband should have him racing more tractably as well.

There are a host of chances - Dragon Glory (Andreas Suborics) draws one and gets a cushy run, while Winning Boy (Doleuze) and Safari Magic (Mosse) have hopes.