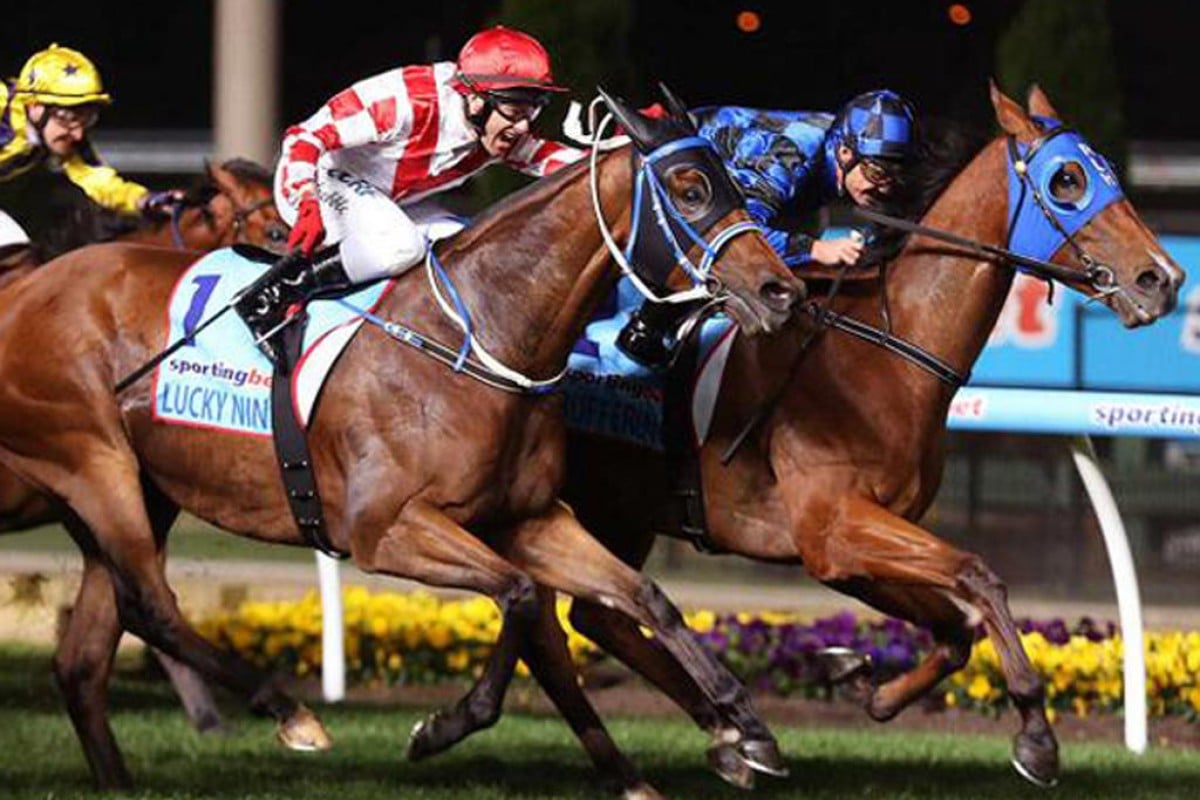 Trainer Caspar Fownes was as happy as he has ever been with a narrow Group One defeat after a luckless Lucky Nine missed out in Friday night's Manikato Stakes in Melbourne, but put himself firmly on the path to a potential US$1 million bonus.

Lucky Nine failed by only a head to run down Australia's best Group One bridesmaid, Buffering, who had finished second six times at the highest level before leading throughout to scrape in over Hong Kong's star sprinter.

But Lucky Nine looked desperately unlucky after losing his position rounding the home turn into the short Moonee Valley straight when he was baulked inside another runner.

Brett Prebble had Lucky Nine in the perfect stalking position before outsider Shamexpress swept around his outside with 250m to go, then began to struggle as the field straightened up and Lucky Nine was held up getting to the outside of him until the final 100m.

"He hit a bit of a flat spot rounding the turn when the winner was going to kick for home," Fownes said. "Normally from there he would balance himself up and it would be game over.

But when Shamexpress came around, he shaved Lucky Nine and rolled into his line and that meant we had to come around his heels before he could get going."

Prebble said the move by Shamexpress, who finished ninth, came at the wrong moment.

"He's always better without horses on his outside and he didn't enjoy that - the other one sort of bluffed him - and it happened just when he was a bit flat holding his spot anyway," Prebble said. "It cost me a length and he's been beaten in a photo. We came hopeful tonight but we're excited about the next one."

Fownes was taking luckless defeat in the rich race in his stride after admitting during this week that Lucky Nine was short of his top form for his first run in five months and his major target was his next run in Australia, the VRC Sprint Classic at Flemington on November 9. Victory there would set Lucky Nine up to win a US$1 million bonus if he can win the Longines Hong Kong Sprint at Sha Tin in December.

"I've got to be happy with that. He had thrived in Melbourne but fitness wise he wasn't where he was when he won in Singapore in May and he's going to come on a lot for this," Fownes said. "I'm really looking forward to the next race."