Trainer Caspar Fownes was at a loss to explain Lucky Nine's poor showing in the Group One VRC Sprint Classic at Melbourne's Flemington racecourse Saturday after Hong Kong's top sprinter trundled in a modest sixth as the race favourite. 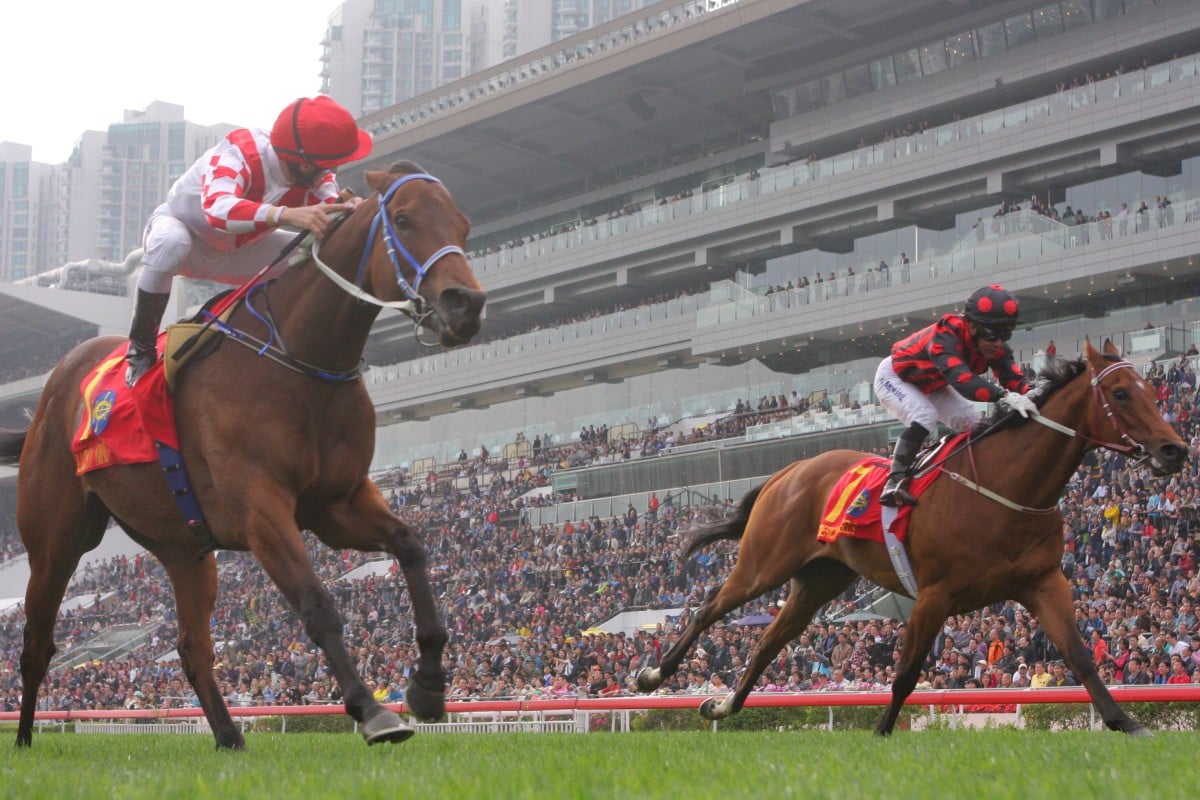 Trainer Caspar Fownes was at a loss to explain Lucky Nine's poor showing in the Group One VRC Sprint Classic at Melbourne's Flemington racecourse Saturday after Hong Kong's top sprinter trundled in a modest sixth as the race favourite.

After an unlucky defeat at the hands of Buffering in the Manikato Stakes at Moonee Valley, when Fownes believed Lucky Nine short of top fitness, the gelding was expected to atone in his primary Melbourne target.

But after showing speed to be in touch with Buffering to the 300m, Lucky Nine (Brett Prebble) was quickly shrugged off by the front runner and was very tame finishing four and a half lengths away at the finish while the leader went on to take the race.

"All I can think of is that he didn't like the straight course," said Fownes soon after the race.

"I'm getting him checked over now and there seems to be nothing physically amiss with him but he was the first horse beaten.

"Wherever Buffering finished, I thought we should be finishing there with him, win, lose or draw.

Before the race, Lucky Nine's ability to perform up a straight course was the one question mark over his credentials as favourite for the race.

He had not won in two attempts at the Sha Tin 1,000m course although he had been victorious in a straight race as a two-year-old in Ireland.

"He was out there exposed in the daylight the whole way and he can be a funny horse when it comes to getting cover or not getting cover," said an obviously disappointed Fownes. Brett just said he could feel the horse wasn't doing his thing, so he didn't kill him in the last bit but just kept him going hands and heels.

"On face value, he was just disappointing but at least we still have a horse."

"Maybe we'll find out more in the next few days before we bring him home for the Hong Kong Sprint."

The winner Buffering had been a Group One bridesmaid with six elite level seconds to the likes of Black Caviar and Hay List before he broke through in the Manikato and now can lay claim to being Australia's leading sprinter after putting Group One wins back to back.

However, he was not entered for the Longines Hong Kong Sprint next month.

Nor has he been inoculated to make the trip via late entry, and trainer Robert Heathcote told the media the 2014 Hong Kong internationals looked a more likely target.