Douglas Whyte is not normally so generous in his praise, so when he labels a maiden winner a 'Group horse' punters should be wary for their Triple Trio investments 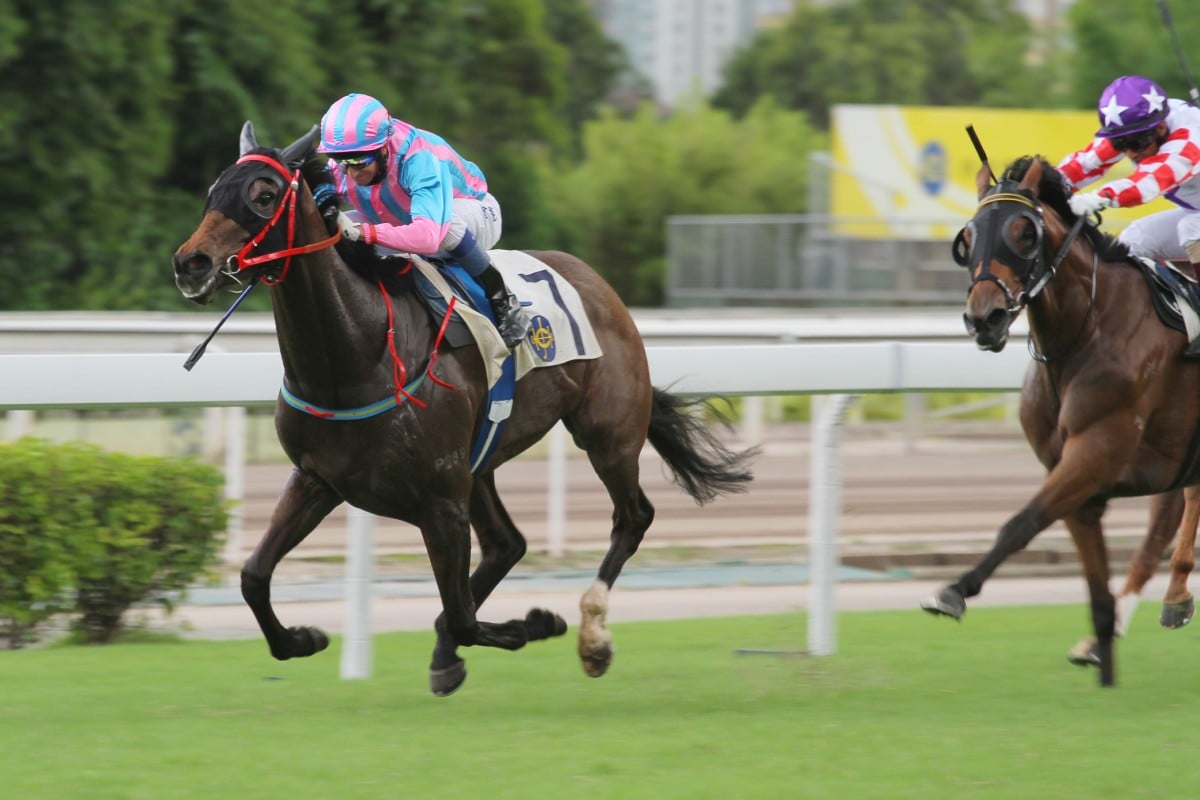 It's not often Douglas Whyte anoints a three-year-old a "Group horse" after a maiden victory, but that's the assessment he gave of emerging stayer Khaya after a breakthrough Class Four win late last season.

On Sunday the John Size-trained Derby prospect resumes and stands out as the best Triple Trio banker at Sha Tin.

The Dream Team of Whyte and Size reunite as the 13-time champion jockey returns from a three-day careless riding suspension with some plum rides for the stable, including Khaya in the middle leg of a TT carrying a small $1.8 million jackpot.

If Khaya does possess the type of class Whyte claims, then this moderate Class Four field shouldn't be a problem, even with the concerns that come with being first-up over 1,600m.

It took Khaya five starts and a step up to 1,800m to break through last term and it was the nature of that win, or rather what the jockey felt underneath him, that prompted Whyte to wax lyrical about the then three-year-old's talent.

Khaya sat in the one-out one-back position in a race run at a solid clip and hit the front on the home turn, with Whyte having to work hard to keep the young horse's mind on the job all the way up the long Sha Tin straight. Whyte marked the effort down as "better than it looked", given the tempo and circumstances.

Before that Khaya was second at his only try over Sunday's trip, flashing home for second with a closing 400m sectional of 22.62s. The winner of that race, Pleasure Gains, possesses one of the best Class Four form references going around, having not been beaten in three starts since and sits comfortably in Class Two company, with something seemingly in hand.

The New Zealand-bred son of Librettist returns a stronger individual and three solid trials, two over 1,200m on the all-weather track and one 1,000m turf tune-up, dispel any concerns about fitness. Besides, Size doesn't send horses to the races underdone.

Barrier five is ideal for Whyte to take up a trailing position, maybe not as close as he was last start, with a couple of noted leaders in the race. Dashing Super (Gerald Mosse) generally jumps and runs and he should lead, underneath him Great Stories has been pushed to the front previously but may take a sit. Blossom Daily has drawn wide and might not have the speed to get across and challenge, but if he does that would create above average pressure up front.

In the opening leg, a Class Four over 1,400m, Demon Demon (Angland) and How Speedy (Joao Moreira) stand out and should be considered as double bankers. Throw in T-Bolt (Whyte), Sante Fe Sun (Purton) and Spurs On (Prebble).

The final leg injects some quality into proceedings with the Group Two Longines Jockey Club Cup (2,000m) acting as final leg of the TT.

The absolute standouts from a ratings standpoint are the two horses carrying the five-pound penalty for open-age Group One wins in Military Attack (Purton) and California Memory (Matthew Chadwick). Rather than bank, play around with those two and the well-drawn Endowing (Angland). Of the others, perhaps Akeed Mofeed (Whyte) can find some form and Ashkiyr (Moreira) should be running into it late.