The inside gate is always crucial, particularly at Happy Valley, and it looks an important key to snaring the big prize tomorrow night 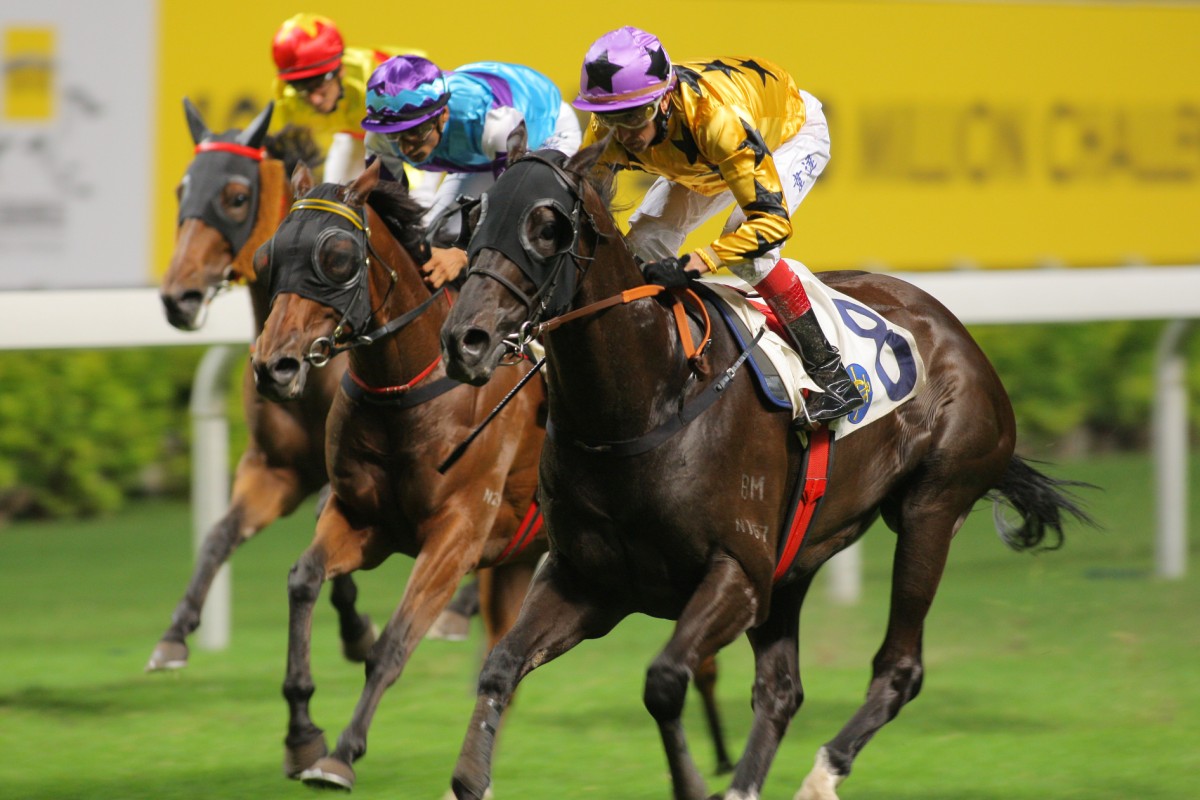 Barrier one is the common denominator for the three best bankers in tomorrow night's Triple Trio at Happy Valley, starting with Richard Gibson's stayer Dragon Pins in the opening leg.

Gibson has already won two races with Dragon Pins since he was transferred from Almond Lee late last season, including a first-up success over 1,650m at Happy Valley in late September.

That took the New Zealand-bred six-year-old to a rating of 53, and there still seems scope to go at least one win higher and up into Class Three.

Last start Dragon Pins was stepped up to 1,800m second-up and was a fair fourth behind Backbench Blues and found to be lame post race. It was the horse's second time beyond 1,650m after his failure over 2,200m in June, and he showed enough to suggest that it is a distance that will suit. He has trialled very well on the dirt over 1,200m since, ensuring any issues are out of the way.

Tye Angland is having a career-best season, and takes a rare ride for Gibson, the pair only combining four times previously and yet to win a race together.

Recent statistics reveal a horse hasn't won from gate one on the "B" course over 1,800m since the start of the 2011-12 season - that's 23 runners in total. But that might be more of a statistical outlier in what is a small sample size, as the other low gates have good records.

This isn't a strong race, and Dragon Pins' ability to sit handy could be the key factor, so gate one is the best place from which he can take advantage, especially with what looks like a lack of speed.

Better Announce (Brett Prebble) didn't handle 2,200m last start but could be the horse to take advantage of a soft tempo back at 1,800m.

Able Magic (Derek Leung Ka-chun) steps up to the trip for the first time, he can go in along with Malayan Pearl (Douglas Whyte) and Owners' Glory (Joao Moreira) - both of them boasting career-best efforts at the distance.

The middle leg is a Class Three over 1,000m, and Zac Purton teams with Caspar Fownes on The Prince, a front-runner drawn one. Unlike the first leg, the contest should be run at a fast and furious pace, and Purton won't have to make as much use of his horse from the draw.

Even though The Prince, at six and after 34 starts marked up to his absolute best with 133 pounds, he seems a solid place chance from the map alone. Eastern Promise, Bundle Of Joy, Rocket Let Win, Sight Believer and Tomodachi have all had a go at leading at some time or another and being able to sit back and wait for the fireworks could pay off for Purton.

Sight Believer (Angland) gets 13 pounds off the winner and seems adaptable enough to opt out of the speed battle and take a sit, and is a top winning hope. Include Bundle Of Joy (Moreira) and Eastern Promise (Prebble).

The five-year-old hasn't won since qualifying with victory in Australia but keeps running around the money. His consistency puts him into the banker slot - he only has to fill a place after all.

David Hall has had some great success with Almond Lee stable transfers in the past, most notably Solar Great, and Great Pegasus (Whyte) looks another that can jump up off his rating judging by his first-up win for the stable.

He is another possible banker from gate two, with Naughty Baby (Matthew Chadwick), Domineer (Gerald Mosse) and Joy Together (Andreas Suborics) options.