Manner has the Green light to win feature

Green Manner has yet to cross the line first in a race in Hong Kong but a kinder barrier draw for the Pearce Memorial Challenge Cup (1,600m) could see him turn things around at Sha Tin today. 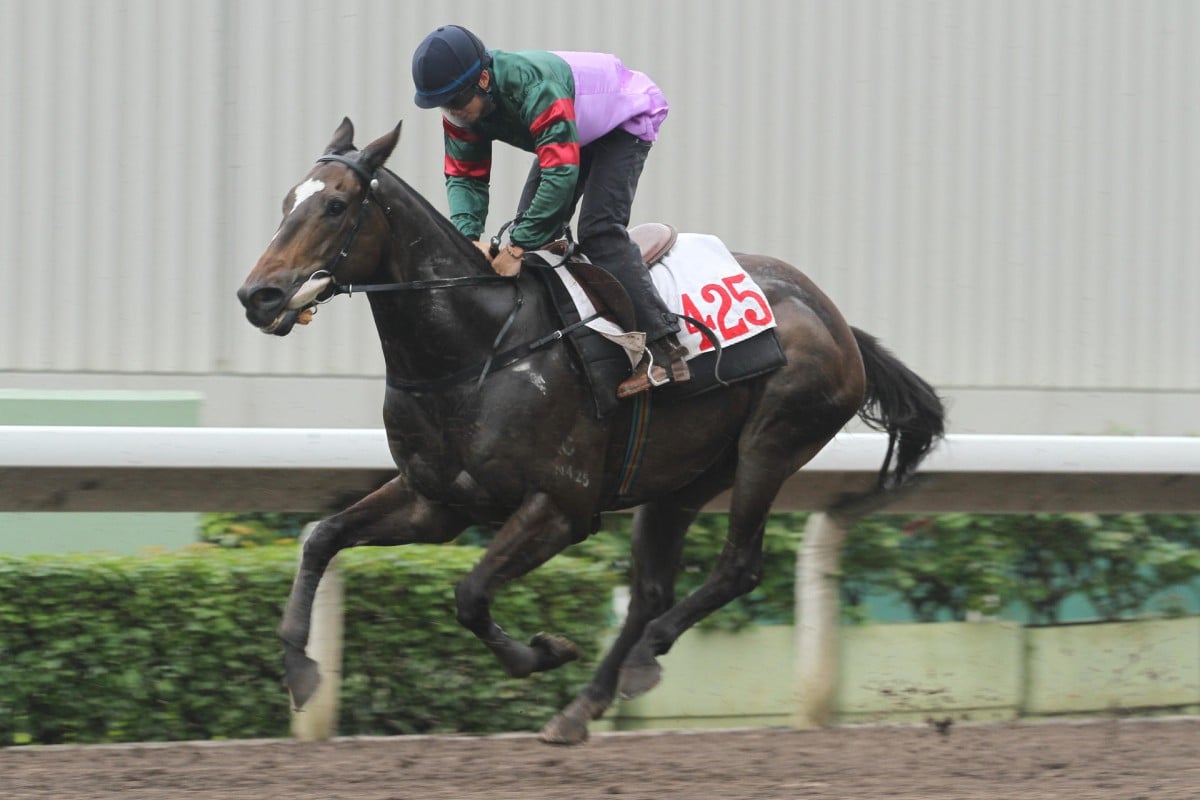 Green Manner has yet to finish first past the post, although he is officially a winner, but he gets his opportunity to get his head in front today at Sha Tin. Photo: Kenneth Chan

Green Manner has yet to cross the line first in a race in Hong Kong but a kinder barrier draw for the Pearce Memorial Challenge Cup (1,600m) could see him turn things around at Sha Tin today.

On face value, Green Manner (Tye Angland) looks to have the task ahead to make up the four-length margin of his defeat behind John Moore-trained Approve (Neil Callan) last time out but the barriers may hold the key.

That last meeting, also over this track and distance, was a race lacking tempo on paper pre-race and connections of Green Manner elected to go forward early from barrier ten to do something about that.

Angland jumped the gelding well and was able to cross over to the box seat trail as the habitual leader Approve pressed on to dictate the tempo but Green Manner looked to be a little keener than usual in that close role.

When the button was pressed in the straight, there was little kick there and Green Manner didn't finish his race off while Approve booted on strongly to win with comfort.

If that's the Green Manner we see again today then Approve will beat him again, but a better version of Green Manner has been the one ridden more quietly and finishing off.

From gate five, that looks a more likely tactic if Me Tsui Yu-sak and the horse's connections bite the bullet and concede the possibility that the tempo might not be strong and just take the ride that suits their horse if not the pace. Tucked in, Green Manner can still sit in the first half of the small field but is more likely to find the post in his usual style.

Approve has again drawn towards the outside but will roll forward looking to control the lead once more, though he may have another regular leader in Regency King (Matthew Chadwick) for company this time.

Regency King ran a much better race dropping in grade at Happy Valley pressing forward and, while his Sha Tin form has not been his best, he has run a couple of decent races there in Class Two and does have prospects.

Unlike Green Manner, his natural role is to go forward and Chadwick will be mindful of not allowing Approve too much leeway.

Approve, naturally, is the main danger to Green Manner, with his record already showing three Sha Tin 1,600m wins to his credit. He is no superstar but is fit and firing and his uncomplicated racing pattern attracts good luck - if things work out for him he is tough to run down.